The Emmys are on Monday. See how your picks align with our critics'. 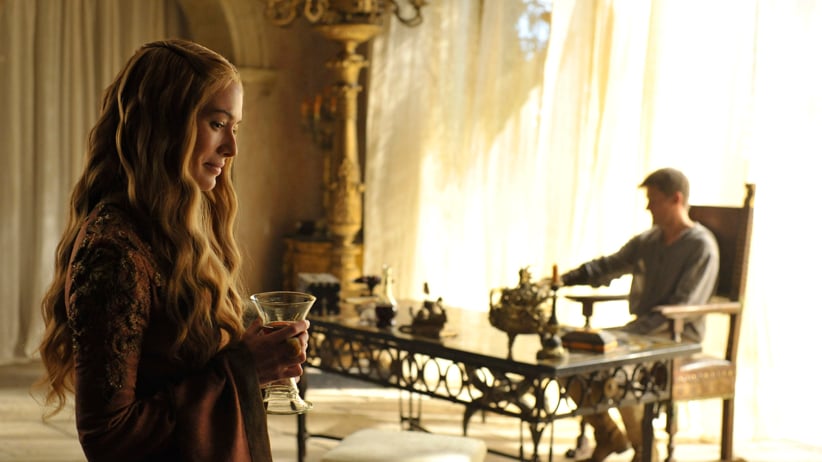 The Emmys are on tonight—eerily early this year, and on a Monday night, to boot—so two of Maclean’s inveterate culture vultures have put their TV-addled heads together to bring you their picks of shows and people to win the most important categories on television’s biggest night.

Weinman   Who will win: Modern Family. This show has met with mild critical disappointment since at least the second season, but Emmy voters love it. It’s their perfect comedy: a “modern” feel (no laugh track, shaky-cam) combined with very traditional storytelling and joke structures, middle-of-the-road politics and a focus on people whose lives and obsessions are very similar to TV writers’. This might be the year its streak breaks, but I just don’t know if a show has come along that voters can love as much, even the relentlessly middlebrow Veep.

Who should win: The Big Bang Theory. This show’s best chance to win probably came and went last year, but it would be nice to see a massively popular show get a nod while massively popular shows still exist. More importantly, the show deserves some recognition for the way showrunner Steve Molaro has increased its popularity and effectiveness over the last few years, as well as being the nominee in this category with the most good comedy parts for women (yes, including Orange is the New Black).

Lee   Will Win: Modern Family. It wasn’t so long ago that I remember Modern Family having a kind of underdog aura to it, arriving on the scene blessed by both mass appeal and critical acclaim, debuting on ABC when NBC was still the king of Thursday comedy. Five years later—each year winning the best comedy Emmy, too—Modern Family is kind of the grey mare that few would be thrilled for if it wins. Too bad that’s what will happen, especially when the best, most interesting comedies are happening off the major networks. (For whatever it’s worth, a sixth comedy Emmy for Modern Family would be a record, besting Frasier‘s five.)

Should Win: Orange Is The New Black. Its second season was darker than the first, but hardly to its discredit: OITNB is a dark comedy that pushed boundaries and delivered a critical smash. It’s also worth noting that even beside Modern Family‘s “mass appeal” factor, OITNB was hardly a slouch; a report by Centris Marketing Science suggests that 44 per cent of Netflix’s 33 million U.S. subscribers watched the second season, which compares more than favourably to Modern Family‘s season-five viewership average of 9.9 million. (Netflix does not reveal its own viewership numbers.)

Weinman   Will Win: Game of Thrones. Can its incredible success break past the voters’ built-in fear of anything with fantasy elements? I think this is the year when it might happen. True Detective is not really a continuing series and hopefully enough of the voters will realize that (as a miniseries, it would have been a shoo-in to win) and House of Cards, apart from not being very good, is on an outlet that many voters still refuse to consider “real” TV. Breaking Bad and Mad Men both seem like old news to a lot of the Academy, and Downton Abbey is … Downton Abbey. I pick Game of Thrones almost from a process of elimination.

Should Win: Game of Thrones. I wouldn’t say it’s the best drama on TV, but it’s arguably the best of this crop of nominees, and in some ways it represents what TV does best today: adaptations on an epic scale, catering to the worldwide mood of pessimism, with the gloom leavened by action, soap opera and sex. This mixing of the pleasures of old-fashioned and modern entertainment is what makes it so popular, and again, there’s nothing wrong with rewarding a big hit every now and then.

Lee    Will Win: Breaking Bad. It’d be preposterous to think there’s actually any competition in this category, when the just-about-perfect Breaking Bad just completed a final season for the ages. The contenders are kind of lightweights: Downton Abbey continues its fade; Game of Thrones is driven by cliff-hangery intrigue, rather than any kind of transcendent excellence; House of Cards is an inexplicable plot painted in distracting, high-production gold. Mad Men​, meanwhile, was great, but this wasn’t its last season, so the show will have to wait a year before they take this (and most other) categories. True Detective sits in a strong second-place, even if it’s technically a miniseries, but it too was less than the sum of its gussied-up potential parts.

Should Win: Breaking Bad is the one that knocks. 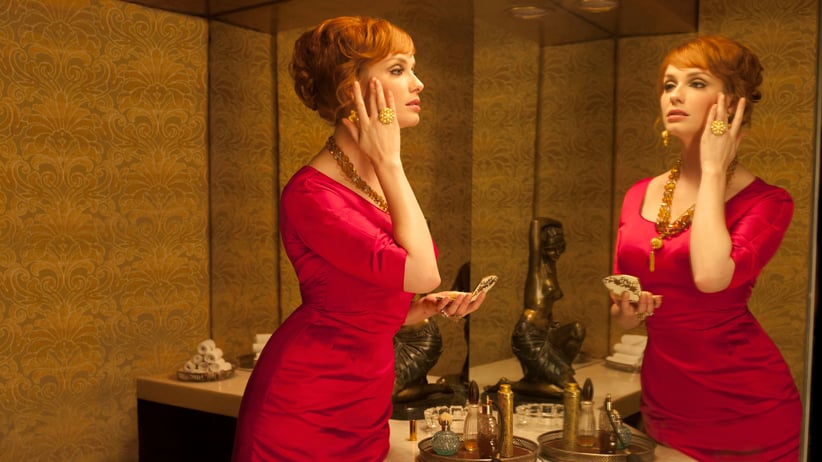 BEST ACTRESS IN A COMEDY

Weinman    Will Win: Julia Louis-Dreyfus, Veep. Kind of a no-brainer. A show beloved by Academy types, starring one of the great comic actresses of TV, and unlike Orange is the New Black or Nurse Jackie or Girls, it’s definitely a comedy.

Should Win: Amy Poehler, Parks & Recreation. The show may be past its prime, but Poehler’s skill always keeps it watchable, and her character, while similar to Dreyfus’s, is more grounded and real.

Lee    Will Win: Julia Louis-Dreyfus is the engine of Veep, and that’s a show that is now, three seasons in, firing on all cylinders. Plus, the Academy was pretty fond of that little Seinfeld show. Make it back-to-backs for Selina Meyer.

Who Should Win: It’s kind of wild to think that Amy Poehler has won nothing for her amazing work on Parks and Recreation, and while the show’s quality has no doubt slipped as it enters its seventh season—and it would be somewhat unfortunate to reward that—it would be a shame for Poehler not to be recognized at some point by the Academy. Now, with the show heading into its final season, would be better than never, which feels possible since P&R lacks the pedigree that would inspire end-of-series victory-lap awards (as 30 Rock did).

BEST ACTRESS IN A DRAMA

Weinman    Will Win: Claire Danes, Homeland. Probably the Academy has the highest percentage of people who remember that Homeland is still on, and Danes is still playing the kind of role that impresses them.

Should Win: Lizzy Caplan, Masters of Sex. Caplan has built an impressively unusual career for someone who could have been (and deliberately chose not to be) a conventional TV lead. Like most period dramas, Masters of Sex may be a little inclined to pat itself on the back about the past’s inferiority to the present, but it’s still an impressive achievement and Caplan’s Virginia Johnson is one of the best roles for a woman on a cable drama.

Lee    Will Win: Without Kerry Washington, Scandal is a merely an overwrought production with facile cliffhangers and overdone conspiracy-laden plotlines. But the show was 200 per cent more cliffhanger-y this season, and her performance (though often one-note) in the series by the apparently unimpeachable Shonda Rhimes is constantly buzzworthy. Two-time winner and reigning champ Claire Danes remains a threat in this category, but let’s be real—Homeland these days is an inexplicable mess.

Should Win: Julianna Margulies has presided over what’s undeniably the best season of The Good Wife, a show that not enough people are talking about, despite the massively heart-wrenching plot twist and its transition from legal procedural into a poor man’s Mad Men where a lot more stuff happens.

BEST ACTOR IN A COMEDY

Weinman    Will Win: Jim Parsons, The Big Bang Theory. He always wins. And the competition this year is pretty weak, with few actors who are really playing comic parts; no Alec Baldwins this time around.

Should Win: Louis CK, Louie. I’d prefer a winner playing true comedy—Louie has effectively stopped being a comedy, even though it’s still very good for what it is. Still, he deserves recognition not only for the performances he’s giving, but the tremendous influence his show is having on television and new media.

Lee    Will Win: Jim Parsons for the kabillionth time for The Big Bang Theory, a bland show that continues to can laughs with little artistry. (Sorry, Jaime, but that’s how I feel.)

Should Win: Louie CK. There are few shows that bear clear imprimaturs of their showrunner, and there are even fewer where the showrunner is the lead actor, warts and vulnerabilities and tics all on display. With its fourth season, Louie is now fully formed: funny, dark, sad, beautiful, and thrilling in its own way. The last five episodes are some of the finest episodes of television I’ve seen all year. Also, the Parsons-C.K. split is precisely why we still bother with “should win/will win.”

BEST ACTOR IN A DRAMA

Weinman    Will Win: Matthew McConaughey, True Detective. A big name with a show-offy part. And the world will shrug and say “at least it’s not Kevin Spacey or, God forbid, Jeff Daniels.” Also, general kudos to the Academy for not nominating James Spader, even though I have this feeling he might somehow find a way to win anyway.

Should Win: Jon Hamm, Mad Men. It’s getting a little ridiculous that no regular actor from Mad Men has ever won an Emmy. Understandable, yes, because the style of the show requires everyone to play it subdued and a little chilly, and that’s not the kind of acting that wins you awards no matter how well you do it. But come on, Hamm’s acting (the opposite of ham acting) is key to the show’s success.

Lee    Will Win: Once again, it’s a battle between Breaking Bad and the Hollywood duo of True Detective. Problem is: can anyone really say that one of Matthew McConaughey and Woody Harrelson out-acted the other? Meanwhile, Bryan Cranston is nominated, notably, not for his performance in the series finale episode but for the tour-de-force that was Ozymandias, perhaps the best episode of the series’s transcendent last season.

Should Win: Bryan Cranston is arguably now the most important TV actor since James Gandolfini. This Emmy will be a thank-you for his part in redeeming the medium over the last five years. (Jon Hamm will get his next year.)

Weinman    Will Win: Fargo. Since HBO decided to pretend True Detective is a continuing series, that leaves the field clear for this other entry in the relatively new category, the seasonal anthology. And it’s FX’s chance to finally get a big award after mostly not getting its due at the Emmys.

Should Win: Fargo is clearly the class of this category, and would be even if True Detective was competing with it.

Lee    Will Win: Fargo earned 18 nominations this year, and rightly so—it is arguably better, fuller, and more entertaining than even the classic Coen Brothers film that inspired it and its world. It had the star power of True Detective (Billy Bob Thornton and Martin Freeman among those descending from the silver screen for one season of TV) and the humour, feral performances and protagonist’s descent into villainy that defined Breaking Bad.

Should Win: Huffda—Fargo in its first season was some kind of show!