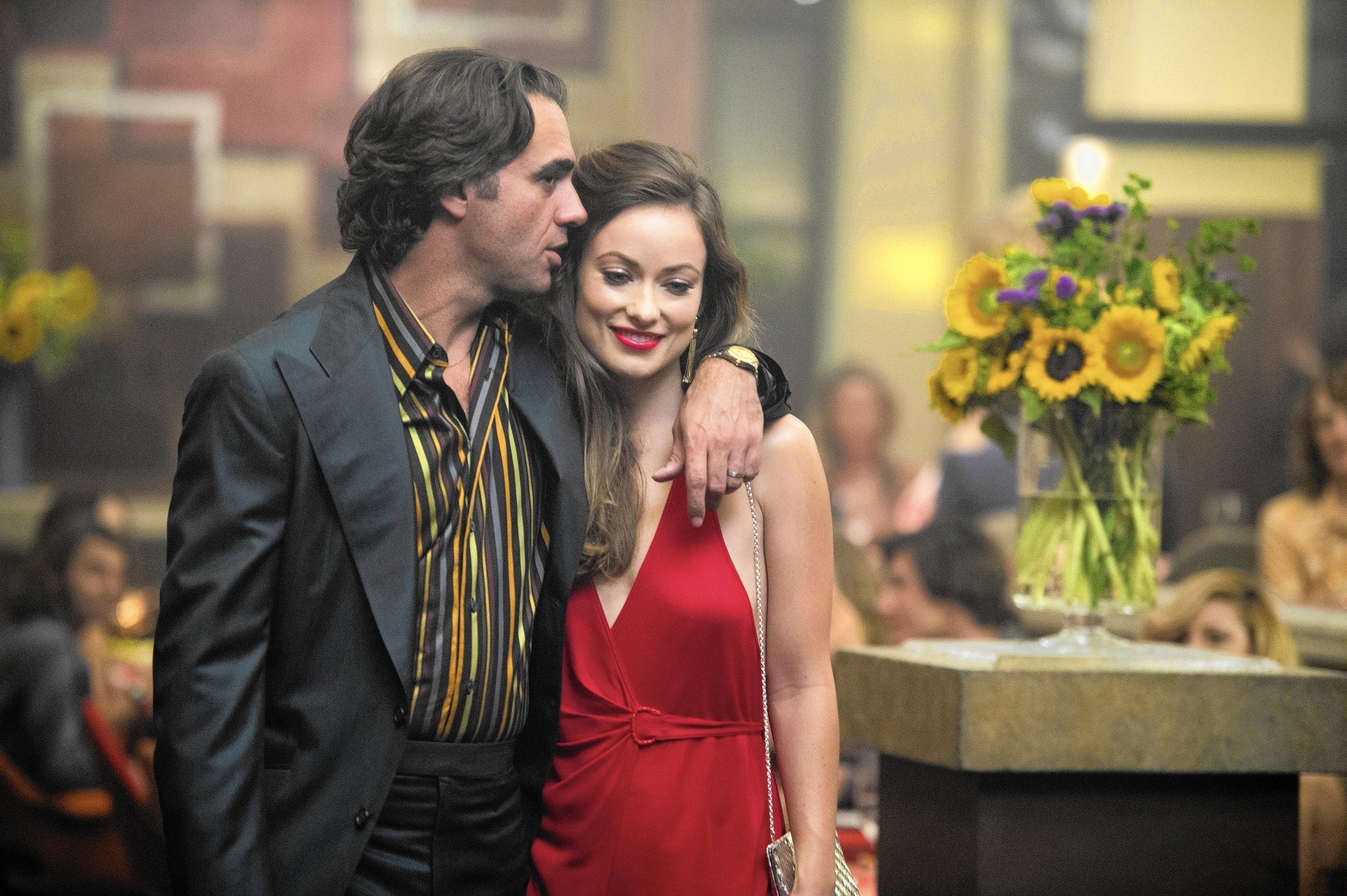 The new HBO series Vinyl, set in 1973, has music pulsing through almost every frame. The soundtrack of the show, which premiered Sunday night, is carefully assembled by people who are obviously huge music fans—and who also have an incredible licensing budget, not just because of the sheer quantity of music but because of who they got: Pink Floyd, the Rolling Stones, The Who, Otis Redding, CCR. That kind of platinum doesn’t come cheap.

Co-executive producer Martin Scorsese, who directed the two-hour premiere, loves music almost as much as he loves film and his native New York City (this is his first film set in 1970s Manhattan since Taxi Driver). Music has been an integral part of his work since almost the beginning, from hiring veteran composer Bernard Hermann to score Taxi Driver to making the throwback musical New York New York to his recent spate of documentaries on blues, the Beatles and Bob Dylan. Then, of course, there is what many consider to be the greatest concert film ever, 1977’s The Last Waltz, directed by Scorsese, about a bunch of scrappy Canadians called The Band and dozens of their more famous friends.

The Last Waltz has great music in it, no question, but the interstitial interview segments, conducted by Scorsese, are downright painful to watch. In them, the director—who was a good cocaine buddy of guitarist Robbie Robertson—asks naïve and fawning questions like a wide-eyed teenage boy who can’t believe he gets to hang out with his heroes. (Scorsese was suitably satirized in This is Spinal Tap, where Rob Reiner played a Scorsese-esque inquisitor lobbing softball questions.) Scorsese is so in awe of his favourite music that he can’t possibly treat it with any objective distance—which is probably why he’s used the Rolling Stones’ “Gimme Shelter” in no fewer than three of his films (Goodfellas, Casino and The Departed). And it’s why he used a live version of Pink Floyd’s “Comfortably Numb,” with Van Morrison on lead vocals, recorded at the Berlin Wall, to underscore what turns out to be an incredibly awkward and distracting sex scene in The Departed.

In Vinyl, we have Scorsese making a TV series where the lead character, record exec Richie Finestra, loves music so much but cannot make it. He devotes his life to it hoping it will love him back. He tries to seduce it. He tries to bully it. But his love remains unrequited. The reasons why are obvious: what does Richie offer of value to musicians? Most are happy to suck up to him, but he has no real relationships with his artists. He can make them famous, but his entire business model is built on ripping them off. Richie feels remorse for the fact one of his biz mentors destroyed his first signing, but he didn’t learn any lessons from the experience. Richie talks a good game about the power of music, how it can turn your life upside down, how it can change the world, but everything about his character arc suggests that music merely fuels his id, alongside cocaine and greed. He might as well have been a character in The Wolf of Wall Street (which, like Vinyl, was also written by Terence Winter) or Goodfellas or Casino. Vinyl is ostensibly about the music business, but it’s really about business—more specifically, the male ego in business—with an exceptionally well-curated soundtrack. Because money, of course, can buy anything.

Music is, obviously, the best thing about Vinyl. It’s not the only thing. In a make-or-break performance, star Bobby Cannavale is compelling, a combination of a young Warren Beatty and Al Pacino. The direction of subsequent episodes is just as stylish and cinematic as Scorsese’s premiere. The production design and costumes are as spot-on as the soundtrack. Former lovable sitcom star Ray Romano does a complete about-face as a slimy promo man. The rest of the cast is just as strong, including James Jagger, son of co-executive producer Mick, who summons the attitude inherent in his genes to play the snotty leader of punk band the Nasty Bits. (The one recognizable face is a deliciously delightful John Cameron “Hedwig” Mitchell as Andy Warhol.)

The major knock against Vinyl is that it comes too late to the TV universe. The character of Richie Finestra is a perfect hybrid of Tony Soprano and Mad Men’s Don Draper: thug, huckster, family man, substance abuser, and a man adrift in a shifting culture. All three shows venerate their anti-heroes, with nods to inherent misogyny and racism in the white man’s world, nods that walk an extremely fine line between condemnation and tacit acceptance in the eyes of beholders. Boys will be boys. We’ve seen this world before. Other than his milieu, what on Earth is so appealing about Richie Finestra? Why do we care if he succeeds or fails?

Even his love of music is questionable. If Richie is such a passionate music fan who’s obsessed with the cutting edge—the kind of guy who apparently sees the promise in both punk and hip-hop in 1973—what is he doing with Donny Osmond on his label, or making decisions about Robert Goulet’s Christmas album? And why do all his epiphanies only happen when he’s sky-high on cocaine?

The weight, then, falls to the secondary characters. Everyone else he works with is loathsome, except for the ambitious errand girl who aspires to A&R, and the black secretary Richie claims he needs “because it makes me look hip—or is that hep? I can never remember.” Richie’s wife, a former Warhol model turned housewife in suburban Connecticut (a transition soundtracked in one sequence with a brilliant segue from the Velvet Underground into the Carpenters, which works for reasons other than the fact both bands had female drummers), is little more than a plot device, though Olivia Wilde makes the most of the part. More intriguing is the black blues singer who was collateral damage in one of Richie’s earliest deals, and returns to exact his revenge by managing a new client. Likewise the whip-smart former female colleague, whom Richie pleads to come work with him again. Every female character here has slept her way to positions of what limited power they have. It’s a man’s, man’s, man’s world.

But who needs likeable characters? Vinyl brings to life every rock geek’s library shelf of biographies and oral histories. We’ve got the music, man. Or do we? Shows like Nashville and Empire are just as guilty as Vinyl of exceedingly heightened plot twists, but at least those shows also get to the heart of creation, showing musicians actually writing songs. For a show about music’s raw power, Vinyl is incredibly slick: the anarchic punk band is so obviously polished and lip synching in the live footage—even rehearsal scenes. There is no amp buzz to be found, no feedback. Then again, the show isn’t called Raw Power. It’s named after a finished product, a commodity. And despite the fact that only recently has TV deigned the music business worthy of serious dramas, it’s something we’ve heard before.