Music is the hottest thing going on TV

Music may not be selling in music stores, but it's gold on the small screen 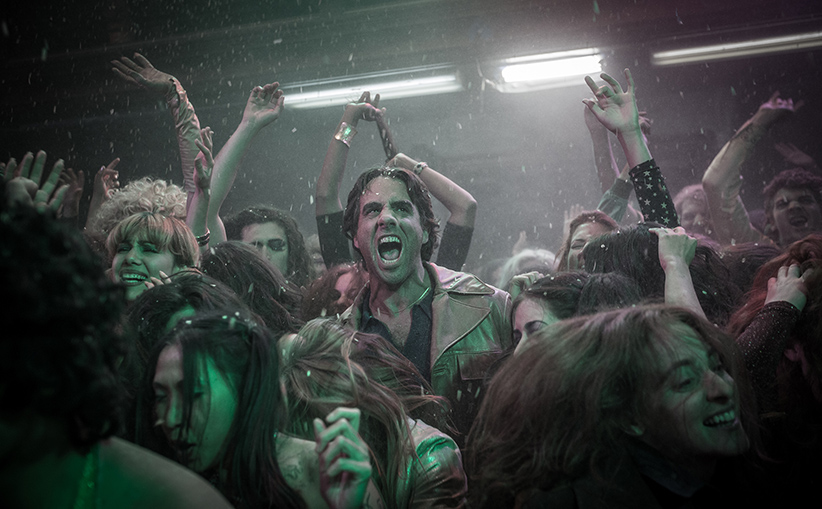 The music business is collapsing, but you’d never know that from watching TV. The No. 1 show on Fox is Empire, about a feuding family at the heart of a successful hip-hop record label. The show Nashville has spawned six soundtrack albums and is credited for giving its titular city an economic boom. Mozart in the Jungle got glowing reviews and a Golden Globe for its portrayal of classical musicians in modern-day New York City. Now HBO has given a big push to Vinyl, a show set in 1970s New York, produced by Martin Scorsese, who directed the two-hour premiere. There are more on the way, including Star, another project from Lee Daniels, creator of Empire, and a Netflix series from Baz Luhrmann about the early days of hip-hop, starring Jaden Smith and Jimmy Smits.

In the 70-year history of network TV, music has almost always been relegated to variety shows or competitions, not fare for dramas or comedies. Before 2007’s HBO comedy Flight of the Conchords, the number of fictional TV shows about musicians or the music business could be counted on one hand, largely whimsical in tone (The Partridge Family, The Monkees, WKRP in Cincinatti, Fame, The Chris Isaak Show). The new shows are old-fashioned soap operas with ridiculously heightened plot twists, and something more important in common: they’re either co-created by musicians (Mozart in the Jungle is based on a memoir; Mick Jagger is an executive producer of Vinyl) or keep well-respected music producers on the payroll as consultants (Timbaland on Empire; T-Bone Burnett and Buddy Miller on Nashville).

Related: Vinyl is a slick production that comes too late

Consequently, musicians are seeing their world reflected on the small screen with some accuracy for the first time: both glamour and grit, the intersection of stars and up-and-comers, gossip and back-scratching. Nashville, the town, “really does centre around songwriting sessions,” says Helen Britton, vice-president of Toronto label Six Shooter Records (Whitehorse, Tanya Tagaq), “and the series shows that. People go there to get publishing deals, and there are 9-5 jobs where you’re co-writing with someone in a room.” David Simon’s Treme, set in New Orleans, was also acclaimed for its portrayal of working musicians—and for its use of live music.

Of course, it’s also fun to point out what the shows get horribly wrong. Julie Fader, who’s sung with Blue Rodeo and Great Lake Swimmers, says, “I think it’s magical the way a full North American arena tour can be booked, promoted, rehearsed and sold out in less than one day on Nashville.” Hip-hop historian Dalton Higgins says, “Record release parties are never as lavish as you see on Empire, not even back in the day in New York City.” “Nashville is pretty accurate,” deadpans Jason Tait, drummer with Bahamas and the Weakerthans. “Four seasons, and the drummers have had, um, zero lines.”

Related: Mozart in the Jungle brings the sex, drugs and oboes

Empire, in which a record exec whose company was founded on drug money goes to jail for murder, is not nearly as far-fetched as it might seem. “When the show talks about drug dealers funding and fuelling record labels, that’s not fictional,” says Higgins. It’s been true of everyone from Jay Z and Wu-Tang Clan all the way back to Sugar Hill Records, funded in part by Morris Levy—a man whose music business interests since the 1950s were alleged to be a front for the Genovese crime family; he inspired the character Hesh Rabkin in The Sopranos. “A lot of the best records in rap deal with these characters,” says Higgins. “There’s always been a thread of the underworld running through the music business in America,” says Bernie Finkelstein, who ran True North Records for almost 40 years. “Record company executives at the top end all act like they were in the Mafia—and some of them might have been, I don’t know. And if I do know, I ain’t talking.”

Not coincidentally, all these shows revolve around money more than music: country and hip-hop are genres that still feed a star system, while Vinyl is set during the birth of the blockbuster phenomenon. The show that’s most reflective of working musicians with big dreams everywhere? It’s the one about two about two hapless New Zealand musicians trying to make ends meet on the mean streets of New York: Flight of the Conchords.

FILED UNDER: Editor's Picks Flight of the Conchords Golden Globes Mozart in the Jungle Vinyl