Newsmaker, Jan. 6: We should be talking about how Helbig is going to be big—but we're not 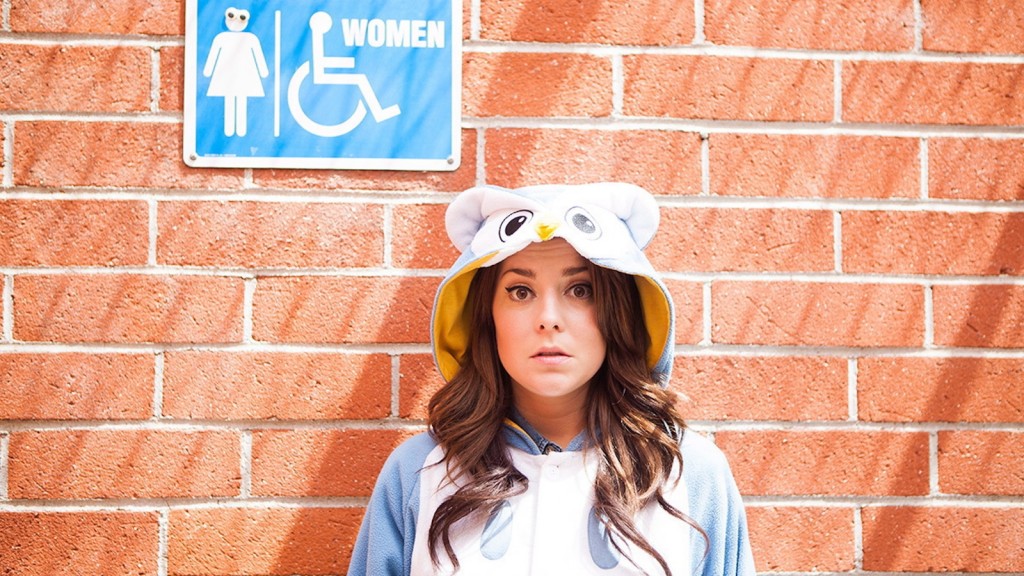 The news, when it first came out in April, stunned most, even if the signs were clear as day: After 31 years at his desk, David Letterman was stepping down from The Late Show. We thrilled again when the rampant conjecture ended up being right—Stephen Colbert was retiring his over-the-top conservative host character to take his place. Craig Ferguson left his show, too, replaced by Into the Woods‘s jolly buffoon James Corden, as Jimmy Fallon and Kimmel watched on, content in their own successes, four years after the Jay Leno-Conan O’Brien betrayals made late-night talk shows—in something of a meta twist—the talk of the town.

But there was no such frisson at Monday’s announcement that E! had picked up a late-night show hosted by the 29-year-old American Grace Helbig. And that’s despite the fact that the announcement sent the show’s tentative title, #TheGraceHelbigProject, soaring to the top of trending Twitter topics, and the fact that in just six years, she’s a self-made YouTube star with a rabid fan base numbering more than two million—and the fact that The Grace Helbig Project has as good a shot as any to be the next big thing.

The YouTube world is one that most don’t know. There’s even one in our own backyard: Markham, Ont.’s Lilly Singh, perhaps anonymous here, but not to her more than four million followers on her YouTube channel. Helbig isn’t even the most famous of them all, but she is perhaps ideally suited to be the pioneer in her field. She’s got nearly one million Twitter followers to her name; she’s even proven she can dominate an old-media field, as her book, Grace’s Guide: The Art of Pretending to be a Grown-up, hit No. 1 on the New York Times bestseller list. And her style—her big, lunkish, charming, effervescent silliness—is as bright a symbol of web content’s possibilities as there is. Indeed, while Fallon and Kimmel appear to need to strain and contort to strike the viral goldmine, she does it with human admissions of awkwardness, imperfect improvised jokes, a quick-cut, stuttering, harried dig at herself. (Sample line: “I like my lighting like I like my breakups: harsh—nope.”) It’s that shaky camera work, its amateur quality, and that pretense-free effortlessness that resonates with the young, connected viewers that represent her audience.

Sure, much will be made—and rightly so—about the fact that Helbig will be the only woman on late night. (It’s not ideal, of course, that she effectively represents E!’s replacement for the departed Chelsea Handler, who previously held that title, but an imperfect Band-Aid is better than having no women on air at all, probably.) The thing that makes Helbig noteworthy is that there’s a good chance her show will be the one to shake up a creaky TV industry that talks in the language of obituaries but refuses to boldly overhaul. The mostly untouched frontier of Internet stars is a legitimate market that just earned its laurels from traditional media, and it’s thanks to its ability to ratchet up fans and support from young people; Helbig, in her own eccentric way, represents the very id of the generation that marketers and advertisers talk about only in hushed tones, a demographic that has squirrelled themselves away from the prying talons of typical metrics—ratings, purchases, viewers, even followers—in untrackable ephemera such as Snapchat, Instagram, and the like. Those are a new kind of viewer looking for something totally different from the canned interviews and inflexible monologues of yesteryear. “Traditional TV is slowly figuring out the power and influence of YouTube,” Helbig told the New York Times in a November profile. “TV isn’t creating communities; it’s creating a viewership. YouTube is creating communities, a fandom, which I think is more powerful.”

Of course, Helbig isn’t too big to fail. Already, there are signs of worry—specifically, E!’s press release boasting about a “rich multiplatform experience,” the kind of bland bafflegab that could imply that this will be a standard show with some Twitter tricks and Instagram glitter thrown on. This would be bad; shoehorning her into a dying format with a new coat of social-media paint will just mean that the empress will have no clothes. But, come April, if The Grace Helbig Project is allowed to retain its quirky beats and totally unique style, it could very well become popular in new ways and, therefore, monetizable in new ways—and possibly herald a revolution in the most ancient of TV formats.