Colbert and Oliver may get the reviews, but what the public wants is cuddly, unthreatening Jimmy Fallon 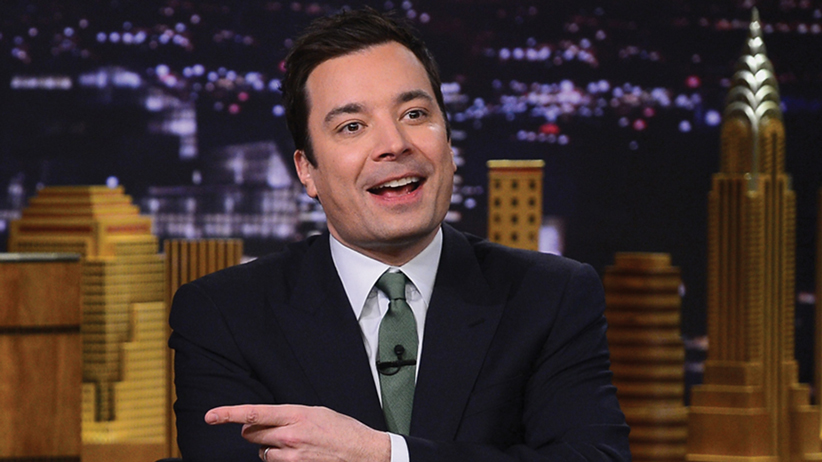 2015 has been a big year for talking about late night comedy: Stephen Colbert taking over for David Letterman, Trevor Noah taking over for Jon Stewart, John Oliver telling HBO viewers what to think. But none of it matters, because Jimmy Fallon is beating all of them. NBC announced this summer that it had signed him to six more years of hosting The Tonight Show. While people might argue with network chairman Robert Greenblatt calling him “the best there is,” no one can deny that he’s the most popular.

Colbert’s widely hyped, well-reviewed Late Show is getting thumped by The Tonight Show Starring Jimmy Fallon almost every night: “In their first five weekly encounters,” Variety reported, Fallon “won by margins of between 28 per cent and 41 per cent.” Meanwhile, Trevor Noah’s version of The Daily Show is down more than 30 per cent from Jon Stewart’s ratings, all but eliminating that show as a serious competitor to Fallon. Colbert has the informative interviews, Jimmy Kimmel made Rob Ford an international household name, but Fallon is the man people actually want to see. And he’s also the top pick for the biggest names: Fallon got the first big late-night interview with Donald Trump, while Colbert had to settle for Jeb Bush.

What’s the secret of Fallon’s success? Well, it helps that he’s completely non-threatening, no matter how controversial the guest may be. When Trump was on, Fallon did that old comedy standby, the mirror routine, with the real Donald sitting in front of Fallon in a Trump toupée. No one ever has to worry that they’ll be ambushed or made uncomfortable while they’re on Jimmy Fallon.

While most other talk show hosts have gone political, Fallon tends to avoid the topic as much as he possibly can (though he did have Indian-American comic Aziz Ansari making fun of Indian-American Republican Bobby Jindal). Instead, he prefers to emphasize nostalgic references to 1990s favourites like Saved By the Bell and The Fresh Prince of Bel Air, and above all, music. His band, the Roots, is an integral part of the show, and many of his sketches revolve around popular music. One of his specialties is the lip-sync battle, where stars like Ellen DeGeneres mug shamelessly while moving their lips to pre-recorded pop hits. Comics who try to teach us political lessons, or grill politicians on their views, may get the best reviews, but people are turning to Jimmy Fallon as an escape from all of that, a place where everyone can forget the bitter divisions of our time and just laugh at the silly costumes and songs.

Fallon is also the late-night comedian who’s best adapted to the era of social media. Many of his bits are aimed directly at Twitter, including a segment where he asks viewers to respond to his funny hashtags. In a recent episode, Fallon came up with the hashtag #Illegalizeit, and his fans replied with jokes about annoying things that ought to be illegal. It was an ancient comedy routine, adapted for the mobile phone generation. Fallon’s jokes, like his predecessor Jay Leno’s, are harmless and old-fashioned, but they have a modern, youth-friendly twist—the perfect combination to attract old people and young people alike.

Only one thing can stop Jimmy Fallon now, and that’s Jimmy Fallon. Toward the end of the year, reports began appearing that people were worried about the star’s behaviour. He injured himself several times this year, and the New York Post reports that these incidents weren’t just due to adorable clumsiness: “He likes to drink,” an anonymous friend told the paper. “He likes to go out.” In October, while accepting a humour award from the Harvard Lampoon, he fell on a broken bottle and had to go to the hospital for stitches, an incident that he turned into an anecdote on his show the following Monday. Trevor Noah, Stephen Colbert, Jimmy Kimmel and others may have to hope he keeps falling down, because they’re not going to beat him any other way.