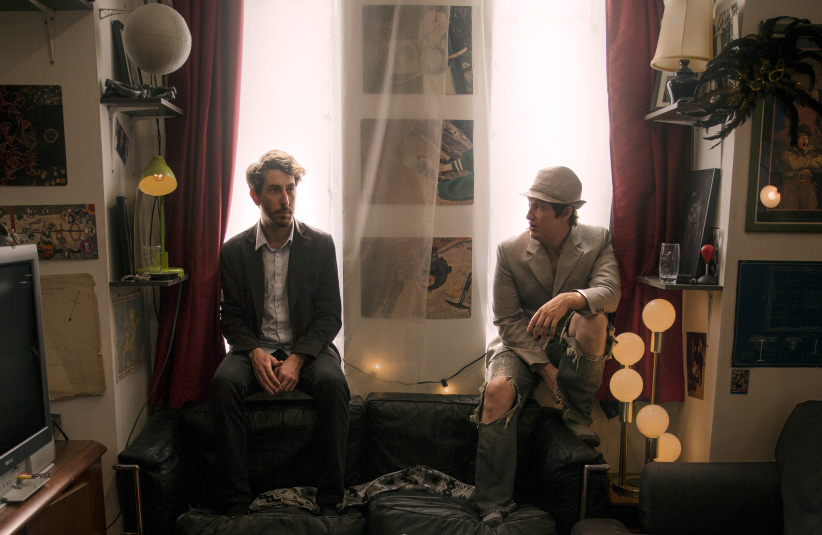 The idea that Canadians are funny is recirculated so routinely that we don’t even question it. It’s a structuring myth that Canadians collectively buy into—something that we hold to be so inalienably a part of who we are—that we rarely bother to consider if it’s actually, well, true.

Sure, we can all point to the rookery of usual suspects, whose grinning faces hang on banners from the rafters in some imaginary Canadian Comedy Hall of Fame: John Candy, Catherine O’Hara, the Kids in the Hall, Jim Carrey, Norm MacDonald, Andrea Martin, that mom who says “Steeped outfit, honey!” in that one Tim Hortons commercial. But then why is it that, as funny as it’s supposed to be, Canada—and Canadian comedy in particular—doesn’t really feel funny?

Look around: our national networks and bus shelter pasteboards are crammed with nepotistic sitcoms built around junior members of aspiring Can-comedy dynasties (Dan Levy with Schitt’s Creek, Catherine Reitman with Workin’ Moms), handed their own TV shows like spoiled rich kids getting the keys to a convertible on their sweet sixteen. Elsewhere, 22 Minutes “star” Mark Critch is getting demolished by Scott “Chachi” Baio in a live-taped Twitter brawl; the snoozy prairie populism of Corner Gas is being revived in cartoon form; even Trailer Park Boys, the great white trash hope, has bloated into irrelevance, after too many seasons and too many rehashed jokes about getting drunk and stoned.

In such a barren, blasted-out comedy hinterland, a new challenger emerges, promising something as weird and unruly as its name: Nirvanna the Band the Show.

To be fair, Nirvanna the Band the Show (or just Nirvanna, for brevity’s sake), isn’t exactly new. The series, which premieres on Viceland and CityTV this Thursday, began as a web series in the late 2000s, created by and starring two irrepressibly goofy longtime friends in their early 30s, musician Jay McCarrol and filmmaker Matt Johnson (whose two features, The Dirties and Operation Avalanche drew critical acclaim in Canada and abroad).

“We were introduced by a girlfriend I had,” Johnson explains, seated at an imposingly long conference table in Vice Canada’s Liberty Village HQ. “She told me, ‘You gotta meet this guy Jay. He’s a real music savant. You should get together and make a movie.’ I was making all these stupid movies in high school. It was all I did. Right away we got each other. We were the way we are in Nirvanna The Band almost right away.”

The online shorts, like the new 22-minute sitcom, saw McCarrol and Johnson playing excitable versions of themselves. They’re a two-man band (with no songs) called “Nirvanna The Band” (no relation to actual grunge icons Nirvana) whose singular ambition was to book a show at the Rivoli in Toronto, the storied comedy club and concert venue that has launched the careers of the Kids in the Hall, among other talents.

That the Rivoli is no longer the most sought-after venue in town never fazes McCarrol and Johnson (the characters). And for McCarrol and Johnson (the real guys), that lapsed relevance was kind of the point. “These guys haven’t updated their plans in so long,” Johnson says. “They got together at 13, decided they wanted to play the Rivoli, and they never really updated the conversation.”

Nirvanna is crammed with these little local in-jokes. For McCarrol and Johnson, Toronto is to their show as Springfield is to The Simpsons: a sprawling, lived-in, quasi-cartoonish backdrop. So when Johnson’s character breaks into an alt-weekly paper to place an ad for their band, they don’t make up some fake hipster rag. They actually infiltrate the (former) offices of local arts, culture, and leftie-politics paper NOW. “NOW Magazine is the paper in the ‘Nirvanna the Band’ town,” McCarrol says. “You don’t need to know that that’s a real Toronto thing. It’s in our world.”

The world of Nirvanna the Band the Show proves difficult to explain. But here goes: in every episode, Jay and Matt cook up a new plan to get their act booked at the Rivoli. They may chuck together a float in hopes of sneaking into Toronto’s annual Santa Claus Parade to impress Rivoli brass stationed along the parade route and try to unfurl a massive, four-storey banner across from the venue, in order to pique the booker’s attention. Naturally, their best laid plans go awry: They sleep through the parade, and the banner accidentally exposes McCarrol’s exposed penis, which the two hapless friends desperately try to cover up with black paint.

Along the way, there are flashbacks sequences, homages to Home Alone and Star Wars and Netflix’s Daredevil, as well as plenty of unscripted interactions with what McCarrol and Johnson call “the real Toronto”—clueless citizens, often unaware they’re even on-camera, who catch Jay and Matt in the throes of one of their harebrained schemes. Imagine Edgar Wright’s turn-of-the-millennium, pop-culture obsessed sitcom Spaced, crossed with the gonzo street theatre of The Tom Green Show, and a hazy picture of the show’s style begins to emerge.

Some of the series’s most exciting elements are those impromptu, unscripted bits. In one such scene, when Matt and Jay roll up the Santa Claus Parade with their crappy float and a police officer bars them from entering, Johnson indignantly blurts out, “I don’t even need to ask your permission. I can just run these people down!” In a hilarious highlight, the two friends ruin a midnight premiere screening of Star Wars: The Force Awakens when Jay loudly describes the on-screen action to Matt, who has gone temporarily blind after watching the original “Star Wars” trilogy way too close to the TV. The audience, understandably, is furious. “Our goal is never to make them look foolish,” McCarrol says of these “real Toronto” interactions. “Our goal is to make ourselves look foolish and see how they can give us gold by trying to help us out.”

The show’s blend of of Jackass-style public misbehaviour, (loosely) scripted sitcom parody, and meta-meta-meta-humour (in one sequence Johnson’s character hijacks one of McCarrol’s flashbacks) feels too singular to offer any reasonable path forward for Canadian comedy itself. But its very existence feels like a creative gamble that has handsomely paid off. And unlike another web-series-cum-real-TV-show, the rural Ontario parody Letterkenny, Nirvanna never feels like a good thing stretched too thin. 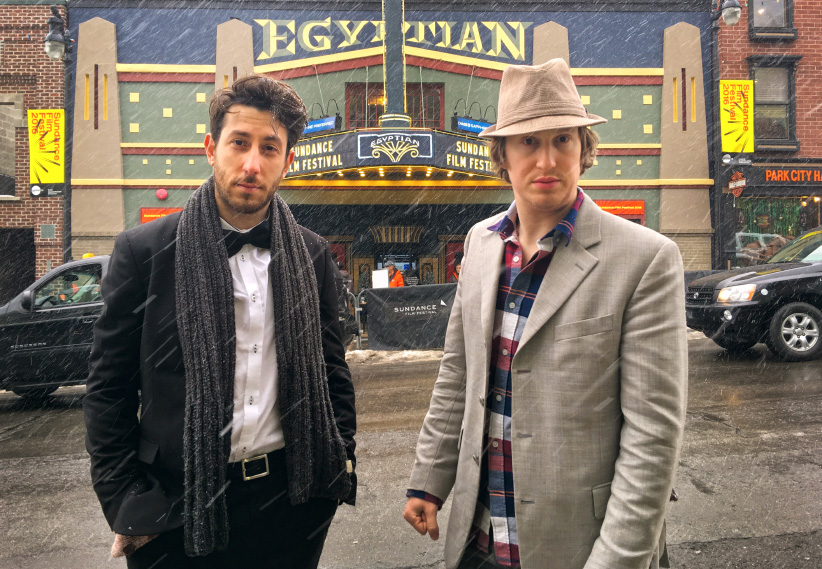 After trying to pitch the show, or something like it, to networks in Canada and the U.S. (CBC, Spike, FX), McCarrol and Johnson feel at home on Vice’s recently minted cable platform. “We’d be in conversations with the CBC and they’d go, ‘Now: how are we going to hit the female, 30-40 market?’ ” McCarrol remembers. “And it’s like, we’re not. Just let us make a show and we’ll make a good show! It’s no doubt that we’re thrilled to be at a place where they say, ‘Just make a show.’ ”

If “Nirvanna” feels like any one thing, perhaps it’s that: the hyperactive, carte blanche, let’s-put-on-a-show attitude that showcases McCarrol and Johnson’s restless, millennial imaginations. Where so much Canadian comedy feels like the product of relentless focus-grouping or, worse, family favours and industry insider horse-trading, “Nirvanna” proves refreshing for how weird, unpredictable, and totally its-own-thing it is.

And even rarer: it’s funny a way that seems totally un-Canadian. Not “humourous” in the manner of Stephen Leacock or Stuart Mclean, or kindly and genteel like Corner Gas, nor aspiring in its edginess like Schitt’s Creek. It’s genuinely funny, in a deep, resonant, belly-laughing, telling-a-cop-you’re-going-run-down-a-parade-route kind of a way. There’s nothing else, in Canada or anywhere, like Nirvanna the Band the Show. And it’s what we desperately need lots more of.