The creators of 'American Crime Story' no longer shun filmmaking with social values and a message—in this age, they can't afford to 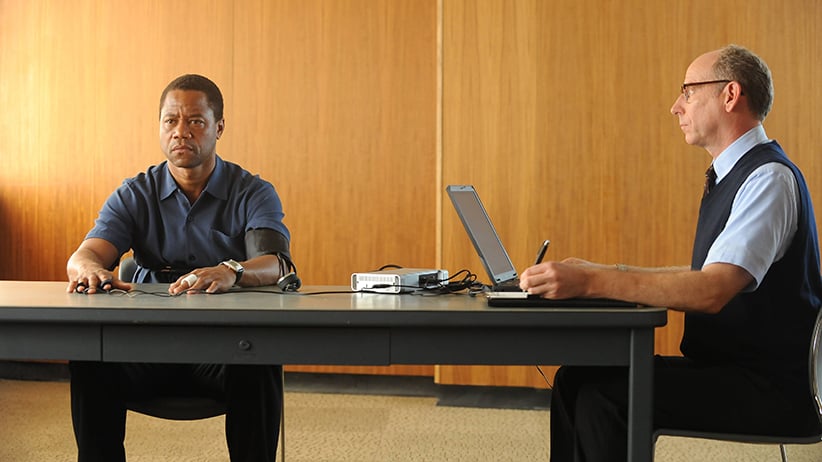 Scott Alexander and Larry Karaszewski form one of the most distinctive writing teams in the history of film. Starting with Ed Wood, they became specialists in writing true stories—a process that gives them much more control over their work than screenwriters usually have, because they’ve done the research, and the director and producer haven’t. So it was natural that when they came to television, they would create a true-crime series: American Crime Story, from the Ryan Murphy seasonal anthology factory, will tell a different real-life story every season. But what we might not have expected from their previous work is that they’ve grown a social conscience. The People v. O.J. Simpson, the story that’s airing now on FX Canada and City, is very explicitly a story about race in America. “When we went into the meeting with 20th Century Fox,” Karaszewski explained recently, “we said, ‘The first shot of the series is the Rodney King beating and the Rodney King verdict and the L.A. riots.’ We wanted to put people back to [that] mindset and really understand why this trial became a referendum on race and the LAPD.” The next season’s story is expected to focus on the aftermath of hurricane Katrina in 2005.

This is a change of pace from the movies that made the team’s reputation, which were almost the opposite of socially conscious—anti-social movies about anti-social people. Ed Wood was about the worst filmmaker of all time, The People vs. Larry Flynt was about a pornographer, Man in the Moon was about performance artist Andy Kaufman. Larry Flynt was closest to being a social-problem film, but they were all different from the usual Hollywood true story, which tends to make a serious point and make you feel like you’ve wrestled with an important problem. These films were all basically comic in tone, and tried to offer messages that were the opposite of the usual Hollywood message picture. The People vs. O.J. Simpson is certainly recognizable as their work, but it’s more serious and closer to traditional Hollywood filmmaking about real people and racial issues. It feels like it wants to educate us on what happened and why; it wants to humanize and explain the behaviour of all the famous people involved in the case, like Marcia Clark (Sarah Paulson), who was not the incompetent that late-night jokes made her out to be. It wants us to take this story seriously for once.

Well, that’s not a slam on Alexander and Karaszewski at all: writers have to tailor their style to their material, and this material calls for a less arch, less ironic style. But what is interesting about their movement into social-problem filmmaking is that they’re not the only ones doing it. When Ed Wood came out, it was fashionable to mock and subvert the standard Hollywood biopic, and upend the Hollywood message film. 1994 was the year of Pulp Fiction, a movie that proudly elevated style over substance; it was the year Seinfeld, the most anti-social American sitcom of all time, was No. 1. There was a general sense that “messages” were old hat, and if you look at the lists of Best Picture Academy Award nominees from the late ’90s, you’ll find a lot of movies with soft or non-existent messages; relatively few movies that deal with the pressing problems of the day (even in the late ’90s, believe it or not, there were problems). Ed Wood was made by people who didn’t think Hollywood could necessarily teach us anything. It’s from the era that (rightly, in my opinion) gave the Oscar to Shakespeare in Love instead of Saving Private Ryan.

Today, though, Hollywood is more conscious of its power to educate, or its duty to do so. Even Quentin Tarantino has gotten in on the act; The Hateful Eight was closer to a straightforward message picture than most of his previous work. Oscar nominations go to films like The Big Short and Spotlight that try to teach us about recent events. Michael Bay tries to teach us all about Benghazi instead of just making movies about robots. Marvel’s Jessica Jones adapted a 2001 comic and gave it a much clearer and more omnipresent social message than the original. In some ways, that’s the difference between the expectations of 2001 and those of 2016.

Many of these projects have a common thread of trying to help us understand complicated issues. The Big Short actually has segments where actors break the fourth wall to explain financial terms to us. And they are very open about drawing parallels between the past and the present. There’s a scene in the first episode of The People v. O.J. Simpson where Johnnie Cochran (Courtney B. Vance) and Christopher Darden (Sterling K. Brown) discuss a police shooting where the police can’t be prosecuted: “The police commission determined the officer acted in self-defence,” Cochran says. “The officers were scared. There were seven of them with guns up against one mentally ill woman with a knife … You know, it’s remarkable to me how many black folks get shot in the backside while they’re attacking.” Alexander and Karaszewski know what we’re thinking about when we hear this: this is no period piece, this is a direct commentary on how little things have changed in the last two decades.

We seem to be in an era when the people who make film and TV feel compelled to comment on topical issues, rather than just going into the inner life of an individual, whether it’s Ed Wood or Tony Soprano. It’s also an era when critics are not as fast as they once were to make fun of a Hollywood project with educational aspirations. Critics of the Pauline Kael school were very suspicious of any movie or show that wants to make us better people. Today’s critics are often suspicious of movies and shows that claim to be above the partisan fray or uninterested in political issues—because they point out, rightly, that claiming to be apolitical is more political than the creator thinks.

None of this means we’re in a better or worse era than the era of Ed Wood. This is a description, not a criticism. Twenty-two years ago, Ed Wood heralded a backlash against Hollywood’s belief that it could teach us edifying lessons. Today we’re in the middle of the opposite backlash; the same creators who thought they couldn’t teach us anything are now attempting to teach us something. Eventually there will be yet another backlash—but for now, if you want to make it in Hollywood, it helps to believe you have something to say.