On True Detective, the flat circle becomes a merry-go-round

As True Detective returns—this time with a whole new cast—viewers meet the agony and genius of anthology shows. Are they the future? 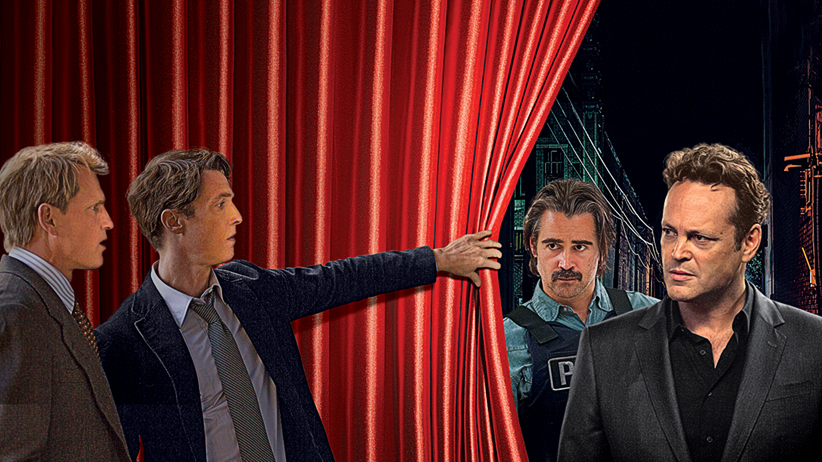 So you watched the first season of True Detective, HBO’s popular series starring Matthew McConaughey and Woody Harrelson as odd-couple cops in Louisiana. Then you watch the first episode of the second season, on June 21, and suddenly it’s a show about cops in Los Angeles, played by actors like Colin Farrell and Rachel McAdams. Welcome to the seasonal anthology format, where every 10-episode season tells a different story under the same title. It’s not false advertising: it’s the most important new TV format to come along in decades.

A few years ago, the idea of doing a different serialized story every season was so risky that creators didn’t even dare mention it. Though the producers of FX’s American Horror Story claimed they always intended to start fresh after the first season, it was never mentioned until the season was over. “When it was announced, there was literally no indication that this would happen,” says Todd VanDerWerff, culture editor for Vox. Now, shows like True Detective and Fargo openly announce that they’re anthologies, and True Detective is known for hiring movie stars who wouldn’t commit to an ongoing series.

Broadcast television, too, adopted the form this past season with ABC’s American Crime, a rotating series of socially conscious law stories, and the American Horror Story people are doing two more shows in the same vein: this fall’s Scream Queens, a comedy-horror series, and 2016’s American Crime Story, in no way to be confused with American Crime.

The anthology is an old TV format, but it was an episodic form: shows like The Twilight Zone told a different short story every week. While there have been recent hits in that traditional form, like the U.K. science fiction series Black Mirror, most traditional anthologies since the 1980s have been expensive flops, like Steven Spielberg’s fantasy anthology Amazing Stories. “I think today’s audiences, for whatever reason, don’t really trust the individual episode,” VanDerWerff says. “They like to spend time getting to know characters and debating their motivations and so on.”

The seasonal anthology finally makes it possible to tell shorter stories while still satisfying the current taste for slow-burn character development. The current season of True Detective presents a bunch of characters and teases mysteries about their backgrounds and motivations; American Crime tried to present a mini-epic about the way people of different classes and races react to a killing. None of this would be possible in a single episode.

Season-long anthologies also have budgetary advantages. The Twilight Zone could save money by recycling standing sets at a movie studio; today, sets usually have to be newly built, and getting new scenery and a new cast every week can be ruinously expensive. In True Detective, the producers only have to assemble a new cast and location every year, and others, like American Horror Story, use some of the same actors every season.

It’s too early to pronounce this format the future of TV. “As much as we talk about these in the media, none of them have truly broken out as huge hits,” VanDerWerff says. “American Horror Story debuts big every year, then immediately drops.” The problem is hooking the fans the show picked up last year: the new season of True Detective doesn’t have Rust or Marty, and while it shares one thing in common with the first season—a lot of philosophical speechifying—Vince Vaughn’s monologue about the time his dad locked him in the basement may not have the impact of McConaughey’s rants about the meaning of life.

Still, this type of storytelling may tempt other writers who are tired of having to stretch stories out so they can run for years. A show like Breaking Bad had to repeat certain plot points over and over so that Walter White could stay in the drug business, and we knew he couldn’t die until the show ended. “Most TV writers are better at crafting beginnings than middles and endings,” VanDerWerff points out, “and the seasonal anthology is 90 per cent beginnings.” If the ending disappoints a lot of people, as the first season finale of True Detective did? Well, you just start all over again.