Jessica Paré, who plays Don Draper's Canadian ex-wife, talks about what it's like to work on Mad Men 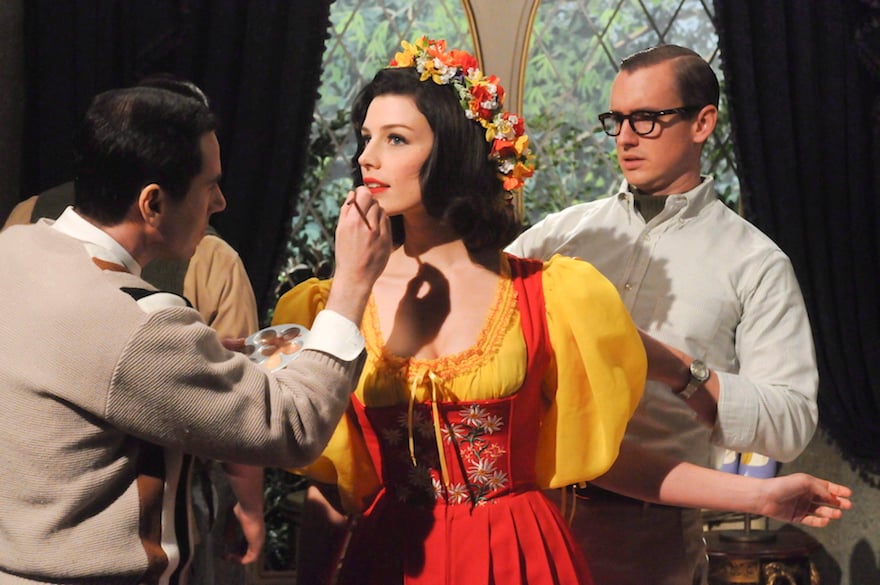 Jessica Paré, the Canadian actress who plays the equally Canadian Megan Draper on Mad Men, was a godsend to writers who wanted some Canadian content to mention on the show. But she also turned what seemed like a bit part into one of the leads of the series, as we followed her marriage to and divorce from the show’s lead, Don Draper—and heard her memorable rendition of Zou Bisou Bisou. Maclean’s spoke to Paré about the process of working on the show—but not, unfortunately, about how it will end.

Q: Mad Men is known for being very secretive. When you went in to read for the part, what did they tell you about who this character was?

It’s very secret, of course. Even those of us who have worked with them for years, we don’t know what’s coming before we read the scripts. In an audition situation, it was very under wraps. I think there was a plan for the character, but at the time, there wasn’t much on the page for her. I think the character description was like “female, brunette.” Of course, I thought I was perfect for it.

Q: Did Matt Weiner ever explain why he wanted a character from Quebec? Was he interested in the changing culture of Quebec in the ’60s?

I think he’s interested in Francophone culture of that period, but the character’s name is Megan, so it’s not a very Québécois name. I’m not sure how much my being from Quebec influenced her being from there, but he is known to take things like that.

Q: Did they give you a description of what they’re going for with the character, or do you, as an actor, have to decide what she’s like based on the scripts?

The latter. It’s a very tricky puzzle working in television, that often the arc of your character hasn’t been written yet. So it’s tricky to make performance decisions that are not based on an entire arc set out before you, like you would in film, to make choices that don’t shut any doors to potential character development.

Q: At what point did you know that you were going to be a regular for the rest of the series?

The fifth season. At the end of season four, Don proposes to Megan, and that was very exciting to me, of course, because I thought I was going to do only a few episodes playing somebody in the office. This was a pretty big vote of confidence and promotion, as it were. But I didn’t know if it meant I was going to be back. I kept telling people the fifth season could open on the closed casket of Megan Draper. But I didn’t anticipate being a part of it until my deal was signed and I was on set, really. And then, like any other TV show, you don’t know. Everybody’s at the whim of the story. And you don’t find out until the episode is written. Matt will bring people into the loop if it’s necessary, but I think like the rest of us, he wants to keep options open.

Q: I don’t know if you’ve seen some of the theories that have been percolating amongst fans, particularly the theory that Megan was going to be a victim of the Manson Family. Do you follow online fans or criticism, and are you aware of what they’re saying?

I do know about some of them, I don’t actually read them, because you know, everybody’s entitled to their opinions. It’s not as if I have to be privy to it, or if their opinion would be the same if they were speaking to me.

Q: Fashion is an important part of the show. What do you think the changes in your character’s clothes, as the show goes on, says about who she is and what she’s trying to accomplish?

I think it says quite a lot, actually, in terms of her evolution. We see her go through a lot of different chapters: she was the receptionist, then Don’s secretary, then Don’s wife, and then a copywriter, an out-of-work actress, and a working actress. Now she’s going through this ’70s California evolution. And a lot of times there’s more onscreen about her mood in what she’s wearing than in her words. When she’s working to become an actress, that’s kind of depressing for her, and that’s reflected in the clothes she wears.

Maclean’s is recapping and analyzing each of Mad Men’s final episodes. Catch up and follow along with our Mad Men panel here.