Best known as Carol Brady from the Brady Bunch, Florence Henderson died at 82 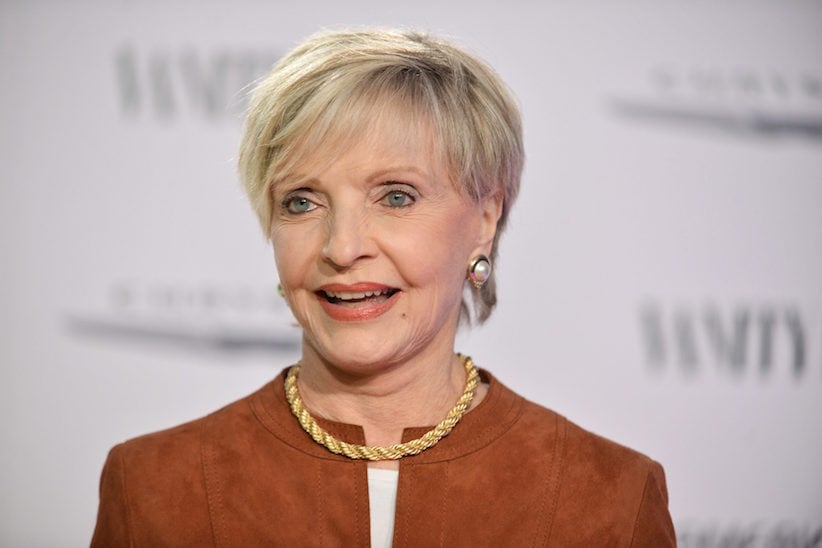 LOS ANGELES—The best TV mothers become everyone’s mother, with each generation claiming its own. For viewers who came of age during The Brady Bunch years, it was Florence Henderson who more than earned the honour.

She was partly old-school TV mom, as perfectly groomed and poised as Harriet Nelson in The Adventures of Ozzie & Harriet or Barbara Billingsley’s June Cleaver in Leave it to Beaver, both of 1950s-’60s vintage. But Henderson’s own sass, warmth and strength made Carol Brady the right surrogate mom for the changing 1970s.

Fans of the show who watched her preside with screen husband Robert Reed over one of television’s first blended families realized it. So did Maureen McCormick, who played eldest daughter Marcia Brady.

“I wish everyone could have really, really known her. But I feel like so many people, even though they didn’t, they do. She was everybody’s mom, everybody’s friend. Everybody loved her,” McCormick said of Henderson. She died Thursday of heart failure in Los Angeles at age 82, with family and friends at her side.

The sitcom “tapped into Florence’s heart,” McCormick said, describing her as a woman who overcame life’s obstacles to endure as a stage and TV star, always seeing the glass half-full and relishing fun.

Henderson’s last public appearance was Monday at a “Dancing With the Stars” taping, where she cheered on McCormick, who followed Henderson’s 2010 example as a contestant this season.

“I’m reading the outpouring of love for her,” McCormick said Friday. “There’s no negative anything out there, and that’s a very rare thing in this industry,” she said.

Evidence of that came in the range of celebrities responding to her loss.

“Florence Henderson. That hurts. But she leaves an indelible mark on the history of entertainment. We love you, Mrs. Brady,” tweeted Seth MacFarlane (Family Guy, Ted).

Marlon Wayans, who worked with Henderson in his “Fifty Shades of Black” film parody, said in a Twitter post that it was “a dream of mine to work with her and it was all the fun I hoped it to be.”

Even Boy George weighed in, tweeting: “I grew up with the Brady Bunch.”

Barry Williams, who played eldest son Greg on the show, recalled Henderson as loyal and kind. She was also unfailingly gracious in public and delightfully bawdy when she wanted to be, “loaded with double entendres,” he said in an interview.

On the surface, Brady Bunch was just another TV sitcom about a family living in suburban America and getting into a different wacky situation each week. But well after its 1969-1974 run ended, the show resonated with audiences, and it returned to TV in various forms again and again, including The Brady Bunch Hour in 1977, The Brady Brides in 1981 and The Bradys in 1990. It was also seen endlessly in reruns.

“It represents what people always wanted: a loving family. It’s such a gentle, innocent, sweet show, and I guess it proved there’s always an audience for that,” Henderson said in 1999.

The family, as the show’s theme song reminded viewers each week, formed after Henderson’s Carol, a single mother raising three daughters, met Reed’s Mike Brady, a single father who was raising three boys. The eight of them became “The Brady Bunch,” with a quirky housekeeper, played by Ann B. Davis, thrown into the mix.

The blond, ever-smiling Henderson was already a Broadway star when the show began, having originated the title role in the musical “Fanny.” But after The Brady Bunch, she would always be known to fans as Carol Brady.

“We had to have security guards with us. Fans were hanging on our doors. We couldn’t go out by ourselves. We were like the Beatles!” she said of the attention the show brought the cast.

Like the Beatles, there was even a Saturday morning cartoon version called Brady Kids, though Henderson was not in that show. She and Reed did return, however, for The Brady Bunch Hour, The Brady Brides and The Bradys. So did most of the original cast.

She was also back again in 1995, when a new cast was assembled for The Brady Bunch Movie, a playful spoof of the original show. This time, she was Grandma Brady opposite Shelley Long’s Carol. Numerous memoirs also kept interest in the show alive as cast members revealed they were more than just siblings off camera.

Henderson was a 19-year-old from Indiana attending drama school in New York when she landed a one-line role in the play Wish You Were Here.

Richard Rodgers and Oscar Hammerstein II were so impressed, they made her the female lead in a 1952 road tour of Oklahoma! When the show returned to Broadway for a revival in 1954, she continued in the role and won rave reviews.

“She is the real thing,” wrote Walter Kerr of the New York Herald Tribune.

Henderson went on to play Maria in a road production of “The Sound of Music,” was Nellie Forbush in a revival of “South Pacific,” and was back on Broadway with Jose Ferrer in “The Girl Who Came to Supper” in 1963.

She made her movie debut in 1970 in “Song of Norway,” based on the 1944 operetta with music by Norwegian composer Edvard Grieg.

As her TV career blossomed with The Brady Bunch, Henderson also began to make frequent TV guest appearances. She was the first woman to host The Tonight Show for the vacationing Johnny Carson.

For eight years she also commuted to Nashville to conduct a cooking and talk series, Country Kitchen, on The Nashville Network. The show resulted in a book, Florence Henderson’s Short Cut Cooking.

Post- The Brady Bunch, Henderson alternated her appearances in revivals of the show with guest appearances on other programs.