Searching for God? Turn on the TV 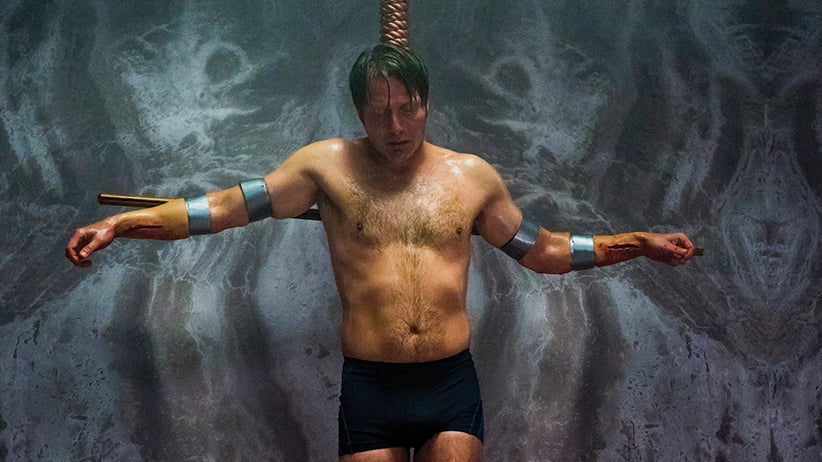 Religion is big on television today, with producers racing to serve the Christian market with reality shows such as American Bible Challenge and Preachers’ Daughters, and miniseries like The Bible. But the most in-depth studies of religious issues may be occurring on secular dramas that never say the word God, such as Fargo or Hannibal. The latest is HBO’s The Leftovers, from Lost co-creator Damon Lindelof, based on a novel by Tom Perrotta about the aftermath of an event that resembles the Rapture.

Unlike the similarly titled Left Behind series, there’s nothing doctrinal about a show like The Leftovers; Perrotta told Maclean’s that “the Sudden Departure in the book and in the show diverges from the Christian Rapture in important ways,” such as making the disappearances random rather than a system of reward and punishment. But just because a show isn’t Christian doesn’t mean it’s not religious, and today’s dramas may offer more serious discussion of issues such as sin and the apocalypse than American Bible Challenge.

Fargo, the miniseries about an evil drifter (Billy Bob Thornton), had its lead character literally recreate the Biblical plagues to torment a victim, capped by fish falling from the sky in a reference to the apocalypse. Hannibal is one of many versions of writer Thomas Harris’s cannibalistic psychiatrist, but actor Mads Mikkelsen and creator Bryan Fuller are the first to suggest that Hannibal Lecter may be, as Fuller put it to Digital Spy, “Lucifer, a fallen angel, who has come to Earth to basically take advantage of the worst of mankind.” Nicholas Laccetti, an activist who has written about Hannibal’s theological bent, explains that the series uses religious iconography, including a shot of its anti-hero in a crucifixion pose, to explore “the notion of Hannibal’s project of corrupting an innocent soul.”

These shows differ from the explicitly religious dramas that used to be on TV, such as Joan of Arcadia (where God was a main character) or Touched by an Angel. Instead, they resemble 2000s dramas Lost and Battlestar Galactica, shows that constantly engaged in metaphysics and religious imagery, but stayed away from being about any one religion. Just as Lost’s hints about God were generic enough to stand in for any belief system, there’s no exact real-life analogue for The Leftovers’ “Guilty Remnant,” a cult of Rapture survivors who have taken a vow of silence—and also have taken up chain-smoking.

A cynical way to look at these shows might be that they want to deal with religion without offending anyone. Television is still often reluctant to deal with actual religious believers, either negatively or positively. The only openly religious character on Fargo was dropped from the storyline before the finale, and Under the Dome, another apocalyptic series, leaves out many of the negative references to small-town Christianity in Stephen King’s original novel. Generic, theoretical religion may be more palatable to drama producers than dealing with the real thing.

But Ellen Leventry, a former editor for Beliefnet, argues there is a tradition in television of using this kind of all-purpose religiosity to explore the place of faith in society. She points to Battlestar Galactica, which looked at “the battle of the secular American with that of the religious” and, more recently, WGN’s Salem, which turns the story of the witch hunts into an allegory for “the national rhetoric America so enjoys engaging in, about science and religion.” A show about the literal Rapture would be bound by the Bible; The Leftovers’ message may be disturbing to people of all faiths.

Producers of these shows may nevertheless risk alienating viewers who don’t like mysticism: Lindelof is still smarting from fan criticism of the Lost finale, where all the characters appeared to meet up in heaven. But in an era when most denominational entertainment tends to be light and fluffy, it may be up to dramas to address bigger issues, such as what Laccetti calls the “examination of corruption and fallen beauty” on Hannibal. If we just want to see religious people going about their daily lives, there’s always the upcoming dating show It Takes a Church. But you’re probably not going to see the Rapture there.