Second Jen and the rise of actor-written TV

It might once have been considered a waste of money and time for actors to make their own shows; now it can elevate them to stardom 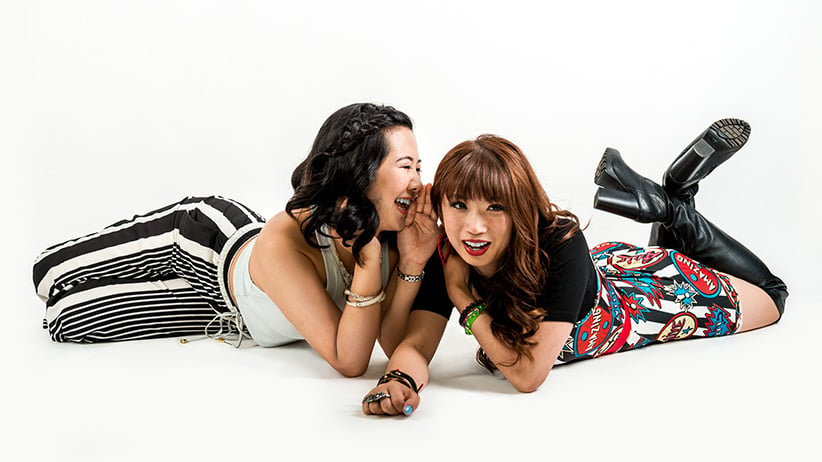 Television might be moving past the idea that actors act and writers write. Second Jen, a new comedy series premiering on City TV on Oct. 27, is the story of two young Asian-Canadian women who move into an apartment together, and the two leads, Amanda Joy and Samantha Wan, are also the creators of the show. Both had been working actors before they teamed up to make and sell the pilot for Second Jen, and they’re not the only actors who are taking more control over their careers by writing their own material. “In the industry you’re treated differently if you’re an actor, or you’re an actor and creator,” says Amanda Joy. “So it can create different relationships with people in the industry, which can facilitate your career in different ways.”

One reason we’re seeing more actors write scripts for themselves is that it’s easier than it used to be to film those scripts. Joy and Wan produced the pilot for Second Jen themselves, and then began the process of selling it to production companies and networks. While self-produced pilots have sometimes resulted in shows, like South Park, it used to be much harder and more expensive to produce them. Today, in the era of web series made with relatively cheap technology, actors find it easier to get the resources to put themselves on film.

“I think it would have been impossible for all but a very few to create a spec pilot or proof of concept just 10 years ago,” Joy says. “When my sister went to film school, she was shooting everything on film, and she’s not much older than me. Today people are able to prove they can make things, that their show has legs, in a way that they couldn’t have done by handing in a 22-page script, which goes on a stack with other 22-page scripts.” Wan adds that the creation of Second Jen “was just us thinking, ‘We want to make a TV show. How do people get a TV show? They make pilots.’ So we funded our own 22-minute short.”

This is also a time where it’s increasingly clear that a self-created, self-produced pilot is a good investment for performers. Broad City, the Comedy Central hit, is just one of several recent shows that started that way. HBO recently launched two shows based on web series created by writer-performers: Insecure, from co-creator and star Issa Rae, and the marijuana comedy High Maintenance, featuring co-creator Ben Sinclair. Earlier this year this year, Canadian actor Jared Keeso got his own show, Letterkenny, based on a YouTube show he created for himself several years earlier. It might once have been considered a waste of money and time for actors to make their own shows; now it can elevate them to stardom.

Related: Master of None — The last acceptable ethnic cliché is dead

Now is also a good time for actors to try this because networks are looking for quirky shows with small but loyal audiences. “There has definitely been a shift with the digital media revolution,” Joy explains. “People are no longer going for the widest demographics, trying to reach the broadest number of people. The media landscape has developed in a way where audiences are looking for something specific. There’s a demand for point-of-view, voice-driven pieces. So Second Jen and shows like Letterkenny have very distinct voices. But I don’t think you can create that from the top down.” Because there is a wider range of backgrounds among actors than full-time writers, it might be that actor-writers can draw on a wider range of experiences.

But the biggest reason for many actors to try and make their own shows is that networks might not have lead roles already written for them—particularly if you’re an actor from a group that isn’t well-represented in the world of television writing and producing. “There aren’t a lot of roles for women, of colour especially, so by virtue of survival, we needed to create our own work,” Joy says. Wan agrees that she and Joy went into writing partly out of necessity: “If I could just be an actor, and I thought I could be a lead in a show and get all these amazing parts, I would,” she says. “But I don’t think that’s happening. I don’t think there are roles out there for me, so I have to write them for myself. I realized that quickly after the first two roles I auditioned for were a mail-order bride, and a geisha.”

That’s part of the meaning of semi-autobiographical shows such as Aziz Ansari’s Master of None: even big-time TV network performers like Ansari have to make their own shows to avoid being cast in stereotypical or generic parts. Wan says that while there aren’t any specific models for Second Jen, other writer-performer shows have helped demonstrate that it’s possible to make a show like this: “Seeing shows like Master of None, like Amy Schumer, and Mindy Kaling was a big one. We don’t necessarily take from their style, but they made us realize we could do it.” Just as writers become directors and producers to protect the integrity of their scripts, actors may need to become writer-producers to make the most of their talent and experience. “I’ve been thinking a lot about how people are creating their own work,” Wan adds. “It’s like the music industry has singer-songwriters, and the film industry is getting writer-actors. I wonder how much we’ll follow that pattern.”