Seven ways to save 'True Blood' from itself

A bloodbath or two would help. Oh, and bring back Eric. 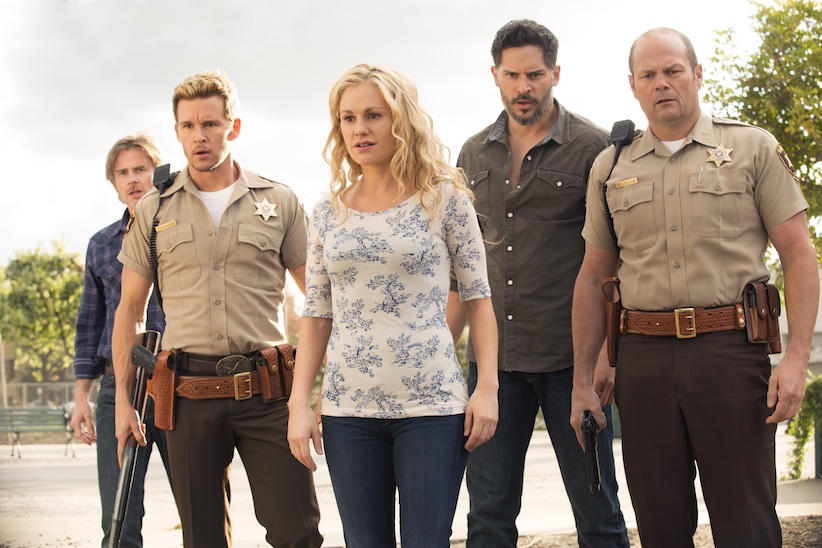 For faithful viewers of True Blood, the arrival of the seventh and final season is bittersweet, with hope for a bloodily satisfying ending mixed with fear that the boring plotlines that plagued season four and five will return to destroy the deliciously decadent Bon Temps once and for all.

As a someone who’s followed the show from the first episode, the last few years involved some terrible plot twists and lines. Why did anyone think making Bill Compton the king of Louisiana was a good idea, to say nothing of the travelling Iraqi curse that caused Terry Bellefleur to arrange his own murder? It reminds me of another classic supernatural show that got flabby and repetitive. And that gives me hope, for that other show is Buffy the Vampire Slayer and its appropriately apocalyptic finale, which is a classic.

Here are my hopes for the final episodes of True Blood:

1. Avoid politics of all sorts: Strip this season back to the basics. It’s about the kinda crazy, seriously ripped denizens of a backwater Louisiana town where everything is possible. No one cares about what happens in the rest of the state, let alone the rest of the country or world.

2. Kill half the characters: The last few years has seen the cast of characters grow to an unwieldy TV version of a class reunion as witches, faeries and every manner of beast has crowded on screen. Let’s face it, you don’t care about most of them. This being True Blood, it’s time to get some rogue vampires to make a house call. Happy hunting. Please start with Holly, the annoying Wiccan waitress.

3. Bring back Eric: In the first episode, Pam is in North Africa hunting for her maker. On behalf of Team Eric, please, please, let him be dead. If there is anything that can resurrect True Blood, it’s a thousand-year-old dad and his daughter dropping sarcastic bon mots and their clothes (sometimes at the same time) in Bon Temps. A sequence at the start of the second episode makes me hopeful we’ll all see Eric’s chiselled Viking body soon.

4. Bring in a worthy enemy: Two of the best were a maenad named Maryann in season two and the implacable, powerful vampire Russell Edgington the next year. They corrupted friends and allies, and were only defeated when the main characters (Eric, Bill and Sookie) banded together. A bunch of diseased vampires isn’t enough.

5. Surprise us, please! They’ve been thin on the ground in recent seasons, but surprises are part of what makes True Blood such a delightfully fun show, even as the blood flows and gore piles up. I’m not talking about huge shocks (though Tara not meeting her true death would be nice), but quirky little ones, such as that involving Arlene and an educator in the second episode.

6. No more supernaturals: Seriously, is anyone in Bon Temps not a vampire, werewolf, Wiccan, shapeshifter, faery … the list goes on and on. Too many plot twists have been solved by a convenient new power. It was fun the first few times, now it’s Bobby Ewing’s dream in the shower. Stop it.

7. Sookie Stackhouse needs to get her mojo back: The telepathic faery waitress is the heart and soul of the series, but in her current depressed state, she’s sucking the life out of the tale. Even her sex scenes with hunky Alcide are perfunctory. Make her mad and then get out of her way.

Like many, I’ll keep watching until the end of days, hoping for an ending worthy of its start.