So many kindred spirits! The hunt for a new Anne of Green Gables

Some 800 Canadian girls want to be the new Anne Shirley. Tip number one: The hair is negotiable. 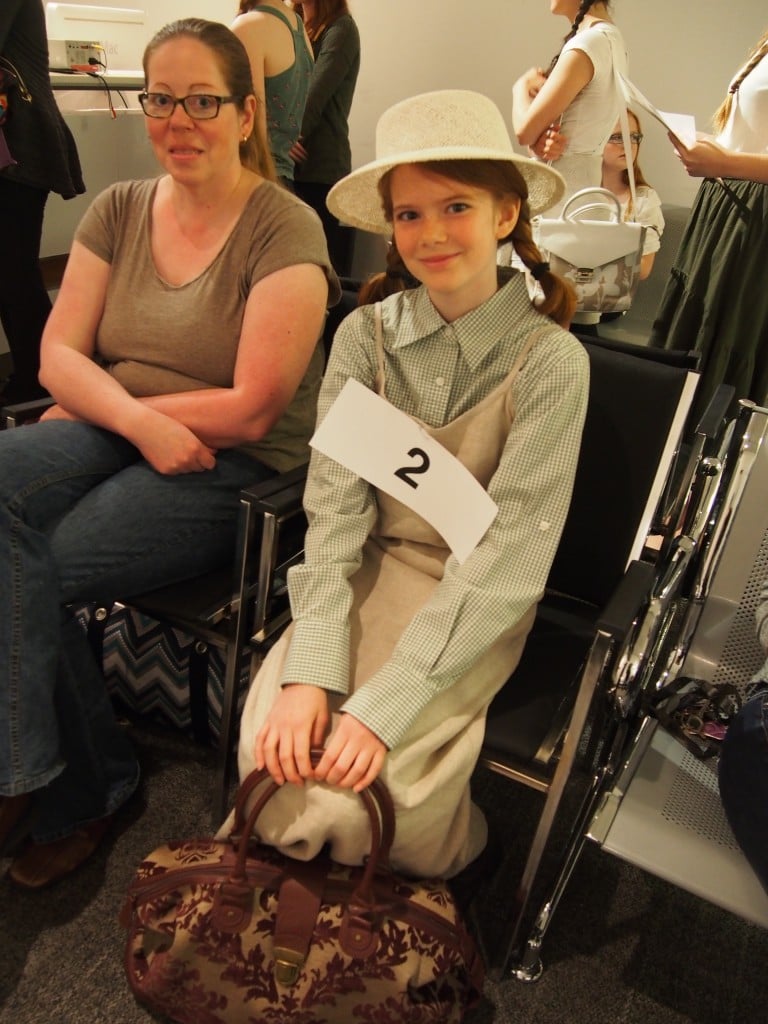 Hours before the doors opened, a lineup of pig-tailed tweens and their proud parents formed and curved around Toronto’s east-end casting studio last weekend. It was the first day of Canadian auditions—after two days in Toronto, the team heads to Vancouver, Charlottetown and Halifax—in a global search for a new Anne Shirley to star in the 2017 reboot of L.M. Montgomery’s beloved classic.

Close to the very front of the line, the second would-be Anne of almost 200, is 12-year-old Emily Goodson from Beaton, Ont. She’d been prepping since 5 a.m. for her head-to-toe pioneer costume, complete with carpetbag. “We bought all this at a thrift shop,” she explained of her ensemble, complete with carpetbag. Since she first discovered Anne at age eight, Emily has read the books many times; she loved the 1985 film. Her favourite scene? “I like when she walks the ridgepole and falls and then gets trapped in the woods.”

Others, like 11-year-old Quinn Morriss from Branford, are reinterpreting the character through a more contemporary lens via ripped overalls, sequins and sparkles. Morriss practised before the big day in a similarly modern way: “I have all the lines on my phone,” she says. Jenny Willis, 11, brought possibly the best prop from her home in St. Isidore, Ont.: her four-month-old little brother.

All are performing one of two selected scenes—Anne riding in the buggy with Matthew for the first time, and Anne denying she took Marilla’s brooch—though some have practised more than others. Thirteen-year-old Siera Salmond from St. Catharines has performed her scene more than 50 times since she learned of auditions last Thursday. Meanwhile, Caidence Lucas, an 11-year-old from Windsor, was just handed the script by her mom today. Most were nervous—just a bit—and many relied on good-luck charms. Salmond wore her Nana’s lucky broach, while Chanelle Houde, 11, from Ottawa, reused an outfit that delivered fortune before. “I wore this for my piano exam and did really well, so I’m wearing it again,” she says. Houde and her mom took a train into the city yesterday and stayed overnight at a hotel to be at the auditions first thing. 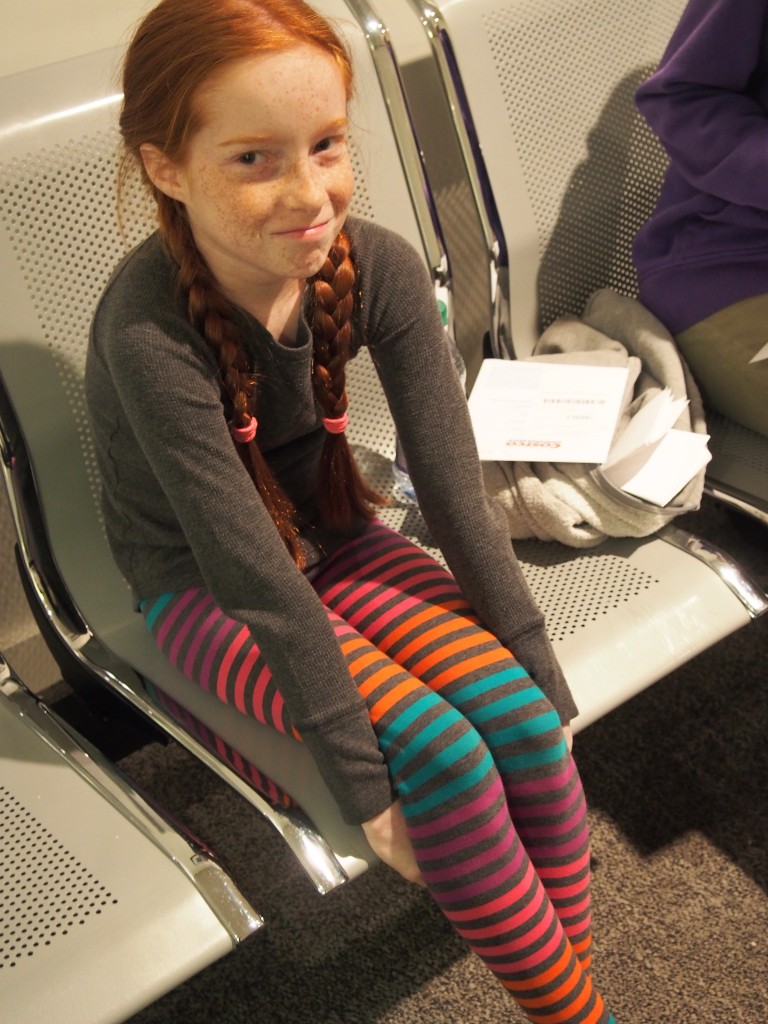 Chanelle Houde in her good-luck outfit. (Photograph by Rosemary Counter)

With so many options, executive producer Moira Walley-Beckett knows choosing her lead won’t be easy. “It’s going to be a long process and we’ve cast a very wide net,” says Walley-Beckett. Nor is the search limited to those cities. Casting directors across three continents are balancing busy open-call auditions with floods of online video submissions from www.theannesearch.com, all to find a young actress who can satisfy nostalgic super-fans while modernizing the character for a new generation.

“I’m going to ask a lot of this young actress, whoever she is,” says Walley-Beckett, best known for her Emmy-winning writing work on Breaking Bad. For a split second, Walley-Beckett considered uprooting Anne from her turn-of-the-century home and placing her in modern times—but ultimately decided against it. “The time’s too important to the story. I don’t want to mess with that.”

Luckily, Anne’s adventures are as relevant today as they ever were. “There’s bullying and prejudice, plus all the usual pitfalls of the pubescent teenage years,” says Walley-Beckett. Many at the auditions saw in Anne a “kindred spirit,” as Montgomery might have said. “Personally I’m a lot like Anne—I can get mad and be really emotional,” says Ottawa’s Tara Lopez-Andrews, 12. “Me and Anne are both very quirky and funny, and we always stand up for what we believe in,” says 13-year-old Siera Salmond. Some are more confident than others: “I feel like I am Anne,” said Jubilene Brewster-Wild from Toronto. 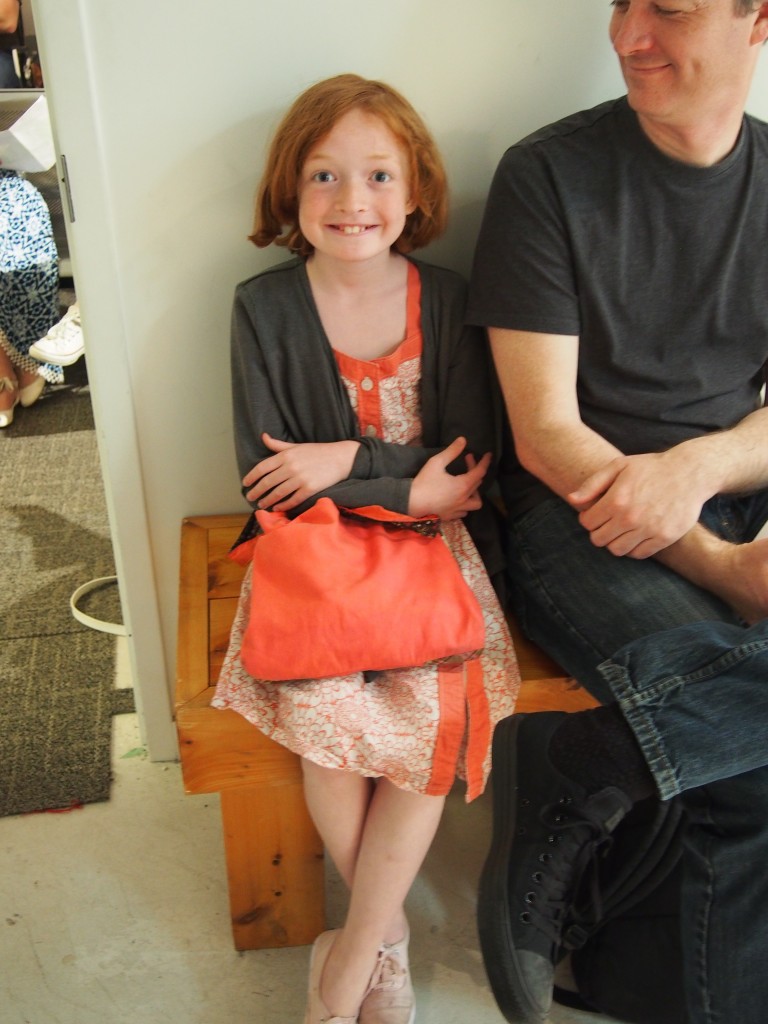 Acting experience isn’t necessary, and girls from all backgrounds and ethnicities are welcome, so long as they’re between 11 and 14 years of age. But even this isn’t set in stone; Brewster-Wild is “10 and a half,” she’s careful to note, as is Greta Logtenberg. “But my hair is red and my middle name is Ann—no ‘e’ though,” says the Torontonian. Lauren Lovelace has the opposite problem; at 16, she has more life experience and a more mature take on the text. “I like the beginning at the asylum,” she says. “I can really see her struggle.”

With 800 would-be Annes expected in Canada alone, casting director Julie Fitzsimmons is looking for a unique take on the iconic orphan. Amazingly, each girl at the auditions has one. “Every one relates to the character differently and every one has their own vision of Anne,” she says. “People who step into the character and give it their own interpretation—those people stand out.”

It’s a tall order in a sea of red pigtails. That famous hair, by the way, is negotiable. “We can deal with the red hair,” promises Walley-Beckett. Her advice to nervous auditioners? “Go for it, play all the notes. Don’t try to put Anne in a box.”

See the girls who could be the next Anne of Green Gables: 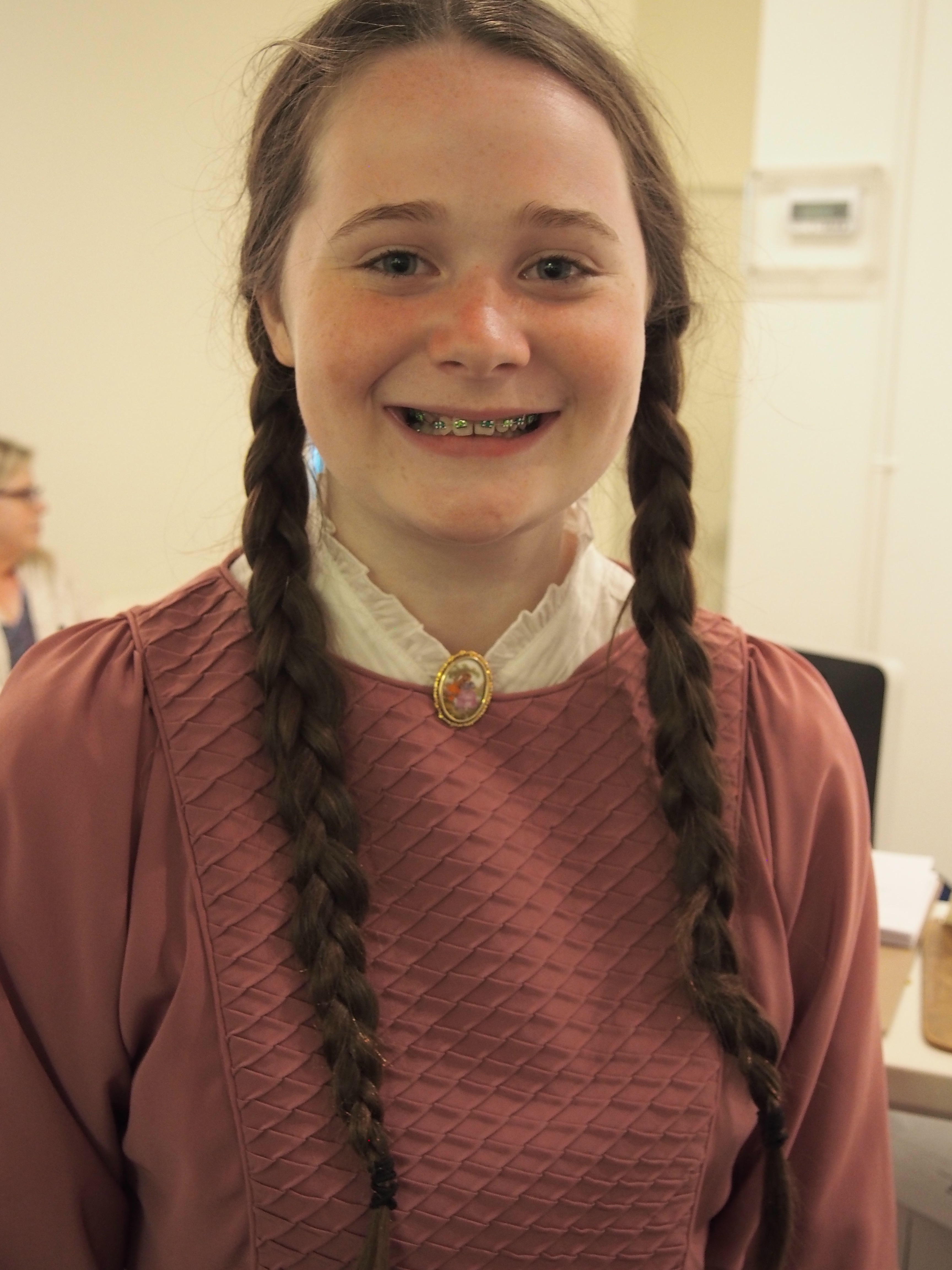 Siera Salmond, 13, from St. Catharines, Ont., is very ready for her audition.