Star Trek: The lesser of the two stars

There's a new Star Trek series on the way, but the franchise still takes a backseat to Star Wars. Here's why. 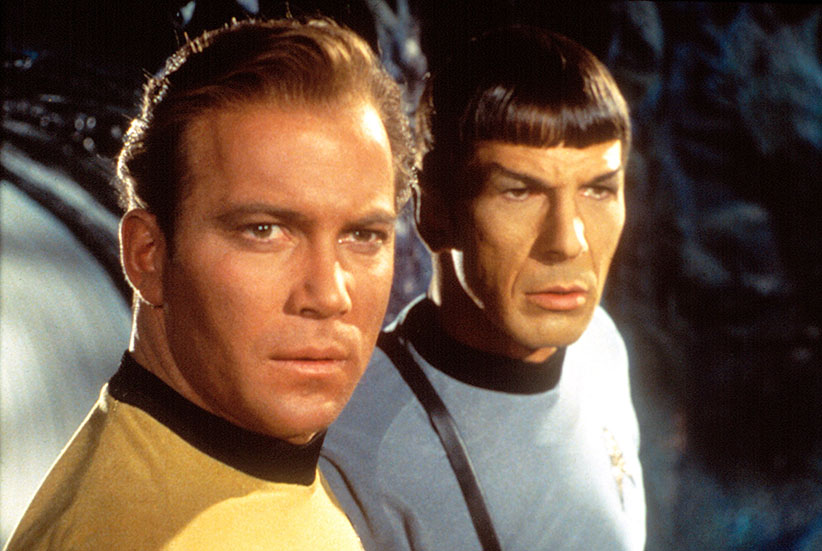 The good news for Star Trek fans: There’s finally going to be a new television series, the first in over a decade. The bad news: the network that ordered it doesn’t even want it enough to put on its schedule. CBS (which owns the rights to the franchise) will air the 2017 premiere episode on regular television, but the rest of the episodes will be exclusive to the streaming service CBS All Access. This is being presented as a big step forward for video-on-demand, and a sign that free TV will someday be a thing of the past. That may be true. But it’s still a bit of a comedown from the days when you could get sponsors begging, pleading to put their ads on a Star Trek television series.

This is just another sign that in the great battle of “Star” franchises—Trek vs. Wars—Star Trek has become the underdog. Look how things went down with the movies. The studio hired J.J. Abrams to reboot Star Trek as a movie even though, by his own admission, he was much more of a Star Wars fan. While his Star Trek was successful enough, he abandoned ship the moment he was offered a chance to write and direct Star Wars instead. Press coverage of Star Wars: The Force Awakens has been relentless. Even before the under-performance of Abrams’s sequel, Star Trek Into Darkness, Trek was never that visible; the biggest news in the franchise this year was the death of one of its founding stars, Leonard Nimoy.

TV characters used to talk about Star Trek all the time—remember William Shatner telling fans to “get a life” on Saturday Night Live, or the duelling groups of Trekkies hauled before a judge on Night Court—but now it’s practically a cliché to make your lead character a Star Wars fan. Star Trek is a valuable property, but Star Wars is life.

So what happened to Star Trek that pushed it off that sci-fi pedestal? Perhaps the biggest problem the series has is that its popularity depended largely on TV reruns. Sure, there were the movies, but the movies depended on a certain familiarity with the characters, which could only come from watching television episodes. It was daily syndication that turned the original show from a cancelled cult favourite into a phenomenon, and Star Trek: The Next Generation and Star Trek: Deep Space 9 were both produced directly for daily syndication. That way of watching television—and particularly of watching hour-long dramas—has mostly fallen away, now that we can watch whatever we want whenever we want. There’s no expectation that we will have grown up on a diet of Star Trek episodes.

Star Wars also has the advantage of being based around state-of-the-art, big-budget movies, which date less quickly than television shows. The first Star Wars movie may be very 1977 in many ways (the hair, the New Age mysticism) but it has production values and special effects that still looked good even before they were digitally enhanced. The core of the Star Trek franchise is the original TV series, and that series’ charm comes from its low-budget look, which can’t be changed by the digital effects that have been added to some versions. Perhaps worst of all from today’s perspective, most of the Star Trek shows were not filmed in widescreen formats—and in the era of widescreen televisions, being shot in the old TV screen format significantly reduces a show’s value. Fewer people want to show, or watch, shows that don’t fill the whole screen.

Star Trek might also suffer from the changes in fandom. It used to be that you could be a worldwide pop culture phenomenon with a mostly male audience; in the era of Tumblr and Twitter, you need female fans to get your message out. While it’s certainly not true that only boys like Star Trek, it does sometimes seem like it has less to offer than Star Wars to the new generation of geeks—if only because Star Wars’ female lead, Princess Leia, has a more prominent place in the story and the fandom than any woman who served in Starfleet. Captain Janeway and Seven of Nine just don’t have fame that’s comparable to Kirk and Spock; Leia does.

None of this means a Star Trek fan is going to want for anything. It’s still a money-making franchise that will continue to be spun off and rebooted for as long as space stories are popular. But there’s always been a certain amount of competitiveness between Star Trek and Star Wars fans over which franchise is bigger: Star Wars was a bigger draw at cinema box offices, but Star Trek continued to be huge in the ’90s when there were no Star Wars films. For now, though, it seems like the House That Lucas Built has the upper hand: it’s the first choice for filmmakers like Abrams, the first choice for clickbait headlines, and probably the more familiar pop-culture reference. But at least Star Trek has a more prominent Canadian lead.