Summiting peak TV: What's so bad about too much television?

We’ve hit ‘peak TV,’ with 400 scripted shows on the air. Everyone ready for the bubble to burst? 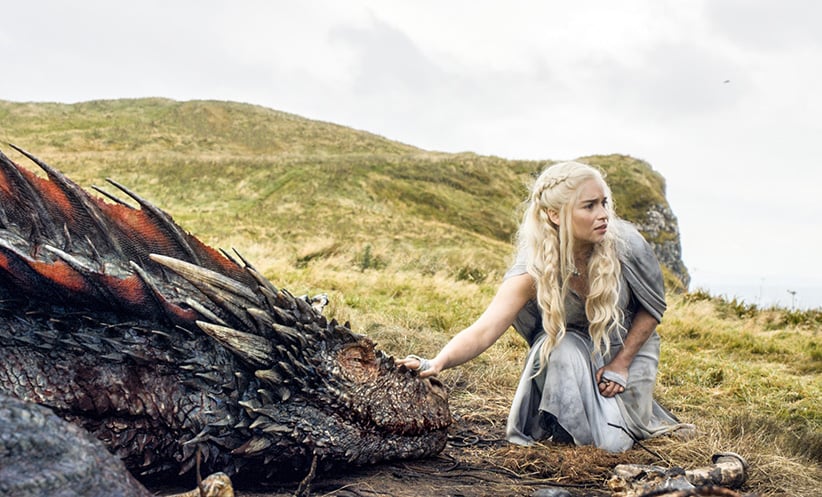 Emilia Clarke from an episode of Game of Thrones. (HBO/Everett Collection)

Why does the TV fall season even exist? Certainly not to get people interested in most of the shows. “I think the excitement over the fall schedule has gotten much less,” says Todd VanDerWerff, TV editor for Vox. “There’s much more of a sense that it’s this weird thing we still have around.” This fall has been another depressing season for the broadcast networks, which have seen most of their shows get limited attention, and suffered a humiliating loss to HBO in nearly all the major Emmy categories. And yet, next year, after most of this fall’s shows have been cancelled, the networks will do the same thing all over again.

It’s not as if this generation is the first to worry that the fall lineup—where most of the new broadcast shows premiere around the same time—might be an anachronism. An Associated Press article said the fall season was a “dated notion” that networks were looking to abandon—in 2000. And the head of research for NBC told the New York Times that the very idea of a TV season was “an anachronistic artifact”—in 2012. But it still goes on, even though the launch of dozens of programs in the fall is more likely to meet with a groan, or worse, a shrug.

The broadcast fall-TV ritual, where networks such as ABC, NBC and Fox try to jostle for supremacy, used to be the most important time of the television year. But that was back when there was almost no new programming in the summer, and anything that launched in January, say, was likely just not good enough to start in September. Most of the promotion centred around that particular moment in time; it’s when the critics paid the closest attention, and when viewers were excited to see new episodes and shows, after the summer drought.

Now good television seems to launch at almost every time of the year. The two HBO series that swept the Emmys this year—Veep and Game of Thrones—begin their seasons in April. The biggest hit on broadcast TV, Empire, began this past January. In fact, the fall rarely produces hits these days. Being on the fall schedule used to be a sign that the network was behind you, but now it’s just as likely to be a way to get lost.

But then, it’s easy for any show to get lost these days, because there’s a glut of shows. John Landgraf, the influential head of the FX network, dubbed the phenomenon “peak TV” at the most recent Television Critics’ Association tour. The huge number of scripted shows—around 400, he estimates, in the U.S. alone—has made “an enormous impact on everyone’s ability to cut through the clutter and create real buzz.” According to NPR, there were only 211 scripted shows in 2009, meaning the number has almost doubled. And people were complaining there was too much television, even then.

In this environment, cable networks, at least, have one advantage: They have few original shows, and can put most of their marketing budget into promoting the ones they’ve got. The summer drama Mr. Robot managed to emerge as a critical hit this year, in part because the USA Network marketed it aggressively and well. It’s harder to do that on broadcast networks, because they’re still launching six nights’ worth of programming every fall.

Critics who can just barely keep up with spring or summer programming are nearly flooded with TV in the autumn, and they can’t keep up with it all. “In the past, I would try to watch at least three episodes of everything. I’m not doing that anymore,” VanDerWerff says. “There’s just too much. If I want to keep up with all the shows I already know I like, I can’t wait around three episodes to see if Truth Be Told overcomes a pilot I thought was pretty dire.” Flavorwire television and entertainment editor Pilot Viruet adds: “The standards have changed for judging whether I should keep up with a show. If a show is terrible—and I mean boringly terrible, not amusingly hate-watch terrible—I’ll probably still watch it occasionally, in multiple-episode spurts, but I won’t bend over backward, making sure I’m always caught up with it.”

How has all of this changed the fall season? Mostly, it means networks appear to give up on shows before the season even starts. “I think it’s a lot more obvious now which shows they’re really behind,” VanDerWerff says. “It’s clear that NBC’s priority was Blindspot, that they were going to saturate the market with that and hope for the best with everything else.” You can tell from the promos and subway-station ads that, this season, ABC put much of its energy behind its revival of The Muppets, and CBS was hoping in vain for big things from the comedy Life in Pieces.

It’s a change from a time when the fall season used to be marketed as a block, with the network trying to get you to watch almost everything on the slate. Fall seasons often had a theme or a slogan: In the fall of 1978, CBS tried to shed its conservative image by marketing its sexy new lineup—consisting mostly of flop shows about attractive female reporters and airline hostesses—with the slogan, “Turn us on, we’ll turn you on.” The slogan failed miserably, but at least everyone knew what the network was selling.

Today, many people don’t even know what network a show is on and, in the era of services such as Netflix and Shomi, not to mention illegal downloading, many may never watch it on a television set. That makes it much harder for a show to be swept along to success by the fall promotion. Fall seasons of the past sometimes produced “sleeper” hits, such as CSI, which became a big success in 2000, even though CBS was expecting another show (The Fugitive) to break out. Today, if a network can’t put a huge amount of promotion behind a particular show, most viewers might never even hear of it, let alone see it.

That also helps explain to why so many of the fall shows you’re seeing are based on pre-sold ideas and brands. Fox television co-CEO Dana Walden told Adweek networks “have to look at every possible opportunity to do something that makes a show stand out for a consumer who’s being spoken to by many, many different companies,” which explains why Fox’s big, new drama is based on the Steven Spielberg movie Minority Report, while NBC is reviving Heroes and ABC has a new show starring the Muppets. These shows come pre-promoted, and critics have an idea of what to expect from them. Trying out a new or unusual show in the fall might be too much of a risk for a broadcast network today. 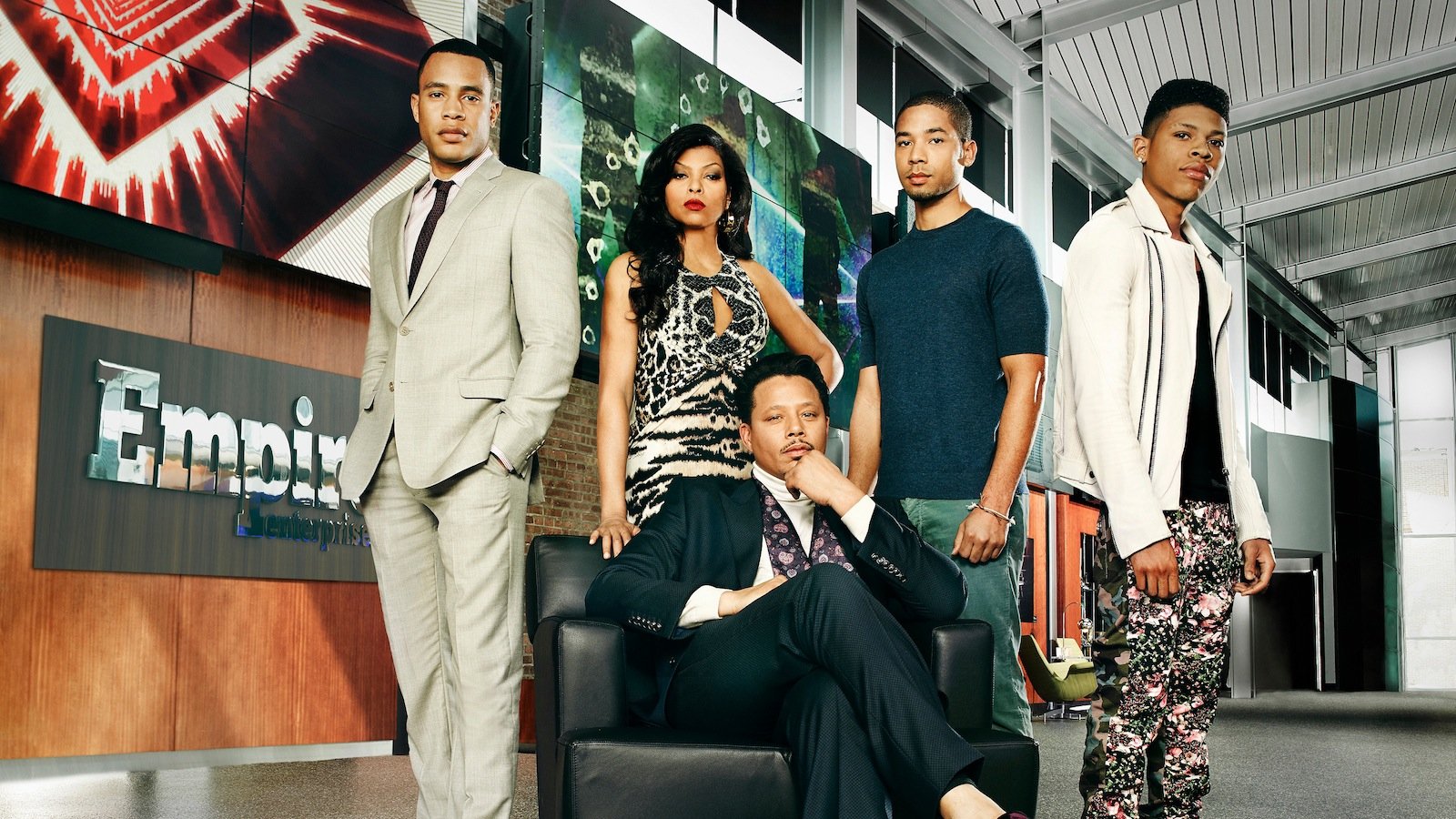 It’s not as if there aren’t alternatives. Empire started in January because it was a product of Fox network president Kevin Reilly’s attempt to do away with pilot season, and give individual shows tailored, cable-style launches. Another Fox launch of early 2014, Last Man on Earth, became successful through a lot of viral, cable-style promotion that was not dependent on a traditional TV lineup.

But Reilly is no longer at Fox, and his successors have gone back to a traditional model, though it hasn’t been particularly effective. Scream Queens, a show from the creators of FX’s American Horror Story, wasn’t able to get the kind of targeted promotion the cable show got, which may have contributed to soft ratings on its first night.

It may be that the fall season is impossible to get rid of, not for artistic reasons, but because of the people who buy the commercial time and pay for the shows. “Networks launch their seasons in the fall, because that’s when advertiser demand has traditionally been highest,” explains Vulture TV critic and business reporter Josef Adalian. “It’s a tradition based on the dynamics of the calendar, as well as just, well, tradition.” More than one network has tried to eliminate the “upfront”—that period in the spring in which the fall shows are presented to advertisers. This ritual is yielding diminishing returns: The Los Angeles Times reported that revenues at last year’s upfronts fell by six per cent.

But attempts to eliminate this bidding period always fail, because corporate clients love the attention. “Advertisers enjoy being wined and dined,” VanDerWerff says. In other words, the fall season may exist simply because the May upfront still exists—and that will stay around as long as the ad buyers want to go to a fancy party.

That means the only way to get rid of the fall season might be to get rid of advertisers. Adalian says networks such as CBS are hoping to get viewers to pay directly for shows someday and, in that model, “it’ll be important to have new programming year-round. I wouldn’t even be surprised to see shows regularly debut on these subscription platforms, then make their way to linear TV.”

But by the time that happens, the traditional TV model might become relevant again. Landgraf told the critics he thinks television is “in the late stages of a bubble,” and that the number of original scripted shows will start to contract. “I tend to agree with him that there will eventually be a contraction,” VanDerWerff says, “but I think it will be sort of catastrophic. There’s going to be a bubble that bursts in a really big way.” If it suddenly becomes less profitable for cable and streaming to do original TV shows, the fall schedule might wind up being the last institution standing after the apocalypse. And if it has survived this long, why not?