The success of 'Empire' has TV execs suddenly noticing that non-white people exist. Jaime Weinman explains why the industry still sees diversity as a fad 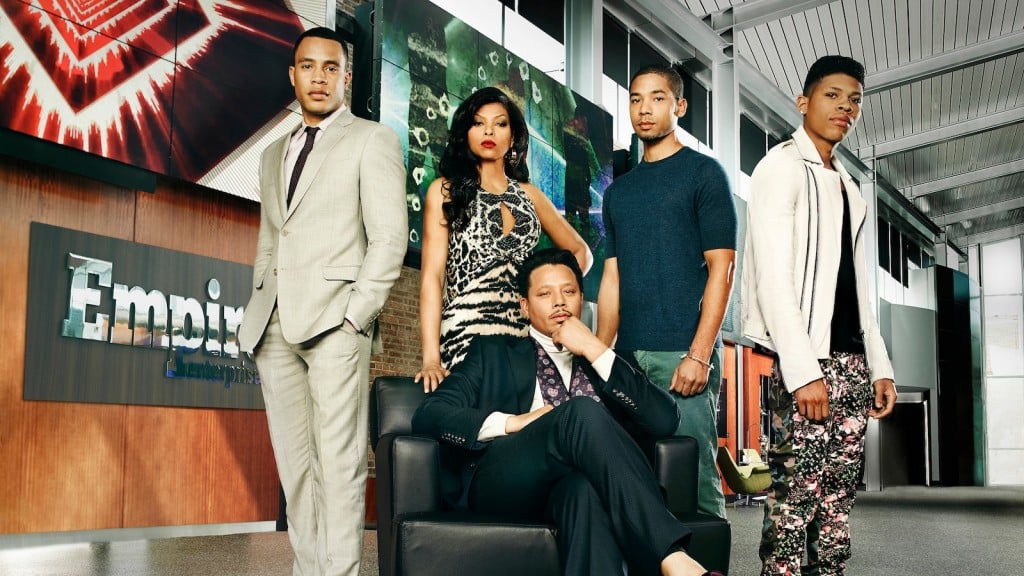 Pretty much the most unintentionally funny article you will read today is this instant classic at Deadline, by TV reporter Nellie Andreeva. Andreeva is a writer who tends to pass on what her anonymous sources tell her without seemingly bothering too much about whether they make sense, and in this case, her sources are Hollywood talent agents who are bothered by the trend towards non-white — or as they call it, “ethnic” — casting in television this pilot season.

Thanks to the success of Empire, the biggest new television hit in years, networks are looking to cast more non-white leads, changing characters from white to black, and sometimes going for a non-white actor where the character’s race isn’t specified. Andreeva’s sources acknowledge that there are some advantages to this, like, this is the first year they’ve actually been able to send non-Caucasian actors up for a lot of roles, but some of them are annoyed that a white client got turned down in favour of a non-white client, and so we get anonymous complaints that this whole diversity fad has gone too far, that there’s a rule that 50 per cent of the characters in a pilot must be non-white (I’m 100 per cent sure that this is a made-up figure), and, my favourite part of the whole thing, that the black market may now be saturated because there are four shows with black leads on broadcast television, plus BET and Tyler Perry.

Okay, mocking that article has been done to death in the last 24 hours, so I won’t keep going; just think of Andreeva and her sources next time you hear about “liberal Hollywood” or hear Hollywood insiders congratulating themselves on how enlightened they are. But let’s accept that there are, if not 50 per cent, at least more non-white actors up for roles this year. This obviously isn’t based on political correctness, but sheer business calculation: Empire is the kind of hit that wasn’t even supposed to exist in television any more, a show that started out huge and increased its audience every week, shattering the conventional wisdom that TV had to be content with falling viewership and pieces of a smaller pie. So where did these viewers come from?

Listen to Chip Zdarsky discuss race and superheroes on The Thrill, our pop-culture podcast

Well, as noted elsewhere — including in a comment on the Deadline article — the viewers that broadcast TV has lost tend to be young and white. Those are the people who, for the moment, are abandoning over-the-air television in favour of streaming and watching whenever they want. That leaves the networks with an audience that consists, to oversimplify this situation immensely, of old white people and younger non-white people. Advertisers don’t want old people, as you know. So the need to reach a young, diverse audience isn’t some kind of socially conscious project; it’s a matter of survival — that’s where the broadcast viewership is going to come from for the next few years, and Empire demonstrates that if you break through to that audience, you can stave off the death of broadcast television for a little while longer.

This may be why TV has embraced diverse casting a little (I said “a little”) more than movies, which depend increasingly on a global audience that doesn’t like “risky” casting of any kind. (Ridley Scott kind of gave the game away when he said he’d never have been able to get international funding for Exodus if he hadn’t cast white stars.) Movie audiences around the world—not just in North America, by any means—might be shocked if Peter Parker isn’t white. But the television audience is a little more willing to accept unconventional casting and a lot more anxious to see groups of people who don’t look exactly like the Friends.

Related: The state of the network TV sitcom

Now, just because diverse casting is in now, that doesn’t mean it will last. Those cynical agents with their talk about “ethnics” probably represent a part of Hollywood that is larger than we’d like to think (see also the Amy Pascal emails at Sony). We’re going to see a bunch of Empire ripoffs, and some of them will fail, as most shows do, and then the TV industry might decide that casting non-white actors is simply a “trend” that has passed its sell-by date. Others have pointed this out, but because spikes in diversity tend to be based on business considerations and copying what’s successful, they often go away once the business justification is over: businesses hire more actors of colour, congratulate themselves on how progressive they are, and then quietly go back to what they consider “normal” within a couple of years. The underlying problems hinted at in the article — non-white actors aren’t usually considered for parts; there’s a presumption that white people won’t want to watch them; they don’t get lead parts unless they’re “experienced” and they don’t get many chances to gain that experience — may wind up exactly the same after the TV industry decides this whole fad is over.

Does that sound cynical? Of course, because when talking about Hollywood and the way people think there, you can’t really be too cynical. But that article at least performed one valuable service by demonstrating why people get so passionate about the inherent importance of diversity and representation: because there really are a lot of things working against it, especially in acting, which is one of the few professions where employers are legally allowed to specify what race they’re looking for. The usual state of affairs in the business is that white actors have many, many more opportunities. The so-called “Empire effect” has temporarily changed this to a situation where … white actors still have many, many more opportunities, but other actors are doing a little better than they were. The question is whether this can last, or be turned into some kind of permanent change in the Hollywood status quo. Because as you can tell from that piece, there are plenty of people who are just counting the hours until everything goes back to the way it was.