Networks, suffering from a lack of confidence, hope to get extra mileage out of creaky hits in 2015 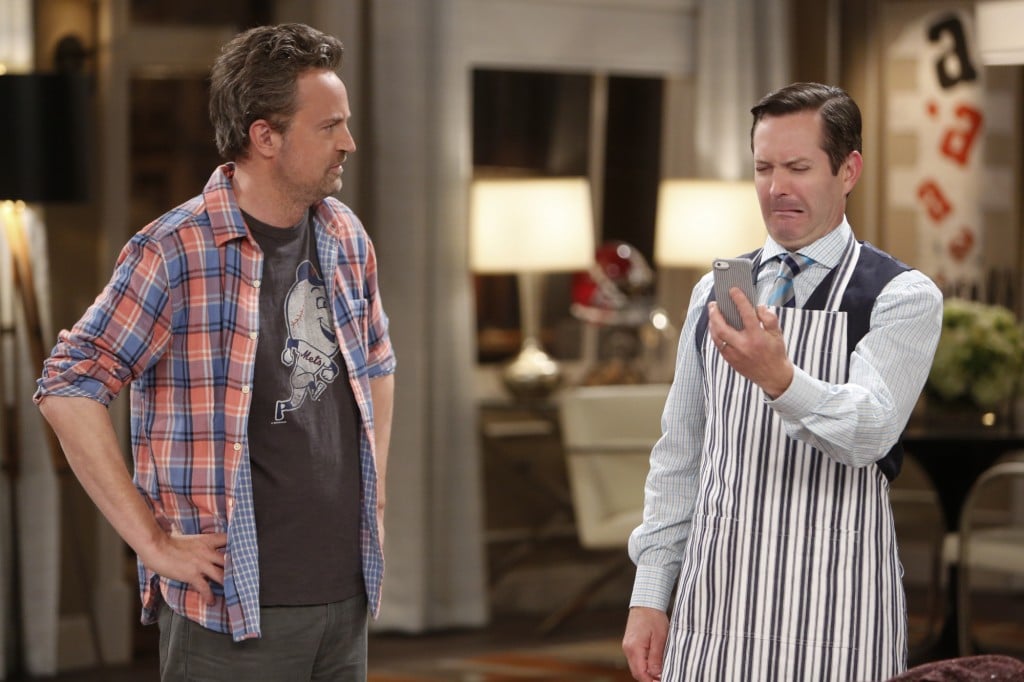 Despite all the talk of a golden age of television, it’s not so golden if you’re a TV programmer looking for a hit. Since The Walking Dead premiered in 2010, there have been few big successes. Maybe that’s why nostalgia is a big theme for 2015: Many networks and outlets will be trying to revive old successes or spin them off.

A couple of years ago, a confident, brash AMC let Breaking Bad end with Season 5 after multiple conflicts with the drama’s production studio. In 2015, the network is going back to that studio and trying to restart the franchise with Better Call Saul, a spinoff for Bob Odenkirk’s sleazy, comic-relief lawyer. AMC has also ordered a pilot for The Waking Dead, a prequel to The Walking Dead, about people on the run from a zombie epidemic—in other words, the same plot as the original, just set in an earlier time.

Other networks are trying to get extra mileage out of old hits, but, in some cases, they’re really old. NBC’s miniseries event this year is Heroes Reborn, a limited-run revival of the fantasy show Heroes, which was a gigantic success in 2006 and a massive disappointment for several seasons afterward. One of the big new sitcoms for mid-season is The Odd Couple, Matthew Perry’s remake of a 50-year-old play that has already been made into two other sitcoms.

Even reality shows, the most disposable form of television, are going back to the old classics this coming year, with VH1 announcing a return of The Osbournes, the ’00s reality sensation about lunk-headed rocker Ozzy Osbourne. And of course, you can’t rule out the movies’ method of taking decades-old comic book characters and milking them for all they’re worth. ABC has Agent Carter, a spinoff of the Captain America movies with Hayley Atwell as Cap’s secret-agent ex-girlfriend. And Netflix is doing four interlocking series based on Marvel comics characters, starting with Daredevil, who’s already starred in an unsuccessful movie. 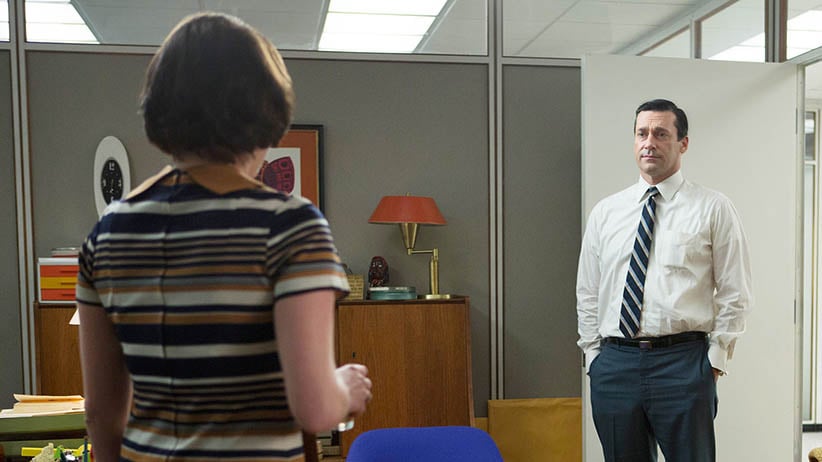 TV’s lack of confidence in new ideas may be reinforced by the other theme for the year: saying farewell to familiar faces and familiar shows. Mad Men, perhaps the flagship prestige drama of recent years, will end this spring after burning through the entire 1960s in only seven seasons. The musical Glee was a worldwide sensation in 2009; it’s going off the air after many bad seasons and behind-the-scenes tragedies. Former gods of the medium are leaving, too: David Letterman will retire in 2015, and Aaron Sorkin has declared he’s done with television now that The Newsroom has burned off its final episodes.

Whether the outgoing shows are hits—such as the biker drama Sons of Anarchy or cult comedies such as Parks and Recreation—what most of them have in common is that their networks don’t have much to replace them with: Two and a Half Men, the nihilistically raunchy sitcom, survived the firing of star Charlie Sheen, but CBS’s comedy lineup may not survive its loss after 10 seasons. If 2015 is the year of spinoffs and retreads, this might just be a golden age of nothing new to watch. Here are five from 2015 that are hoping to save traditional TV from obsolescence.

CSI: Cyber: Of the 2015 revivals, few are older than CBS’s CSI. How do you freshen up a mystery series that was once cutting-edge and is now very old-fashioned? With the Internet, of course! The new show will star Patricia Arquette as a forensic investigator who specializes in online crimes. Nothing’s more modern than extolling the dangers of the Internet.

Community: On the one hand, fans were overjoyed when Yahoo!’s streaming service stepped in to rescue this cultiest of all cult comedies after NBC cancelled it. On the other hand, the show is returning without much of the original cast: Two had already left (Chevy Chase and Donald Glover), and a third, Yvette Nicole Brown, has bolted from the new version. Streaming can save your favourite shows, but are they worth saving if new actors replace the old ones? 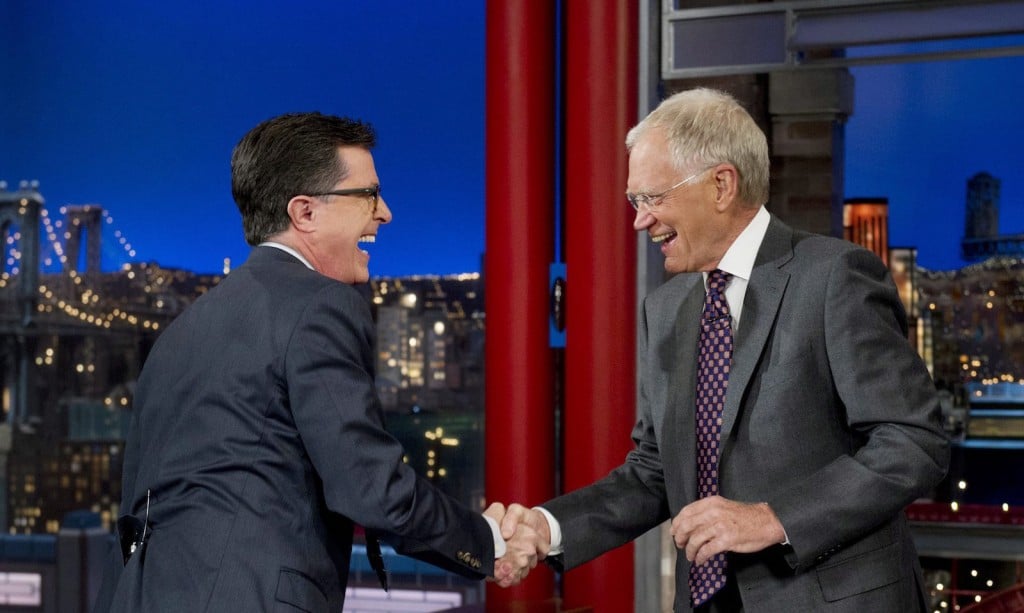 Stephen Colbert: The creakiest, most dated TV genre may be the late-night talk show, which has been exactly the same for most of the last 50 years. Colbert is replacing David Letterman, who, in the 1980s, was one of the few people who ever did anything new with the form; people are wondering if Colbert can do the same. But no one knows yet how he’ll come off when he’s playing himself rather than his blustery, right-wing character from The Colbert Report.

Daredevil: Marvel Studios’ first show for Netflix is an attempt to create a TV equivalent of their successful movie universe: four shows, about four different comic book heroes, who will all join together in a team-up series later on. The first and best-known is Daredevil (Charlie Cox), a blind lawyer who also dresses up in tights and tries to keep drug dealers from wrecking low-income areas. Like The Wire, but with superpowers.

Grease Live: The success of NBC’s The Sound of Music Live has executives thinking that what we really want to see is new productions of old musicals. While NBC has The Music Man scheduled for 2015, Fox is going to compete with a broadcast of Grease, a combination of 1970s nostalgia and 1950s nostalgia, two periods when networks had a lot more viewers than they do now. But will Fox truly dare to show this musical without cleaning up the lyrics of Greased Lightning?

FILED UNDER: Television year ahead 2014