The Bachelor Panel: Should some people not be on this show?

The Maclean's Bachelor Panel explains why we all continue to watch. 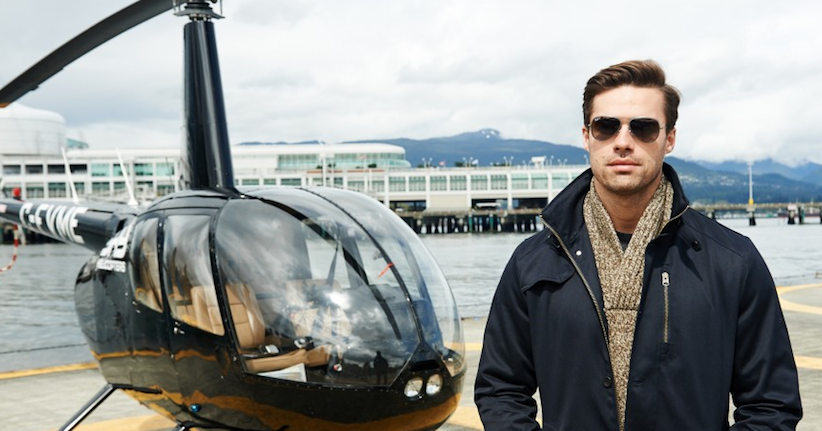 Colin, Aaron: Let’s open with the call to “cut the s–t”—surely the most impossible demand ever made on reality television.

But that’s exactly what Rileigh, philosophy student/cocktail waitress, marched up and demanded of our merry Bachelor, Tim, on Thursday night.

There’s nothing I like more than when a bachelorette breaks the Stepford Wife mould. But watching this season start to unfold, the strangest thing to me is how disgusted some of the contestants are by the realities of a series they’ve almost certainly watched for years. This should have been a fun, easy episode with its parade of first dates, but I found it rather dark overall.

On the one hand, Rileigh’s right: It’s unnerving that Bachelor Tim smiles approximately 197 per cent more than a normal human being. But that’s part of the gig right now. Sort of the same way he’s riding in more helicopters and wearing more suits. Tim seems very happy playing the role of TV heartthrob, and I don’t think he’ll keep Rileigh around if she doesn’t start to play along.

But much more so than Rileigh, it’s Kaylynn, the sensitive ballerina, who’s struggling to accept the rules of this game. Though Tim took her on a mountaintop one-on-one date, handed her a rose and kissed her just minutes into this episode, Kaylynn spent the week fretting about their relationship and lashing out when other women in the house told her to calm down.

“I didn’t sleep a wink last night,” she confessed at one point. She was too upset about him going out with the other bachelorettes—the exact premise of the series. By the time the rose ceremony ended, she was torn between finding someone to punch and leaving the show altogether.

Three bachelorettes did leave this week: Tim sent home Renee-Anne, Alison, and Sonia, the 42-year-old lingerie model. All of them were very gracious about it.

Meanwhile, Kaylynn’s pioneering a new type of bachelorette: someone who is so dramatic, I feel awful and uncomfortable that she was put there for our entertainment. Living in a house with 14 other bachelorettes reminds her of being at boarding school, where she has told Tim she was bullied for years.

Should someone have stopped Kaylynn from going on this show?

Some other questions on my mind: Did Tim just set a new record for bachelorettes kissed in a single episode? (Kaylynn, Natalie, and April Brockman). Is coy April Brockman this season’s Bianka? And is it ever going to stop raining at the Bachelor Mansion?

Sonya, Aaron: I find myself conflicted by your first question, Sonya. Should someone have stopped Kaylynn from going on this show? (And should that person maybe have been Kaylynn?) My first reaction is: Yes. Probably.

Let’s be honest: This would have been a completely boring episode, had Kaylynn not been involved. Whereas most of the women seem happy to be commuter planes, humming along at mid-altitude, avoiding storm clouds on the way to Destination Rose, Kaylynn is like a decommissioned fighter jet, rattling through an insane combination of loops and swirls about six feet off the ground. During a tornado. That kind of volatility is endlessly engaging.

Nevertheless, her meltdown is striking. Not for being a meltdown, mind you. That’s how she rolls, it seems. It’s why she had a meltdown that’s intriguing. There’s something about how surprised, even offended, she is by the Bachelor process. I couldn’t get over it. I wondered: Had she ever seen this show?

We must assume the answer is, again, yes. So what’s going on?

Kaylynn offers the explanation of bad memories replaying, and fair enough. I’m not in a position to question that. But her breakdown offers an opportunity to answer a question that’s constantly nagged in my mind when watching The Bachelor: How does everyone fall in love so quickly?

The answer, obviously, is that the show is snake oil. By that, I mean the concept is a fantastical cure-all, a love elixir. And, unlike the obvious fakes out there, this particular one has a very convincing and slick marketing campaign. It builds expectations extremely well. This much we know, evidenced by the quick infatuations. But, more important, the show’s conceit also breeds—and, in many ways, encourages—a sense of entitlement.

I’m beginning to like Martha for this reason. If I’m not mistaken, in the midst of the Kaylynn Show, she was the one who reminded her: “There [are] other girls who deserve the feelings you have.” In other words, Kaylynn, you are not entitled to all of the feelings here, no matter what your expectations were.

Ultimately, as dark as Kaylynn’s episode was, it was a wonderful reminder of why we all continue to watch. The Bachelor’s genius lies in how it sells itself, and how it manages, time and again, to convince yet another pile of rubes to fall under its spell.

Speaking of which, there were other women around. And Tim seems intent on spending most of his time with the least interesting ones.

Real Estate April whispered to herself that Tim seems “cool” and confessed to loving a song I’m pretty sure nobody’s ever heard before. Christine offered her thoughts on Tim’s buttocks, but little else. And then, of course, there’s Bizarro April, the chirruping twee burlesque dancing on my last nerve. Tim constantly wonders if there’s more to her. Perhaps they’re perfect for each other.

Sonya, Colin: I’m always fascinated by how quickly people can fall for the idea of the show, or at least the idealized idea of what the show could result in: I must have a rose, I need to get more time with him, I’m really falling for him, I think this could be the start of something special, and so on.

Objectively speaking, you’ve only just met this man. You really have no idea what sort of human being he is. And you’re constantly being put in weird situations, including the very setup of being put in a house with a dozen women who are also competing for and making out with the guy.

Shouldn’t you be rather circumspect? Isn’t it weird to quickly invest that much emotionally in this?

Of course, you signed up for the show, so you probably aren’t completely dismissive of the premise (nor am I, admittedly). And I can imagine the unique situation (and the producers) encouraging enthusiasm for the process. (I imagine the TVs in the house playing engagement scenes from previous episodes of The Bachelor and The Bachelorette on a loop). Also: Humans might be naturally predisposed to compete with each other when put in situations that call for it. (If you locked Colin and me in a room and told us that the wittiest one would get exclusive access to the next Radiohead record, we’d probably go days without sleeping, as we traded riffs on politics and pop-culture ephemera and took turns crying.)

Not to mention: Most people want to fall in love.

Oh, and it seems like alcohol is readily available.

So Kaylynn might have been best advised not to go on this show (at least, unless it helps her work through some stuff). But some of her rivals might be advised to be less enthusiastic about the process she’s struggling with. A rose is nice as a competitive accomplishment, room decoration, and ticket to Cabo (next week’s destination), but that’s about it, really.

Which is basically why I like Rileigh. Admittedly, I always like the one who, even if, just for a moment, vocalizes that this is kind of a weird deal. But Rileigh did this directly and profanely. And I really didn’t know you could say the s-word on TV these days. My next appearance on a political panel is going to be way more fun.

Rileigh still managed to get a rose, but she also has the makings of a decent exit: If you’re going to get kicked off this show, you might as well do it because you’re somewhat ambivalent about the experience you’re having.

FILED UNDER: The Bachelor Canada The Maclean's Bachelor Panel