Do you guys remember a show called ElimiDate? Those of us like me, who, in the early 2000s, were prone to watching TV in the hours past about 1 a.m., might be more familiar with it than others.

The premise was roughly this: One man (or woman, but less frequently, if I remember correctly) would be presented with four potential suitors. As the show went on, he/she would gradually eliminate dates one by one. It was essentially a half-hour, slightly bawdier version of The Bachelor. And, for a time, it was the one reality show in which I thought I might be able to take part—as the eliminator.

My plan of attack was simple. I wouldn’t eliminate dates based on whether I liked them. Instead, I’d take the competition more literally. I would devise some arbitrary task for them to perform, but if they failed it, they would be immediately gone. No questions asked. In one of my many scenarios, for example, I would gather all four contestants together right off the bat at a local track and simply pit them in a 400-m race. Whoever lost would be sent home.

I understand the point of TV. It’s very straightforward: Something has to happen on the screen. But my point is that the things these shows make people do often have no logical bearing on the overall crux of the program. So why pretend they do?

For instance, I’ve always been curious why shows like The Bachelor insist on believing that the only way to really know someone is to jump off something high while holding hands, as Tim did with Lisa this week. I’ve never done that with anyone, and I still feel like I know a lot of people quite well. Am I missing something? A connection at another level?

Or is it all just to create metaphors?

“We’ve got this massive jump ahead of us, but it’s okay because we’re doing it together,” Tim said of the canyon jump with Lisa. Oh, like marriage. I get it.

And then there was the dancing.

Tim had four women (Sachelle, Jenny, April Burlesque and Martha) perform a (traditional?) Mexican dance this week, while he stood between them doing the White Guy Shuffle. Tim generously interpreted this task as a way to see each girl’s fun-loving side, or how comfortable they were with new situations. Or something.

And this is why Sachelle won, ultimately. She was terrible, but just, like, went with it and stuff! Her uncoordinated flailing proved . . . well, I don’t totally know, but Tim was convinced it proved something important about her character. (Aside: Does anyone else feel like she might be the winner? She feels like a winner.)

Martha, to her credit, failed to see it the same way. She seemed to think the best dancer would automatically get the one-on-one. Her bearings were off—too literal. Needless to say, she may have done a lot better, had Colin of 2002 been deciding things. I knew there was something about her I liked.

Tim sent her home in the end, along with three others. But all four were gone all at once because Tim eschewed the format. Maybe I’ll have to start liking him, too.

No, I don’t think I ever caught ElimiDate. But one part of the premise appeals to me: the changing contestants.

Just three episodes into The Bachelor Canada, I am completely over our protagonist. I find Tim as flat as the stomach he showed off this week, gliding down the Mexican beach with Aviators on and shirt open (as one does).

This is a huge barrier to my enjoyment of the show. I need a lead character I’m rooting for;  think Mindy in The Mindy Project. Tim is far too straitlaced and image-conscious to be any fun as our country’s Most Eligible Bachelor.

Here’s a typically lame line from last night’s rose ceremony: “I’m really happy for the conversations that we’ve been able to have in this gorgeous place.”

Throughout the trip to Mexico—whether he was free-falling down a canyon with Lisa, drinking wine with Sachelle, or pulling Natalie into his cabana—Tim had one question on his mind. He repeated it frequently: “I wonder if she has another layer to her.”

The real question is: Is there another layer to him?

Tim’s big move this week was to cancel a group volleyball date he’d planned with six bachelorettes, and instead spend the whole day sitting in a cabana, taking turns talking to each woman one-on-one. Not only was this pretty disappointing to those who had already gotten into their team bikinis, it didn’t make for riveting TV. It was basically a replay of their first night at the Bachelor Mansion.

“I would have rather played volleyball,” Trisha said, completely fairly.

But Tim seems committed to making this season of The Bachelor Canada as low-key as possible. In last night’s pivotal scene, Kaylynn—she of the weekly meltdowns—tracked down Tim’s hotel room (a major no-no) and knocked on the door. “Are you getting ready for your date?” she asked, as casually as she could manage.

Was Tim startled? Did his eyes betray fear? Did he kick her off the show then and there for being way too intense? Nope. He invited her inside for a friendly chat, and told the cameras super-carefully that, “Kaylynn definitely takes the reins,” and that her anxiousness “just highlights how rushed everything is here.”

I have a feeling it highlights a lot more than that, but we’ll leave Tim to figure that out as he continues his journey in the Bahamas next week with the eight remaining women. 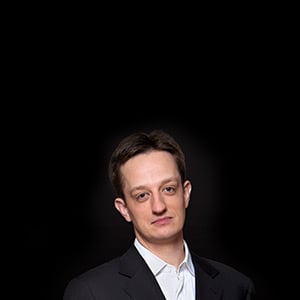 I think we’ll always look back on this episode, maybe even this season, and wonder, “What if?” What if those girls had played volleyball? What if Dominique, who was slated to play in the ill-fated match and was later eliminated, is an exceptional athlete whose performance would have somehow brought her and Tim together for a life-long love affair? What if one of the girls who was supposed to play, and who Tim kept around for another week, is viciously over-competitive or a very poor loser? What if, now, Tim doesn’t discover this until it’s too late and he ends up marrying someone he can’t play board games with? What if he just doomed himself to a life of Yahtzee-less misery?

We’ll never know if it could have been different. In an alternative timeline, the girls played volleyball and everything is different now.

Which is part of the genius of the Horgan Doctrine. Design a series of arbitrary, but measurable, contests and eliminate a potential spouse after each until there is only one remaining—removing as much subjectivity and whim as possible from the process. Are we entirely sure this wouldn’t work out at least as often as the alternative?

Oddly enough, much as Colin used to think about how he’d handle the existential quandary of ElimiDate, this episode also made me wonder what I would do if I were on this show.

My first problem: If I were wearing a shirt, I would want it to be buttoned. (I mean, if you’re going to put a shirt on, why stop short of buttoning the thing? Someone, probably multiple people, went to the trouble of designing and sewing a shirt with buttons and holes for those buttons. Don’t insult their effort. Show some respect.)

But, more important, I don’t think I could maintain interest in that many girls at the same time. Now, granted, I would probably find the inner strength to persevere and entertain the attention of a bunch of pretty girls who were inclined to pursue me. But I don’t think I would particularly enjoy having to manage a dozen or so “relationships,” let alone all of the vague senses of possibly falling in love. (Sample testimonial from my season of The Bachelor: “Yeah, she seems cool. You know, we’ll see. I’ve really only just met her and it’s really hard to judge these things when the circumstances and the setting are so unusual. But yeah, a fun night, all things considered.”) By the end of the first week, I’d have picked two, maybe three girls to keep talking to. And there’d be days when I just decided to stay in and catch up on some reading.

All of which to say that I rather appreciated Tim’s decision to eliminate four girls this week. Possibly, he is big-hearted enough to be genuinely fascinated with the potential of each girl, but it seems like a small nod to actual reality (and reasonable efficiency) that he did not get to the end of another week with only two girls he was willing to eliminate.

The volleyball thing, though: Tim’s going to have to live with never knowing what might have been.

FILED UNDER: The Maclean's Bachelor Panel