The missing plane that saved CNN

CNN has been obsessed with the disappearance of Flight 370, but the ratings show there's method in its madness 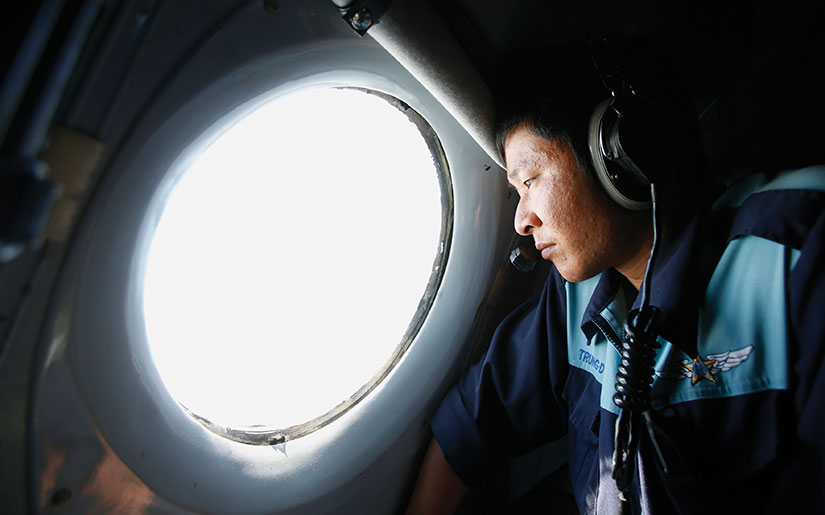 You may have noticed a certain theme in recent coverage on the 24-hour news channels… a certain missing airplane and speculation on where it might be. Malaysia’s Flight 370 has been the big story on cable news recently, but nowhere has it been bigger than on CNN. Despite the almost complete lack of information about what happened, CNN made it a semi-permanent story, pre-empting many shows for Flight 370 coverage—mostly consisting of speculation, since there were hardly any facts to go on. By the time the network’s Don Lemon was speculating that the plane might have disappeared into a black hole or was the victim of something “supernatural,” you might have been forgiven for wondering if some kind of craziness was in the air at CNN.

Well, if CNN’s crazy, it’s crazy like a 24-hour fox. Because the tragedy of the lost jetliner has been a joyous occasion for the network, whose ratings have improved dramatically thanks to the story. Bill Carter of the New York Times notes that CNN’s numbers have gone up so dramatically that they’ve actually beaten Fox News a few times during prime time. Three times last week, Anderson Cooper’s 8 p.m. show beat out Fox’s top star, Bill O’Reilly, among viewers aged 25 to 54, the demographic that advertisers pay a premium for on news channels. A senior CNN executive, who may or may not be CNN head Jeff Zucker (the source asked not to be identified, but Zucker is a familiar Carter source from back when he was running NBC), gleefully called it “a tremendous story that is completely in our wheelhouse,” and it seems to be virtually the only kind of story that can make people change the channel to CNN en masse.

CNN’s ratings problems have long been a familiar story: continually crushed by the conservative juggernaut Fox News, it’s also sometimes lost ground to MSNBC and its crop of liberal pundits. CNN has gone through many shows and hosts trying to fix its viewership problems, and nothing has worked. Most recently, CNN canceled its prime-time interview show Piers Morgan Live, a disastrous attempt to make an American news star out of British host tainted by the UK’s phone-hacking scandal. Nothing that has been tried so far by Zucker, or his predecessor, has been able to turn around CNN’s serious disadvantage when it comes to nightly and daily pundit shows.

But when a big round-the-clock news story breaks, then CNN roars to life like the Godzilla of news. This may be the biggest ratings bump CNN has recently gotten from a major story, but it isn’t the first. Last year, the network was widely mocked for its coverage of the Boston Marathon bombing, and particularly for its false assertion that a suspect had been taken into custody. But it didn’t matter that CNN wasn’t doing the most accurate reporting on the story: its ratings increased by 194 per cent during the coverage of the bombing, compared to a 48 per cent jump for Fox (though that still left Fox in the lead). On a slow news day, people wouldn’t turn on CNN if you paid them—but if a real 24-hour story is happening, those same people all rush to see what CNN is saying.

What can account for this split personality on CNN’s part, between the successful purveyor of big ongoing stories and the brutally unsuccessful network that operates on all the other days of the year? The clue might be in something veteran media analyst Brad Adgate said to Reuters last year: “CNN, despite its ratings woes, is still a destination network for the light and casual news viewers. They have been around longer than anyone else.” The people who follow something like the Flight 370 story may, in many cases, be people who don’t usually watch 24-hour news. But when a story breaks that they’re interested in following all day and all night, CNN is still the place they instinctively go. It has the brand name left over from the Gulf War in the ’90s; it has the resources for doing this kind of saturation coverage. CNN is the first network that comes to mind for this type of story.

But when there isn’t a story this juicy, with this kind of crossover appeal to people who aren’t news junkies, then CNN is lost. It’s on these other days that Fox News really shines. Fox News is built not around news stories but around punditry, and its selection of news often consists of taking an item that isn’t that interesting in itself and funnelling it through the outrage of their pundits and panels. If it’s a slow news day, the rage on Fox News or the policy-wonk nerdiness on MSNBC will make it seem like something outrageous and important is always happening. CNN, with a poor track record hiring pundits and its desire to avoid a partisan slant in its punditry, is out in the cold when it comes to firing up the 365-day-a-year news addicts.

That means CNN’s year-round ratings problem may never be solved, unless Zucker aggressively changes its approach and its lineup of news anchors. Failing that, the network can only hope and pray for something like Malaysia Flight 370 to last as long as possible. But everything ends. The appearance of some leads on possible debris from the plane has already begun to dampen CNN’s coverage; now that it seems more like a conventional plane crash rather than a supernatural mystery, we’re already seeing the reporters devote slightly more time to Ukraine and other such unimportant matters. And when CNN has to bid a reluctant farewell to the plane story, it’ll go back to being the weak link in the 24-hour news chain—until another crossover story breaks, and the sometimes viewers all come running back to CNN again.