The secret behind Orphan Black's success? The woman behind the clones.

Orphan Black may have found an answer to TV’s woman problem. 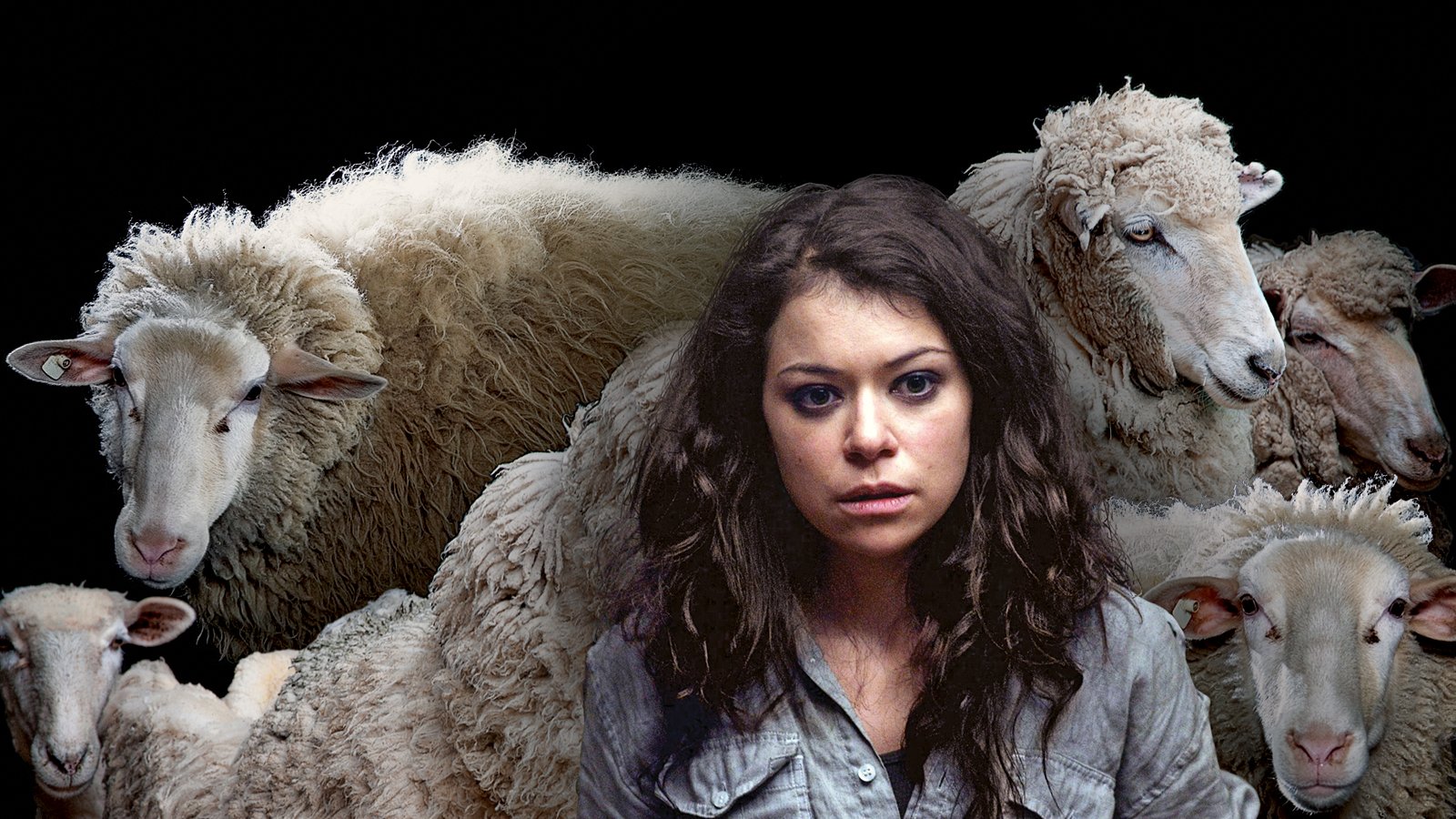 The fourth season of Orphan Black, beginning April 14 on Space, continues the story of a group of identical clones played by Emmy nominee Tatiana Maslany. With 30 episodes down, and another 10 to come this season, it’s no longer a shock to see Maslany interact with many different versions of herself. “The first season was a crash test in trying to figure out how to do this thing, and if anybody was even going to believe that we were all different characters,” Maslany says. Now Orphan Black is passing the test faced by any high-concept drama: keeping its grip on the public even after the initial gimmick has worn off.

Of course, Orphan Black is far more than just a gimmick show. Like many serious science fiction writers, creators Graeme Manson and John Fawcett have tried to present real-world issues, like identity and the morality of modern science, in the guise of a fantasy plot. But to get viewers thinking about the issues, a show has to hook them first, and what initially hooked people on Orphan Black was its audacious central conceit: one performer, Maslany, playing several characters who looked the same but all acted and talked differently. “It is quite remarkable when you consider what she’s doing,” says Jon Arklay, senior vice-president of brand creative and marketing for the show’s producer, Bell Media.

It was not only an acting feat for Maslany, who instantly became one of the most talked-about stars on TV, but it was a technical feat, too, demonstrating how Canadian TV could match any nation’s industry for special effects. “It’s pretty complicated,” Maslany says. “We use a special camera called the techno-dolly, which memorizes the camera’s moves in its internal computer. I have to talk to my clone double, Kathryn Alexandre, or, when she has to be removed from the scene, to an X on the wall or a tennis ball or something.” No wonder Arklay says that in selling the series initially, “the focus was on the clones.” The very fact that it was being done at all was astonishing to everyone.

Related from macleans.ca: Why you should care about Orphan Black

Now, though, viewers are used to this kind of complexity. That means the series no longer depends on the surprise value of seeing what Maslany and the technical team can do. While the producers still sometimes roll out new clones—“We introduce a new clone in the trailer for the fourth season,” Maslany points out—it’s no longer a shock to see them turn up, and the promotion no longer treats it that way.

Instead, the show depends on its increasingly complicated unfolding conspiracy plots, which pit a mysterious scientific cult against a mysterious religious sect. The writers are constantly adding new interlocking mysteries, or revealing new things about stories that seemed to be settled. The series began with the death of one clone, whose backstory will be examined in more detail this season, and Maslany says that one of her characters “kind of goes back down the rabbit hole to discover new information and answer questions that we’ve been posing since season one.” 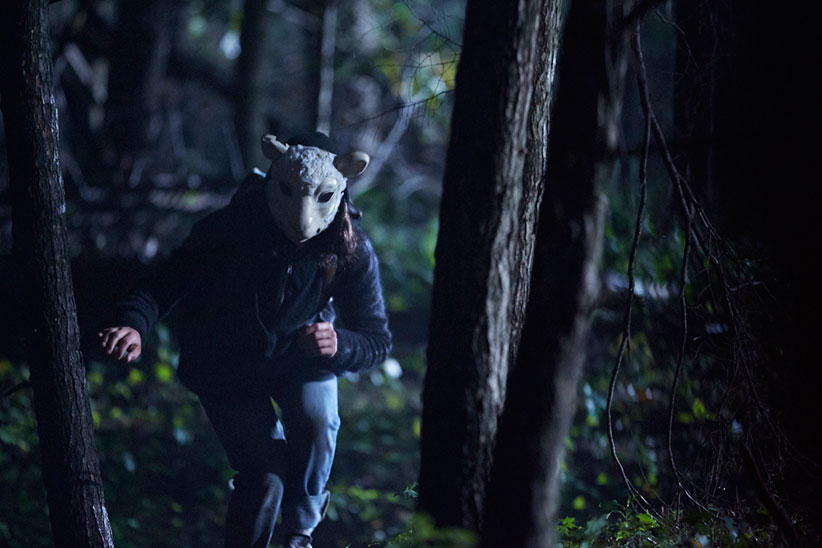 In theory, the increased complexity of a show like this could be a turnoff. Most high-concept shows have a relatively easy time selling the first season, not just because the premise is easy to understand, but because networks put a lot of money and effort into getting them noticed. Once they get to later seasons, they don’t usually have the same fanfare, and the premises can seem thin or unwelcoming to people who aren’t already interested. Person of Interest, the CBS show about a machine that can identify victims of future crimes, was launched five years ago as one of the most anticipated dramas on TV. But this spring it will go off the air, a victim of declining interest and an idea that was stretched as far as it could go.

Orphan Black hasn’t even come close to burning out. In Canada, Arklay says, it’s “a ﬂagship show for Space. The fanbase is incredibly engaged, and that engagement grows over time.” Maslany adds that in the last three years, at conventions, “we talk to fans about why they connect to the show, and they watch the show closer than even we have watched it; they know these characters inside and out.”

The show has also received increased award exposure. For Orphan Black’s third season, the Emmy Awards finally recognized Maslany with a nomination after facing heavy criticism for not doing so before. Instead of breeding contempt for the show, increased familiarity actually makes people respect it more.

So what does Orphan Black have that keeps it fresh? For one thing, it may have benefited from the growth of a progressive cultural climate in North America, and the yearning to see it represented on TV. In the show, the creators of the clones have literally tried to write a patent into their DNA, and much of the series revolves around women rebelling against the people who claim to “own” them. TV Guide’s Sadie Gennis wrote that the women Maslany plays are constantly “reaffirming that their skin, their body, and their decisions are theirs to control.”

The non-preachy political slant has made the show a huge hit with the fan communities that have sprung up on Tumblr, Twitter and on blogs. “I think the show has a lot to offer in terms of feminism because it features many facets of women and their struggles with sexuality, domesticity, and consent,” says Alissa Medina, founder of Fembot magazine, who wrote an article praising the show two years ago. “There are so many different characters that represent so many important feminist themes and issues—from being transgender to being a woman in the science field.”

In other words, what seemed at first like a stunt—one woman playing multiple women—may have a greater social appeal: the gimmick strikes a chord with viewers because Maslany represents the idea that women come in all forms. “Obviously, there isn’t a representation for everyone, but to have some semblance of what women face—in terms of sexuality, motherhood, etc.—is progress,” says Medina.

The show is also helped by today’s TV viewing culture, which makes it easier for a complex, serialized show to bring in new fans. Not that long ago, any show with as complicated a plot as Orphan Black would have been inaccessible to new viewers: the only people who got into it would have been the ones who had been with it since the first season. 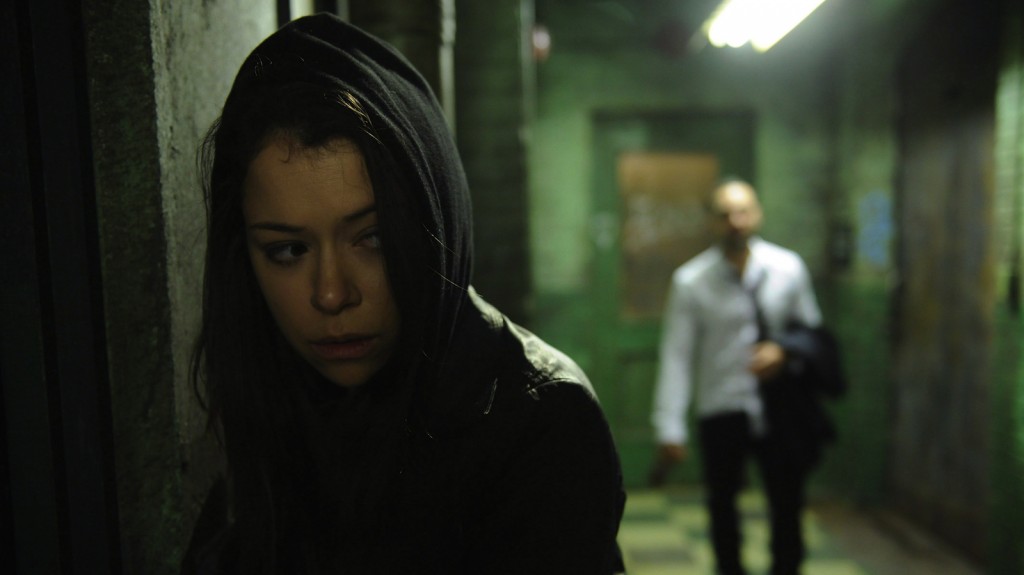 Today, though, streaming and other formats have made it possible for new fans to catch up on a show from the beginning. Arklay points to Breaking Bad, a serialized show with a gimmicky premise, which built a big audience thanks to the people who discovered it on streaming services. Orphan Black, which is streaming on Bell’s CraveTV service, hopes to pick up more viewers that way. “They can marathon-watch, get caught up, and hopefully be interested in the new season,” Arklay says.

At the same time as it tries to get new people interested, though, it benefits from that intense connection with existing fans. A lot of the promotion behind the series involves trying to reach out directly to people who are fascinated by the characters. One of the posters for the current season, by American designer Jeff Langevin, was the result of a fan contest co-sponsored by BBC America, the network that runs the series in the U.S. BBC America also announced that it will start showing Space’s post-show discussion series, After the Black, where people talk about how the episodes are made; this technique, pioneered by U.S. shows like The Walking Dead and Breaking Bad, helps give fans a sense of intimate connection to the show, and builds their interest in guessing what’s to come.

“More and more,” Arklay notes, “it seems that people aren’t just watching shows, they’re becoming fans of them.” That means a show like Orphan Black, which caters to a small but passionate fan base, may actually be a better bet for long-term success than a show that tries to have more generically broad appeal.

None of that means Orphan Black is going to be Game of Thrones. The previous season’s premiere on BBC America drew half a million people. “We’re not going to get five million viewers. It’s niche within a very popular genre,” Arklay says. “Our expectations are in check.” But its high-concept premise and serialized storytelling makes it a bigger phenomenon than some of the more seemingly accessible dramas that Canada has produced in the past, and creates a level of fan engagement that a simpler science fiction story couldn’t. “Now that we’ve got an audience, and we’ve gotten to know these characters,” Maslany says, “I find the challenge is to keep deepening them and making sure they don’t fall back into territory that we’ve already tread.” In today’s TV, a show may be a better bet if it doesn’t have a lot of repetition. Of storylines, anyway. Repeating the same actor is fine.