The truth about Girls 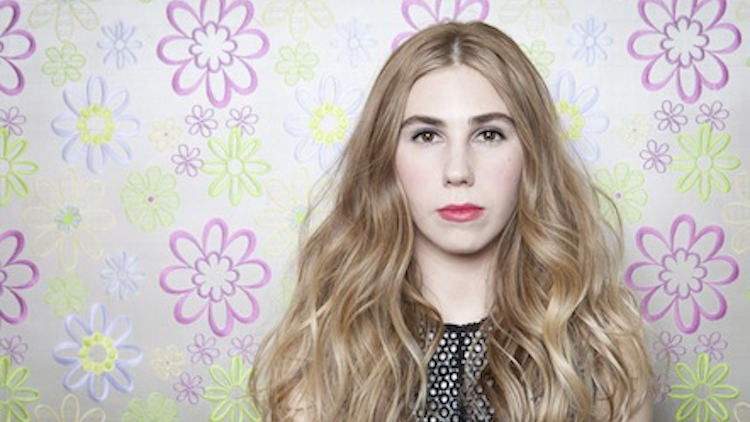 What’s the limit of honesty?

Shoshanna finally has something to say – or, at least, the opportunity.

For most of the this season of Girls, Shosh has been mostly forgotten, reduced to a caricature of herself. She’s been out exploring her options with boys and occasionally blabbering on in her typical fashion, but she’s not been a central figure as she was last year during her relationship with Ray. It’s been noticeable for those watching. And apparently she’s noticed it too.

In the midst of the inevitable argument between Hannah and Marnie that had been building all episode, Shosh finally decides to speak up. First, she speaks to Marnie, telling her to “chill the f–k out about dinner,” and that the duck Marnie had prepared “tasted like a used condom and I just want to forget about it.”

It’s unclear which part of that would have been more insulting to Marnie – the demand that she chill out about dinner overall, or the quality of the food she’d served – but I’d wager on the second. After all, the dinner was meant to be a pivotal part of the weekend Marnie had planned for the four Girls girls at an immense, borrowed beach house. It was supposed to be the portion of the weekend where the four of them could get honest with one another and “start the healing” and so forth – a time for the four of them to reconnect, get a little closer and have some kind of heart-to-heart-to-heart-to-heart.

It would be easy to blame the disruption of that plan on Elijah and his re-entry into the Girls-verse, along with his new boyfriend and two other buddies, as unexpected guests to the beach house. It was, as we’ll remember, Elijah’s brief and confusing tryst with Marnie following a Season 2 karaoke party that caused the rift initially between Hannah and Marnie. That he had unexpectedly returned, been welcomed by Hannah, and then overstayed his welcome through the special dinner, might be blamed as the spark that lit the fuse. But that’s the complicated way to explain things.

The easier way to look at it is that Marnie’s honesty weekend, while disrupted, was actually a roaring success, even if not as planned.

That’s especially true when it came to Shoshanna, who has more to criticize than the dinner. After Marnie finally voices her annoyance that dinner was supposed to have been this time for ultimate honesty, and Hannah responding that she didn’t feel like being honest, Shosh suggests that “being honest is fun.”

“What are you talking about, Shosh?” Hannah asks.

“I’m talking about the fact that you’re a f–king narcissist,” Shosh replies, before levelling some Truth: “Seriously I’ve never met anyone else who thinks their own life is so fucking fascinating. I wanted to fall asleep in my own vomit all day listening to you talk about how you bruise more easily than other people.”

And then, a few minutes later, she had more.

“You guys never listen to me. You treat me like I’m a f–king cab driver,” Shosh says. “Seriously, you have entire conversations in front of me like I’m invisible, and sometimes I wonder if my social anxiety is holding me back from meeting the people who would actually be right for me instead of a bunch of f–king whiny nothings as friends.”

Here, one might wonder if Shosh learned something from Ray after all. Perhaps that’s why everyone seems to finally be listening.

“Well maybe Shosh has a point,” Hannah concedes. “It’s not like any of us have had any fun together in the past what, two years?”

Marnie tries to argue this isn’t true, but when her proof is to suggest the weekend she’d planned (which was clearly, thoroughly falling to pieces) could have been a lot of fun if everyone had just followed the rules, it becomes very obvious that it is. And so, the real question of the episode – and perhaps the season so far – is finally asked: Why aren’t these Girls having fun together anymore?

What are friends for?

An answer by way of an aside, if I may:

There’s this bit in the 1986 movie Stand By Me, where Chris Chambers (River Phoenix) and Gordie Lachance (Wil Wheton) hang back from Teddy Duchamp (Corey Feldman) and Vern Tessio (Jerry O’Connor) as the four are walking a back-country path on the way to find the dead body of 13 year-old Ray Brower. And they’re talking about the future. “I don’t want to be a writer,” Gordie says. “It’s stupid. It’s a stupid waste of time.” Chris, annoyed by Gordie’s attitude, reprimands him. “It’s like God gave you something, man, all those stories you can make up. And He said, ‘This is what we got for you, kid. Try not to lose it.’ Kids lose everything unless there’s someone there to look out for them. And if your parents are too f–ked up to do it, then maybe I should.”

It seems here, taking these Girls into consideration, that Chris Chambers was indeed on to something. The reasons for the Girls having not enjoyed a good time together in perhaps as much as two years could, if you wanted to list everything, stretch on and on for a while. And that list would include the big things (narcissism) as well as the small (bad cooking).

But it’s apparent by the end of the dream-turned-nightmare weekend, that the real reason each Girls’ life is in such a state of disarray is that they’ve forgotten the simple truth Chris Chambers was speaking to about friendship. That is, in no time at all, we can lose our perspective on things – on our confidence or our sense of self, or perhaps our goals and our talents – and feel pretty well defeated, ready to give up. For a while, we have our parents to help us, but after a time, they no longer do or can. So, we have to look out for one another.