A spat between TV hosts that came to blows should be resolved with cash and an apology, or the BBC's Top Gear could disappear 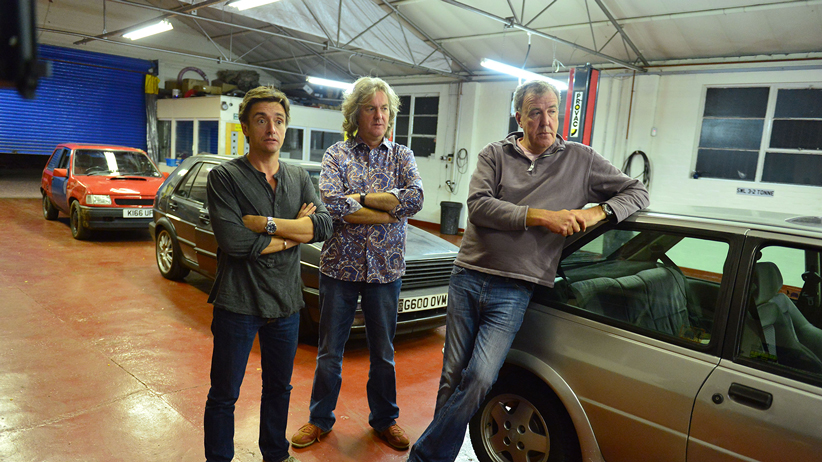 Don’t worry too much about the fate of the BBC television program Top Gear: it is all in the hands of Ronald Coase. Coase (1910-2013, and no, that’s not a typo) was the economist who stumbled onto an elegant “theorem” that bargaining over an economic externality will lead to an efficient outcome, no matter who is originally assigned the thing, if there are no transaction costs.

Put in plainer English: If someone finds a goose that lays golden eggs, it probably won’t get cooked. The party that can get the most eggs from the goose has an incentive to outbid everyone else for it, including the random finder. The Coase theorem involves several assumptions—one of them being the existence of a marketplace in which everybody has pretty decent information about the goose. But that assumption would seem to apply to Top Gear, a most prolific bird. Supposedly, the franchise and its licensed knockoffs bring in some $283 million a year.

Interest disclosure: journalists tend to like Top Gear because two of its three hosts, Jeremy Clarkson and James May, came from print newspapers. They’re not especially handsome or even well-groomed, but at fairly advanced ages they somehow turned sarcasm and mischievousness into a planet-blanketing business empire.

Clarkson got into trouble on the evening of March 10 when he returned late from a day’s shooting to a hotel in the Dales of Yorkshire. The big fellow was keen on a hot meal, but the hotel’s chef had been unwisely permitted to abscond, and Clarkson settled his wrath upon longtime producer Oisin Tymon. Witnesses describe Tymon as receiving a spectacular barrage of verbal abuse. One newspaper is reporting that Clarkson punched his colleague, and there are other reports that Tymon was called a “lazy Irish [word we can’t print].” The BBC suspended Clarkson, cancelled the three episodes remaining in the season and arranged an internal hearing.

The problem is fascinating partly because the BBC has issues familiar to us from our own CBC: It is publicly owned and (through a licence fee) more or less publicly funded. That makes its troubles public business. Clarkson has accumulated a long rap sheet of xenophobic jibes and impolitic comments; part of the show’s appeal, perhaps even in foreign countries, is an ironic rude-uncle English chauvinism that has also created a legion of liberal haters. Note, however, that Clarkson and his pals spend as much airtime making fun of bad British cars as they do cracking wise about the Germans and the French.

By Clarkson’s own admission, he is already high on the brown list of the BBC’s human resources apparatus. Striking a co-worker is pretty nearly unforgivable. And he does seem chastened. In a Sun column that appeared after the incident, he wrote about dinosaurs being a “mistake” of nature that were “too big, too violent” to live: “No one,” he scribbled sadly, “mourns their passing.”

That hasn’t stopped some fans of the show from suspecting a grand conspiracy to destroy the glaringly white and male Clarkson. If there is such a conspiracy, he has certainly helped it along. Perhaps he is ashamed mostly of his dumber defenders: is punching people an actual privilege to be asserted by white male TV geniuses?

But punching somebody in the face does have one great virtue, as life mistakes go: it is all essentially between you and the punchee. Top Gear almost certainly brings enough money to the BBC to cover the hurt feelings, and even, within limits, the physical suffering of a grown man. Be honest—isn’t there a sum of money you would take in exchange for being hit once and never speaking of it again? From a standpoint of justice, if not honour, it would seem better for everybody for Tymon to get oodles of cash than for Top Gear to disappear while he contents himself with an official corporate declaration that, yes, the guy who thumped him was in the wrong.

If it is not possible for the BBC to finesse the problem thus, there is always Sky Broadcasting. The contracts of Clarkson and his co-hosts, James May and Richard Hammond, run out in April. The format of the show is mostly Clarkson’s invention, and there is no guarantee that the laddish Clarkson-May-Hammond triple act, which helped propel a dry consumer-affairs program into a world franchise, could survive the transplantation of a member.

As a business proposition, the trio are obviously more than the sum of their parts. So they will probably stick together. Wherever they end up. If Coase was right. And the assumptions bear up.