What exactly are we learning from The Learning Channel? 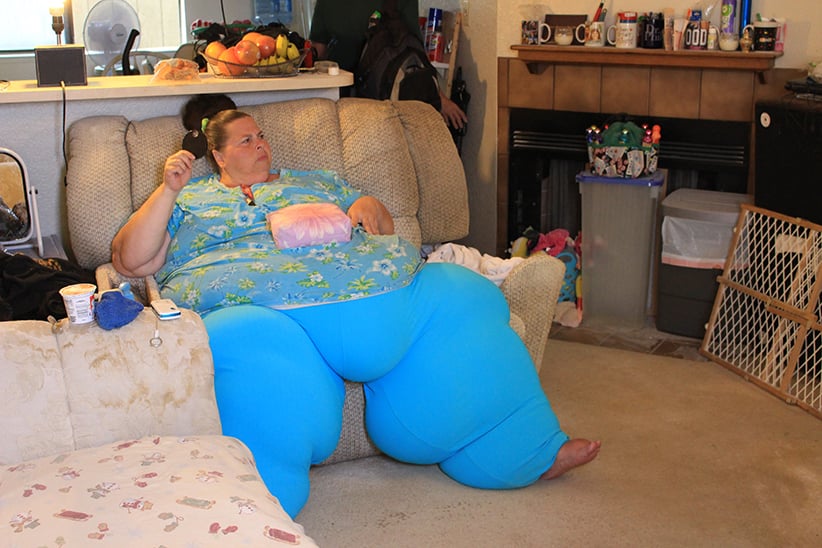 Last month, TLC, the American cable network responsible for reality TV shows such as Here Comes Honey Boo Boo, My 600-lb. Life and 19 Kids and Counting, aired a new hour-long reality special called My Husband’s Not Gay, about a group of married Mormon men who are very gay indeed. The show’s stars, four Utah husbands who claim to love their heterosexual wives deeply, are openly and exclusively attracted to other men. They are also heavily steeped in the ideology of “ex-gay” conversion therapy, a contradiction they reconcile by treating their homosexuality—which they’ve labeled “SSA,” or “same sex attraction”—as an affliction rather than an identity. (On the show, we see the men frequently checking out other guys in the presence of their wives, who are under the impression that gayness is a bad habit like any other, easy enough to kick with a little willpower and familial support).

Needless to say, My Husband’s Not Gay has provoked a backlash from GLAAD (the Gay and Lesbian Alliance Against Defamation) and other activist groups that argue it perpetuates the myth that a person can change his or her sexual orientation through continued restraint. If TLC is going to portray the lives of men with connections to “ex-gay” ministries, says Carlos Maza, LGBT program director for the watchdog group Media Matters for America, the network should counter that portrayal with “a mountain of empirical evidence about how this kind of therapy can be really harmful.”

Yet despite hundreds of thousands of online petition signatures demanding TLC remove the show from the air, it’s hard to imagine how My Husband’s Not Gay is harmful to many people other than its own deluded subjects. The show is, like almost everything on TLC, vapid and sensational. But it also works as a surprisingly effective warning about the miseries that befall those who aren’t true to themselves. After all, despite their constant proclamations that they are indeed very happy, none of the men on the show, or their wives, appear to be anything other than profoundly unfulfilled and confused. There is a palpable pain in the characters’ eyes—most likely the result of (by their own admission) years of awkward, passionless sex.

In fact, there’s a kind of anthropological value in watching My Husband’s Not Gay, argues Think Progress writer Zack Ford: it offers a rare glimpse into the lives of people trying to negotiate gender roles and romance in ultimately impossible relationships. “The spotlight of reality television can be very bright,” writes Ford, “and in this particular case, the farce arguably outshines any of the harmful surface-level messages.” In other words, five minutes with TLC’s ex-gays in their own habitat, unguarded, is proof enough that there are no “ex-gays” in this world: only struggling human beings lying to themselves and to their partners. Which could mean that TLC has, with this show, unwittingly fulfilled its oldest mandate: to educate the public.

Education may not be the first thing (or even the last) that comes to mind when one thinks of TLC—The Learning Channel—but the network we associate with the wildly exploitative (Toddlers in Tiaras) and the wildly unobservant (I Didn’t Know I was Pregnant) was, in its early days, more likely to increase a viewer’s IQ than to deplete it. Originally titled the Appalachian Community Service Network, TLC was established in 1972 by the United States Department of Health, Education, and Welfare, and—believe it or not—NASA. Its mandate was strictly educational: it had a roster of cerebral science, wildlife, and medical shows. Even when the network was privatized in 1980 (at which point it became known as The Learning Channel), this convention didn’t change.

In fact, one of the network’s highest-rated programs was Captain’s Log with Captain Mark Gray, a show about boating safety, which ran from 1987 to 1990. Its premise was the antithesis of modern TLC: Mark Gray, a preternaturally polite sea captain, interviewed other boating enthusiasts about conducting oneself safely on the water. Now in his mid-sixties, Gray says he filmed Captain’s Log while living on his personal boat in Ventura, Calif. He remembers the TLC of the ’80s as having “a small-town feel to it. Everything we did was educational,” he says.

Once one of the network’s most familiar faces, Gray doesn’t watch TLC today (nor does his 10-year-old, who is strictly forbidden from doing so). “It used to be The Learning Channel,” he says. “Now they might as well call it the National Enquirer channel. It’s heartbreaking.” 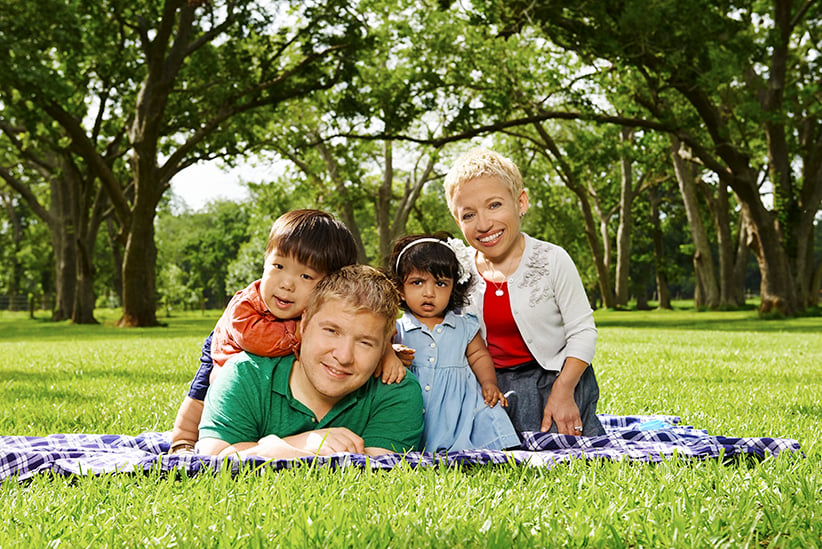 That transformation can be tracked to the early 1990s, when the Discovery Channel, long seen as a rival, purchased TLC and changed its modus operandi. Slowly but surely, TLC’s roster of TV shows shifted to attract a wider viewership. Shows about home décor, real estate and fashion started to outnumber the drier educational content of Gray’s day—until the 2000s, when human-interest programming like A Baby Story and Jon and Kate Plus 8 began to dominate.

Finally, in 2014, TLC rebranded, changing its official slogan to “Everybody needs a little TLC.” The new slogan, general manager Nancy Daniels said in a press statement last year, gives viewers “a chance to satisfy their fascination with the unknown and understand the larger world around them.” (No one from TLC nor Discovery Channel agreed to be interviewed for this story).

Instead of in-depth explorations of science and nature, in other words, TLC now gives you in-depth explorations of human beings. Once a dull, fact-laden network, it has morphed into a modern freak show: an enormously lucrative one with ratings high enough to turn everyday eccentrics into international superstars. Emma Ashton, author of the popular Australian reality TV blog Reality Ravings, is a fan. “When I’m feeling voyeuristic I want to see someone whose family and cultural life [is] totally different from my own,” she says. “Shows like the Duggars [19 Kids and Counting], Breaking Amish, and Sister Wives are like modern-day soap operas.”

TLC’s new mandate, zeroing in on people who are either cursed with unfortunate circumstances or make terrible life choices, has led to some unique and disturbing dilemmas for the network. Last year, news broke alleging that Mama June, the mother of TLC’s most popular beauty pageant contestant, Alana “Honey Boo Boo” Thompson, had begun dating her ex-boyfriend—a man who served 10 years in prison for molesting one of her daughters. TLC cancelled Here Comes Honey Boo Boo when the allegations surfaced (although it should be noted that the show was also suffering in the ratings at the time).

By the same token, says Carlos Maza, 19 Kids and Counting—one of the network’s most successful shows, about the Duggars, a hyper-religious Christian family—isn’t harmless fun either. TLC “has contributed to the mainstreaming of this family that ascribes to a very fringe ideology, and thanks largely in part to their reality TV fame, they have become a conservative political powerhouse,” he says. 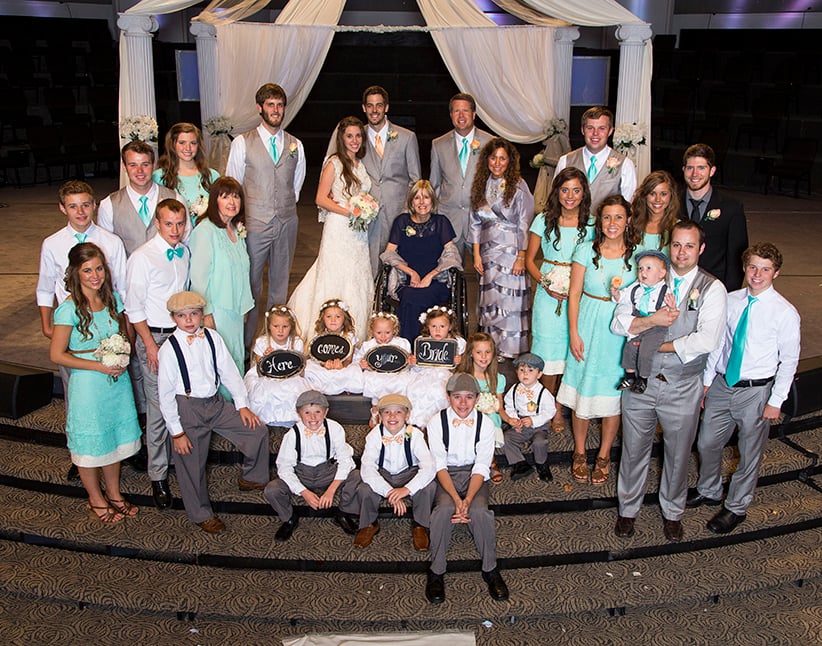 Maza is referring specifically to the Duggar matriarch, Michelle, who draws lineups at Conservative Political Action Conference events and last summer fought the passage of an Arkansas bill that would prohibit discrimination by landlords and businesses on grounds of sexual orientation and gender identity. She even recorded her own robocall, urging residents to vote against the bill because it would allow “males with predator convictions” to impersonate women and enter women’s bathrooms. After the bill passed, she lobbied for months to have it repealed, raising thousands of dollars and collecting hundreds of thousands of petition signatures. In December, it was. She’s not the only Duggar into politics: many of the kids are active in anti-abortion campaigns, and the whole family wore anti-abortion T-shirts in one episode (though TLC blurred out the slogan).

TLC is emerging as an influential political force, whether it wants to or not. But it is also quite possibly the most diverse network on TV today. Camille Paglia, the dissident literary critic, told Maclean’s last year she listens to American sports radio because “it is the only place in the [media] world where you can hear working-class voices.” In the same vein, TLC may be one of the only places on mainstream TV one can hear working-class voices, religious voices, and rural voices. “[Watching] Sister Wives made me more open-minded about the Mormon way of life,” says Emma Ashton.

As long as the ratings come in, it will surely continue to be. Discovery, the parent company largely responsible for TLC’s outlandish evolution, has made plans recently to clean up its own act. Criticized for producing “docufiction” about mermaids and imaginary “monster sharks,” Discovery last month announced plans to shift its tone next year. CEO Rich Ross said the type of sensational pseudo-science the channel has developed a reputation for has “run its course.” Discovery plans to pursue more traditional, fact-based programming next year. TLC’s penchant for the unusual, meanwhile, looks like it is here to stay. The nerdy, respectable parent whose trashy daughter is tarted up to attract maximum attention—it could be the plot of a highly addictive TLC show.