What we can expect from Trevor Noah

Adrian Lee saw The Daily Show's new host do stand-up in February, and it highlighted why he's ideal for the high-profile gig 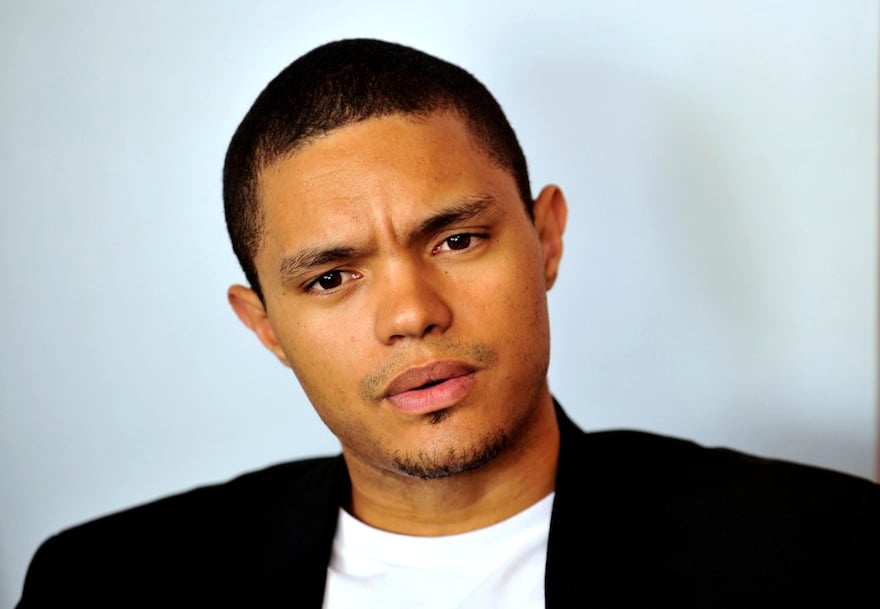 Trevor Noah, a 31-year-old comedian from South Africa who has contributed to The Daily Show a handful of times during the past year, will become Jon Stewart’s replacement as host, Comedy Central announced on March 30 (Bongiwe Mchunu-The Star/AP)

Entering the Comedy Cellar, that venerable stand-up institution in the heart of New York City, is an experience that’s incongruous to the laughs they promise. There’s a heavy-set bouncer outside, telling you to turn your phone off or risk being ejected from the premises; the pace is brisk, as you’re whisked in and crammed into a handful of rickety tables, eyes squinting to see the barely candle-lit menu so you can order the two beverages you’re required to buy.

But those dark, stressful environs made for a perfect contrasting backdrop to see Trevor Noah, tabbed on Monday as the replacement for Jon Stewart to host the megapopular The Daily Show, as the rising star that he was. I saw him in February for a night of stand-up at the 7:30 p.m. show—a lower-profile time slot, to be sure, but I chose it because it promised comedians whose names I recognized: Judah Friedlander, the trucker-hat-wearing weirdo from 30 Rock, and Colin Jost, who, as the co-anchor of Saturday Night Live‘s Weekend Update, has a job that has lifted many to A-list celebrity.

Their sets were funny enough—Jost proved to be a bit of a tryhard, while Friedlander stalked the stage and leaned somewhat lazily and cruelly on audience participation—but it was a tall, young South African who stole the show. His voice steeped in South African twang, Noah was a refreshing palate-cleanser from the comedians’ dark self-demeaning, with his deeply earnest, uncynical observations. Though it was freezing outside, he was chipper and ebullient, wide-eyed and earnest about a country he was still pretty new to, but not without interrogating its core concepts. (One standout joke from the night was a riff on the ridiculousness of calling a men’s tank top a “wife-beater” and his love of Americans’ persistence in the face of logic; another was on the cheer “woo” and how that meaningless sound is uniquely American.) He was self-effacing while being charming, wide-eyed and excited about stuff that was otherwise part of the fabric of North American society, whose jokes poked fun but in a warm, generous way. He calls, for instance, The Biggest Loser a “fantastic show” without an ounce of irony, because “they try to help fat people lose weight through torture, basically, both emotional and physical”—a joke that works because you trust, very quickly, that he’s fundamentally a nice guy.

That wide-eyed positivity will serve him well in The Daily Show’s host chair. Positivity, after all, is having a moment of its own; look no further than the success of cheery, warm shows such as Bob’s Burgers as a response to a more cynical brand of humour that has invaded comedy. But between that sunny personality and the fact that Noah has only appeared as a correspondent a handful of times makes him a tabula rasa for North American audiences—and that’s what makes him a perfect fit.

A blank slate as a host is just the thing that makes sense for The Daily Show, specifically. Even before Monday’s announcement, watchers knew this was going to be a different kind of Daily Show after Stewart, and not just because so many of its mainstays have departed: Husband-wife correspondent duo Jason Jones and Samantha Bee are off to create their own show at TBS, following John Oliver and Larry Wilmore out the door, while Aasif Mandvi and Al Madrigal appear to be devoting as much time to their own shows (The Brink and About a Boy) as The Daily Show. It’s also because the show itself has evolved in tone in the hands of each of its show’s host, from Stewart’s wry, arch takes on politics to original host Craig Kilborn’s mean-spirited looks at more general news.

And then there’s the fact that Noah’s a South African in a decidedly white man’s industry. Indeed, the fact that the stars on the Comedy Cellar stage that February night in New York were Noah and an Asian comedian named Sheng Wang is hardly surprising. It reflects the long-awaited tectonic shift in our popular culture, where diverse voices don’t just matter, they bring success (see the strong ratings of Fresh Off the Boat, black-ish and Jane the Virgin)—even if TV executives still see it as a fad that will pass. In that way, the selection of Noah for this important chair is part of that narrative, although diverse voices have tended to have short leashes in this particular format: George Lopez’s Lopez Tonight on TBS lasted two seasons, pushed out by the arrival of Conan O’Brien; the revival of Arsenio Hall’s show lasted just one.

But the fact that he’s a high-profile hire on a show that’s been meaningfully reinvented with every new host means that Noah’s going to have a lot of room to become the host he wants to be. And if anything, his cheery jokes about wife-beaters show he’s going to be a world-beater.