Can anything fix broadcast's decline? 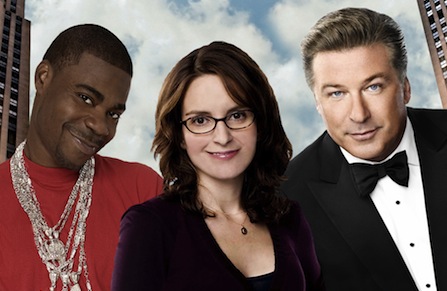 Tim Goodman of the Hollywood Reporter has been offering suggestions to the broadcast networks of what they can do to stave off their impending doom. First he suggested that NBC turn itself into a cable network, simply accepting the fact that low ratings are the new normal and operating the way a cable network does. Then he argued that the network model needs a Steve Jobs type of visionary to change it from the ground up. Now he’s suggesting that networks should pledge, in advance, that they will let certain shows they believe in run for a full season, so that we can get into these shows without fear that they’ll disappear too early.

Now, I’m all for giving advice to the broadcast networks – I do it myself, constantly and smugly – but I don’t think these ideas would probably work. When it comes to adopting the cable model, what basic cable networks have going for them above all is not their willingness to take risks, nor their ability to greenlight personal shows, nor even their greater freedom on language (broadcast networks pretty much pulled even with cable long ago when it comes to bloodshed). Their biggest advantages are, one, they have a revenue stream based on people who buy their service as part of a package, whether they want to watch the channel or not; and two, they don’t have to program a full week of original material to make money. The biggest adjustment cable people make when they move to broadcast, and the thing that trips them up the most, is that they have to put on so much original programming. Some of it is good, some of it is terrible, some of it is in-between, but it all has to go on the air.

You can then say that maybe the broadcast networks have too much material and they need to cut it down: fewer episodes per season, less product. But then you run up against the problem that on free TV, networks can’t make enough profit on reruns – and that cable networks are dependent on repeats of broadcast-network products to bring in a lot of their revenue. (Which means that if the broadcast model finally collapses, it might take the teetering cable model down with it in a big domino effect.) If broadcast networks cut everything from 22 episodes to 13 the way many people have suggested, and the way they sometimes talk about doing, that might bring them closer to the cable model, but it might not. It might actually mean that they’d just have to do more new shows to fill the slots, which means even more bad shows: the more original product you have, the more failures you have to live with.

I agree with Goodman that what distinguishes the successful cable shows from broadcast shows is that, good and bad, those cable shows are unique. But it may also be related, again, to the fact that cable doesn’t have to do as many shows at once, and can put its big promotional efforts into one show at a time. Things get lost on broadcast – including unique concepts that make broadcast executives feel like they’re doing something cable-worthy – because they’re all thrown in the mix at the same time; they have to be, because broadcast still depends on having as much new material as it can find for the majority of the year.

So the big difference between NBC and its very successful corporate cousin USA is not that USA’s programming is so much better – it’s fun, and some of it is good, but some of NBC’s programming is good too. And it’s not that USA’s shows are so unique; they’re famous for being a bit similar to other stuff we’ve seen, and very similiar to one another. The differences are that USA doesn’t need as much material as NBC does, and can promote fewer shows at a time, and can make a lot of its money off cable subscribers and NCIS reruns. The day an over-the-air network figures out how to do that – and it might happen – is the day it becomes viable to program like a cable network. I don’t see that it’s a question of finding the best programs and counting on them to turn things around, or the network’s well-deserved faith in 30 Rock would have paid off long ago.

Same thing with pledging not to cancel a show: I have trouble seeing the business advantage of this, especially since the people who were thus freed up to watch the show might be outweighed by the people who just waited until the season was over. But I also wonder if that many people really are scared away from shows by the uncertainty of how long they will last. For one thing, shows can have all the security in the world and sometimes people just won’t watch; HBO almost always gives a show two seasons, many plugged-in viewers know that, but very few of them watched Enlightened anyway despite its quality.

But also, I just doubt many viewers choose what to watch based on how long it will last or whether it will get to complete the story. That’s the definition of an engaged viewer, and no show can get by on engaged viewers alone, not even a cable series. For the non-engaged viewer, entertainment is disposable. You watch, you enjoy, and when it’s not there any more, you move on to something else. The Occam’s Razor explanation for why a show loses millions of viewers from its first episodes is that a lot of people either didn’t like what they saw, or found something else they liked better – the people who don’t watch for fear of losing it too soon are the people who are passionately engaged in a TV series, and that’s probably a minority.

The thing I see in those articles, and it’s a common thing, is the assumption that what we want to see on TV is also good for business. I think many of us are prone to that. Lord knows I have my ideas about what I would like to see on broadcast television – which can basically be boiled down to the old idea of “mass with class,” or a show that works for the casual and engaged viewer alike – and I am personally inclined to believe that doing more of that would help the broadcast networks. But would it really? There are equally good reasons why “mass with class” is a leftover from the era of the captive three-channel audience, where even flops were guaranteed a large audience, and TV viewers who craved intelligent programming would usually have no choice except to check out the one smart show available in a particular time period. So I try to remind myself, even if I often fail, that what I want and what networks need are two different things that may occasionally intersect.

That doesn’t mean we can’t all make suggestions from the outside. I mean, if the insiders knew everything about what was good for their business, they wouldn’t go around expecting shows like Animal Practice to be hits; if I knew that show wouldn’t be a hit, and you knew it, then we know something the insiders didn’t. We shouldn’t throw up our hands and assume that these executives must be making the best of a bad situation. But I do think that while we’re making suggestions, we also need to remember that networks don’t become successful by putting their best foot forward and doing the best work they can; if that were so, AMC would have broken ratings records with Mad Men, not The Walking Dead, and you wouldn’t see some mildly amusing reality shows and The Bible becoming TV sensations. It may be artistically preferable to have 13 episode seasons, but the jury is still out on whether it really works for a broadcast network (I’ve long had a theory that networks would be better off expanding back to 39 episodes than going down to 13, but that’s just a theory). Broadcast networks’ problem at the moment is the problem that many advertising-based businesses are facing today, only more so, because the commercials are the whole reason the model exists. If they figure out a way to increase their profits from advertising, they’ll have fixed their model, but a lot of good that’ll do us if all the shows are no better than many of the biggest cable hits.

So it’s fun to suggest ways the networks can fix themselves and right the ship and all those other metaphors; I’ll keep doing it, and I hope Goodman keeps doing it. I just think we should remember that what matters to us is that we keep getting as much good stuff as we can. I would not like to see the broadcast networks collapse because there are certain types of things they can still do that cable either can’t or won’t. For instance, do you think I would spend so much time urging NBC and Fox to get back in the multi-camera sitcom game if FX or HBO or Showtime were in that business? Theoretically any network could bring back the great traditional sitcom, but it seems unlikely to happen on cable. If it did, it wouldn’t matter so much that broadcast isn’t doing it. The same applies to anti-hero serialized drama: broadcast is always trying to get into that business, but they really don’t need to – cable has it covered. When broadcast networks do them, they’re just being copycats instead of trying to give us what cable cannot.

So there are reasons to hope that broadcast gives us great shows that only broadcast can do at the moment. But that’s separate from thinking that it would fix broadcast’s decline. It might be that there’s nothing that can reverse it, that it will go the way of over-the-air radio sitcoms and dramas in the U.S. But we can still enjoy what we see while it goes down, and root for it to be better.