Keeping it real: the latest on reality television 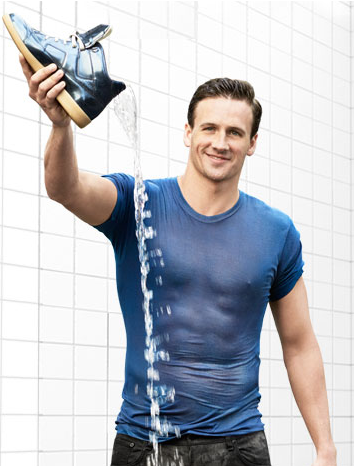 “Turn it up,” “Go big or go home” and “Jeah” — a loose translation of “hell yeah” — are some of his favourites. But for all the talk, there was surprisingly little action in E!’s series premiere of What Would Ryan Lochte Do?

First, we’re taken inside the Olympian’s closet, where he shows off the Lochte shoes — a pair of hideous neon green and yellow sneakers that he “designed from the top to the very sole, to the very top, to the bottom … laces.” Quotes like that are all too common for Ryan; he confuses himself, blanks out, and is generally unable to string together a sentence that’s not one of his catchphrases.

Within five minutes, the producers get to the point of the show — seeing Ryan without a shirt on. First we get a glimpse of him training at the pool and later he strips during a game of flag football with his friends, whom he refers to as the “Lochterage.” Ironic for a guy who later, in a camera interview, asks, “What is a douchebag? I really don’t know what it means.” He’s not being rhetorical — he actually wants a dictionary definition, though he need not look farther than his T-shirt, which reads: “#Lochtenation.”

We meet Ryan’s younger brother and roommate, Devon, who categorizes their relationship as “love-hate, but mostly hate” because Ryan tends to dominate. Here’s a tip, Devon: Sitting on your brother’s back while he does push-ups is not the way to assert yourself.

The Lochterage makes its way back to Ryan’s place for post-game boozing. Ryan meets a hot ballet dancer, but dismisses her when he deems her pirouette to be sub-standard. Then it’s time to “turn it up” as the crew takes over a nightclub in Gainesville, Florida, where Ryan gets behind the bar and starts pouring everyone — you guessed it — the Lochte Long Island iced tea. I’m starting to wonder if his penchant for naming everything after himself has more to do with a limited vocabulary than narcissism.

At this point, Ryan discusses his love life or lack thereof and how he’s searching for the one. He finds Megan, a blonde with a “great upper body” at the bar and asks her out to dinner, slurring his words all the while. She agrees.

The next morning, Ryan puts in a grueling workout, and we get to oogle his washboard abs for another few minutes, thinking about how much better he’d do with the ladies if he literally never spoke.

On bowling night, we meet the rest of the family. There’s older sister Kristin, who I cautiously sense is the brains of the bunch, and is apparently hyper-critical of anyone Ryan dates; middle sister Megan, “the self-described quirky oddball;”and mom Ike, who hilariously told media that her son often engages in one-night stands.

Ryan talks about how much his family means to him and tears up recalling his first Olympic victory. It’s a genuine moment and I have to say Ryan is kind of endearing. He’s sweet and seems like he means well, he’s just not all that bright.

The sisters give Ryan dating advice, with Megan reassuring him that “there’s some girl out there that’s going to love you for all your idiosyncrasies.” Hmm, I’m not sure being an idiot is an idiosyncrasy.

One of Ryan’s flames, Jaimee, seems to have everyone’s approval but she lives in London and he’s not up for long distance.

Then it’s time to take Megan out for sushi, at the same place that Ryan later admits to taking all of his dates.

For a second it seems like they might be a decent match. Megan doesn’t really have a clue about sushi, and when she asks what wontons are, Ryan replies, “some kind of crispy flakes.”

The conversation is so dull I found myself wondering if they’d find a way to have Ryan take his shirt at the table. Thankfully, Megan is moving to Los Angeles so it’s unlikely we’ll be seeing much more of her.

The show closes out with family movie night, where Ryan fittingly considers playing Dumb and Dumber before admitting that What Women Want is one of his favourite films.

“If I could read women’s minds, I’d be the king of the world,” he declares.

Kristin says he could start off by not taking all of his dates to the same restaurant.

“Are you some kind of idiot or something?” she demands. I’d say so.

Next week Ryan hopes to impress at a Muscular Dystrophy event in Washington, D.C. It’s bound to be one big ol’ facepalm, but maybe more entertaining than this snooze of a premiere.