Why the Bachelorette should walk away with nothing

The latest Bachelorette controversy reminds us reality TV is all about false choices. In the finale, will the refreshingly honest Kaitlyn make a real one? 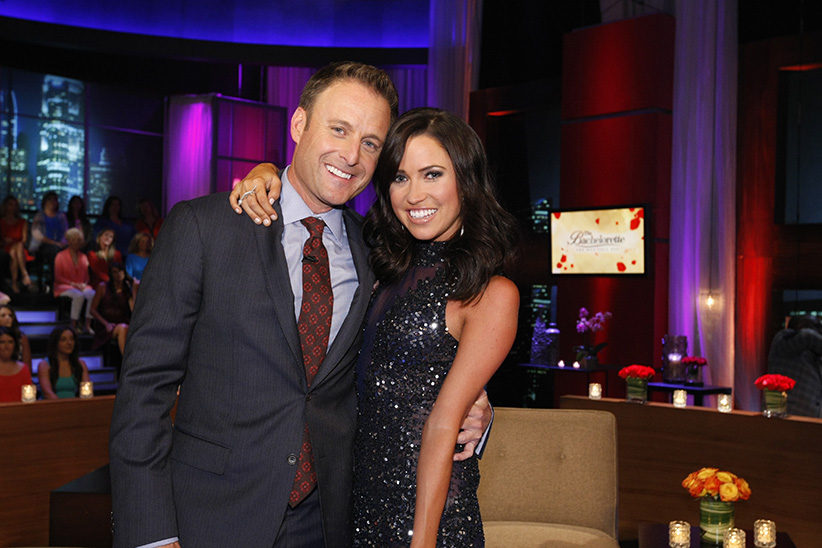 It’s been a while since anyone did it, but it might be time again for the Bachelorette to invoke the nuclear option, walking away without choosing either of the two final suitors.

The latest edition of The Bachelorette has been hyped as perhaps the most controversial yet, due mostly to the online backlash directed at its central character for two decisions she made during the course of the program.

First, Kaitlyn Bristowe welcomed an extra guy into her group of suitors midway through. And not just any guy, but Nick Viall, the smooth-talking Midwesterner who reached the final two in last year’s Bachelorette, only to be rejected at the finale. He is best remembered from last year’s post-finale show, when he publicly questioned why Andi had sex with him if she had a better connection with the eventual winner, Josh. His query went over poorly.

Second, not long after he arrived on the show, Kaitlyn and Nick slept together.

Ritual lies at the heart of The Bachelor and Bachelorette franchises—as it does with a number of other successful reality TV competition programs. The thing about ritual, as Jessica Goldstein put it last year on the ThinkProgress blog, is: “We learn to expect events to unfold a certain way within a specific structure and, once that expectation is in place, it is deviation from that script, not adherence to it, that feels like a mistake.”

That final word is key.  What seems to have bothered people so much about Kaitlyn’s tryst with Nick isn’t necessarily that it happened, but instead that it happened too early. The show actually allots a specific episode for sex, when the finalists spend a night in a “fantasy suite” with the Bachelor or Bachelorette, though what goes on during that night is usually never discussed explicitly.

Nick’s perceived error last season began after he and Andi hooked up in the fantasy suite and he talked about it. Kaitlyn ratcheted up the stakes—she was seen by some to be doubling down on an infraction: not just having sex outside of the pre-ordained period, but then also discussing it openly.

Predictably, the Internet hated it. As host Chris Harrison noted during Monday’s penultimate “Men Tell All” episode, pearl-clutching, potty-mouthed social media trolls barfed out the usual vile, idiotic language in response. They slut-shamed Kaitlyn for being one-half of an intimate relationship between consenting adults, and suggested her punishment ought to be death.

To her credit, Kaitlyn hasn’t given in. She hasn’t apologized for being a human caught up in a romantic night, or for choosing to be honest about it. Just as important, she also didn’t apologize for being intimate with Nick prior to the usual fantasy suite date. (In fact, in a later interview, she speculated the fantasy suite context would have given her cover.) Instead, she said, she “felt guilty about the timing” only because was still in relationships with the other remaining guys.

That sort of nuance is difficult to achieve on the The Bachelorette: it’s not about timing, but timing. It’s likely been even more difficult for Kaitlyn to achieve it since the show’s producers, seeing good drama, promoted her intimate encounter with Nick as the season’s most important moment. It’s hard not to read Harrison’s public reading Monday night of offensive tweets viewers wrote based on what they saw—that is, a story created by The Bachelorette—as hollow righteousness. Was it not the show’s production and marketing team that framed her night with Nick as a major break with the accepted, traditional, course of events, and thus worthy of scrutiny?

At its most poignant, UnREAL shows us all its characters, cast and crew alike, working to create something none of them enjoy or particularly care for, mostly because they’ve been manipulated to do so by someone else. They are most interesting at their most pitiful. It’s at those points where, as a viewer, you wish they could all just break the cycle. Yet they can’t.

This is perhaps its best contribution to our understanding of the genre. “Reality” has always been a hazy descriptor for this kind of television, but as UnREAL makes clear, while it’s not entirely scripted or staged, what makes reality TV most unlike our reality is its ignorance of choice. In fact, it must ignore choice in order to survive. After all, how do you break a ritual? You create, and make, choices.

Next Monday’s finale of The Bachelorette is ostensibly all about choice. In all likelihood, Kaitlyn will pick either Nick, or her other option, Shawn Booth, the controlling, beefy Ryan Gosling lookalike. She’s hinted already she may not go for either man. It would make for a more fitting finale if so. As she has already, Kaitlyn can prove that, despite the strange logic of The Bachelorette and its ilk, making choices is not the same as making mistakes—and that the only real choice left in this is no choice at all.