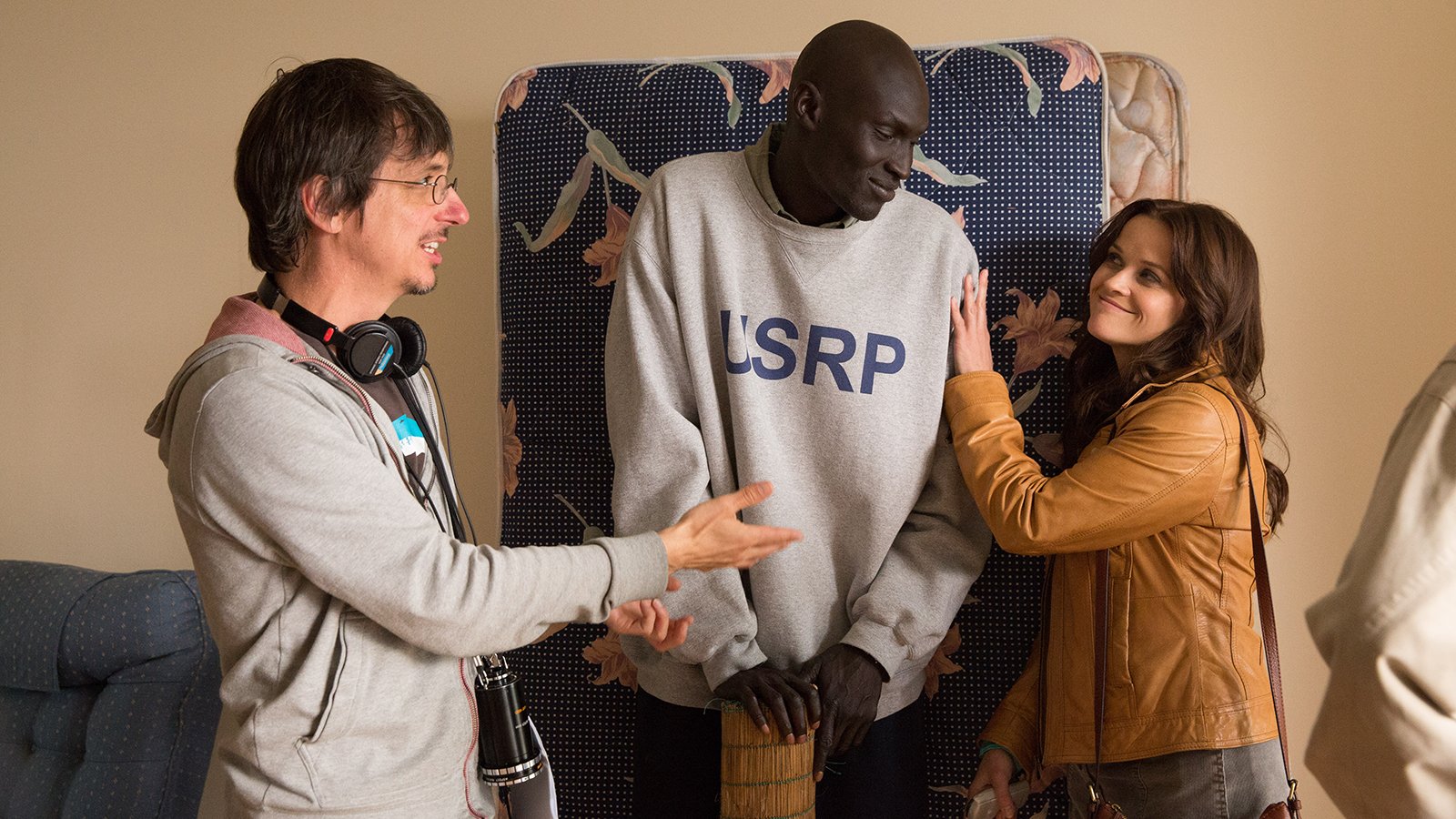 Director Philippe Falardeau on the set of The Good Lie with actors Ger Duany and Reese Witherspoon (Warner Bros.)

Quebec’s Philippe Falardeau is not used to directing movie stars. As the filmmaker behind such acclaimed dramas as Monsieur Lazhar and It’s Not Me, I Swear, Falardeau is more accustomed to delivering personal, if small, French-language films absent of any marquee-level sheen. Yet with his new film, The Good Lie, Falardeau is dipping his toes into Hollywood’s talent pool. The heartfelt drama, which premiered at the Toronto International Film Festival last month, stars Reese Witherspoon as a flustered Kansas City woman who becomes the de facto caregiver to three “lost boys”—adult refugees from Sudan’s civil war. While at TIFF to promote the film, Falardeau spoke to Maclean’s during a roundtable interview about his expanding profile, working with Witherspoon and how to survive the studio system.

Q: What’s it like to have the studio machine behind you?
A: The studio [Warner Bros.] is doing a platform release, so it’s not like it’s 3,000 screens. They want to start slowly, to see how it goes. They have a lot of ambition for the film, especially down south with what they call the faith-based audiences, which sounds kind of funny in my ears. For me, it’s a new experience. My message is that the story of the lost boys is worth sending out all over the world, and Warner Bros. can do that on a scale I couldn’t have done with my local distributor in Quebec. For that, I’m grateful.

Q: The studio is positioning the film as a big plank of its fall platform. What’s it like to transition from smaller films to something like this?
A: Once you’re on the set and shooting, it’s all just cinema. You have actors and cameras. You have to deal with young kid actors who have to go back to school and cattle who have to go back to the ranch and all these problems that you would have with any type of film. It’s true, this is not a personal film: I didn’t write the script, and every time I had an artistic idea, it had to be discussed with everyone else. That’s the biggest difference between making a film in Quebec, where I still discuss my ideas with my producers, but here I wrote something like 400 memos at 2 in the morning to producers. Although, half the time I got an answer back in the middle of the night, so they were also working around the clock.

Q: Along with , The Good Lie is one of two films from Québécois directors starring Reese Witherspoon…
A: [Laughs] I think it’s a coincidence, let’s not try to explain that.

Q: But how does it help the film, having someone like her associated with it?
A: After Reese came onboard, the film was pre-sold in 50 countries, before a single shot was made. It meant we could make the film. On set, you understand quickly why these people are stars. She illuminates the frame, and she has a charisma that cannot be taught. It’s also special for a star of her status to say yes to a character that’s a secondary character. She’s serving the story, and from the beginning she knew that, and I raise my hat to her.

Q: How important was it for you to cast actors from Sudan?
A: Authenticity was key. I knew thousands of the lost boys in the U.S. were going to watch the film. Also, Sudanese people are generally super-tall and super-black, and African-Americans just don’t look like Sudanese. It’s a question of believability. I had also been to Sudan in 1994 during the war as a documentary cameraman, and I knew there was no way we could go in another direction.

Q: Did you feel a responsibility to tell the story authentically, then?
A: I didn’t see any of the carnage while I was there, but I felt it, and I had to be evacuated twice. I remember sitting in the plane feeling very guilty, so when I read the script, I understood I had to make this film. I felt a responsibility toward these people.

Q: The film has a sense of horror without being graphic. How did you weigh what you would show and what you wouldn’t?
A: I did film a scene where a child was shot on-screen, but I edited it out. You never see a child biting a bullet; I decided not to show extreme violence. There was also a concern from the producers that we might get a restricted rating if I went ballistic. I sensed it was not a good idea to go too graphic. It’s war from the point of view of children. They don’t know who’s coming at them—they can only sense the danger.

Q: How important was it having a celebrity face on this movie to bring attention to the plight of the Sudanese?
A: Before we started working on this film, I knew there was going to be a celebrity needed, because that’s how films are financed in the United States, unless you have a $2- or $3-million film. If you’re looking at something like a $12-million budget, then it becomes imperative to have a celebrity.

Q: The trailer sells it as another Blind Side: a Southern woman helping black people.
A: I can’t comment on that. I told Warner what I had to say about that, but for them the advantages outweigh the disadvantages of that.

Q: What was the transition like from stepping away from French-language films?
A: I’m actually going back to Quebec to start my own personal film that I’ve written. Once on the set, though, it’s all the same thing, all the same problems. When I’m actually making a film and trying to find solutions, I like to watch making-of documentaries about huge films, like Gladiator. That couldn’t be more apart from what I’m doing, but you see Ridley Scott facing huge problems, and fixing them. I say I can relate to these types of problems. At the end of the day, crafting any type of film, you’re faced with problems. That’s what I like about directing, about cinema.