The last of the species 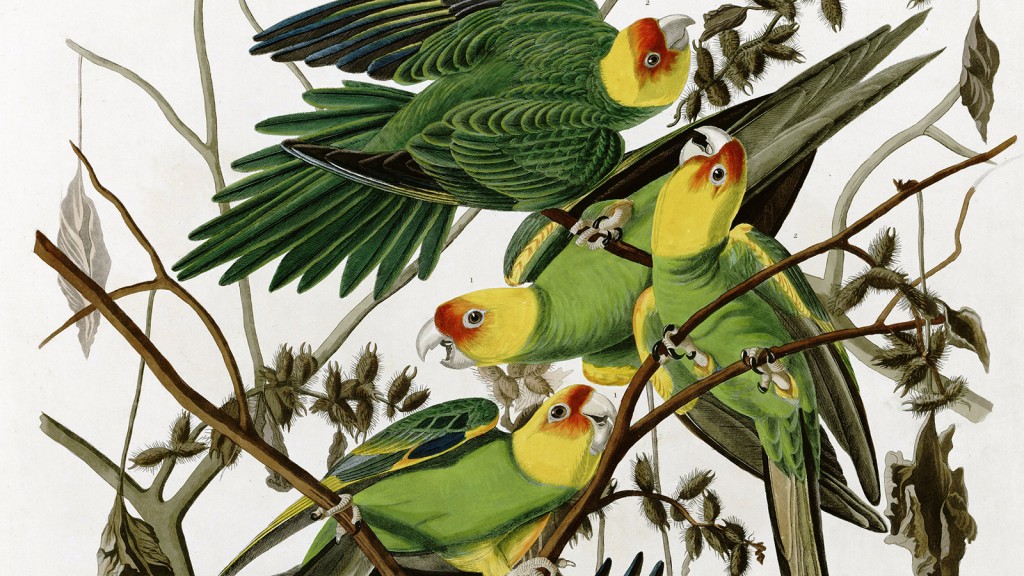 Things fall apart, the centre cannot hold. Once it seemed there were so many, and suddenly there were none. Humans and their co-conspirators—cats, dogs, rats—have been wiping out other species for thousands of years. The macro-causes are always the same, at least since Westerners began to up the pace in the 19th century: some over-hunting (passenger pigeons) and a lot of habitat destruction, of the sort that may yet doom the monarch butterfly. But at the micro-level, as Errol Fuller details in Lost Animals: Extinction and the Photographic Record, the deaths of the last individuals often smacks of contingency or even absurdity.

Consider two of the final Carolina parakeets, a bird that once numbered in the millions. Their owner painted their cage about 1900; the pair pecked at their newly shiny, lead-laced bars and promptly died. Or the fate of the last known mamo, a predominately black-plumaged Hawaiian bird whose few yellow feathers meant 80,000 birds had to die to create the magnificent feather cloak of Kamehameha the Great, king of Hawaii from 1810 to 1819. In 1892, two men working for Walter Rothschild, one of the greatest zoological collectors of all time, lugged a camera up a mountainside, set out a snare and caught the mamo. They tended it carefully—at one point photographing the bird perched on a hand—and brought it safely down the mountain to their overseer. At that point, recounts Fuller, the man who handed over the bird “went off to pee or whatever, and by the time he got back the overseer had already killed it and was starting to skin it.”

Whether extinct species perished of carelessness, malice or human hunger, our own sentimental species loves to look back at the wreckage strewn in its wake. And especially via photos. “I’ve puzzled over that for a long time,” says Fuller. “People will glance at great paintings but an old photo will stop them in their tracks. They hold it up to catch the light, they study it—we still think a photo is something real, that it proves something. The grainier the better; the worse the quality, the more genuine it seems.”

Fuller understands well the pull of the gone-and-almost-forgotten; he’s felt it his entire life. “My mom used to drop me off at the Natural History Museum while she did her Saturday shopping. It was quite all right in those days,” recalls the 65-year-old Londoner. “The staff were very kind to me.” Later, trolling the city’s many junk shops, he would pick up rare stuffed birds, shot by Victorian expats in India and Africa, “for a song, sometimes for sweeping out the shop.”

A writer and painter himself, Fuller is right about the evocative power of the photos. There are paintings reproduced in Lost Animals, aids to those who can’t make out what the camera captured, but the real stars are the photos. There is the poorly resolved 1892 image of the mamo, its own survival as miraculous as the bird’s capture; a still from 85 seconds of blurry film shot in 1956 showing the last recorded imperial woodpecker; a shot of Booming Ben, the last heath hen, in 1931; 1938 photos of Sonny Boy, a mad-eyed ivory-billed woodpecker and quite possibly the last of his kind, cavorting on the hat and jacket of ornithologist James Tanner.

Then there’s the iconic lost animal, the Australian thylacine, a predator better known as the Tasmanian tiger, the last of which perished in a Hobart zoo on Sept. 7, 1936. Its allure, Fuller notes, is obvious from the ceaseless reports of its continued wilderness existence. “It was big and carnivorous and striped like a tiger and looked just like a dog,” says Fuller, even though dogs are far more closely related to humans, their fellow placentals, than they are to the marsupial thylacines. “Naturally, they are iconic.”

There are dozens of photographs extant of what was a marquee exhibit at many zoos, and of these it is not the final shots that are the most affecting. There is a 1928 photo of a gaunt, forlorn and diseased-looking thylacine—it died a day later—that arrests Fuller’s readers like no other. No one looking at it can escape the feeling the thylacine knew what was coming, not just for itself, but for all of its kind.