The most ingenious mystery

'Murder on the Orient Express' is perfect summer TV watching 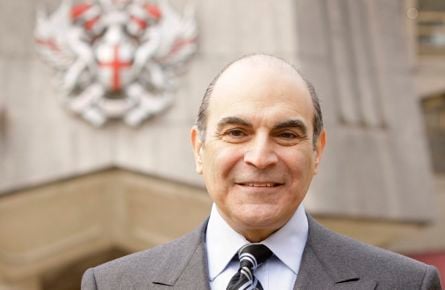 With virtually all network series in repeats, summer is a season for exploring what else is on the boob tube. Luckily, PBS has loaded its Masterpiece Mystery! series with some of the best whodunits of all time. On Sunday, July 11, the irascible Belgian detective Hercule Poirot returns for three new episodes. And the series starts with a best of the bunch: Murder on the Orient Express. When Agatha Christie first published this mystery in 1934 it was immediately hailed as a classic. The page-turner features a depressed Poirot returning from Istanbul on the luxury pan-European train when it gets stuck in a Balkan snowstorm. Then comes the discovery of a body riddled with stab wounds. Naturally only Poirot, and his “little grey cells,” can solve the most ingenious crime ever committed.

Startlingly, given this is the 10th season featuring David Suchet as Poirot, the producers have never attempted a TV adaptation of this classic before now. Fortunately they spare no expense. It is so authentic—right down to the brass watch holder affixed near each birth—that viewers who also watch the accompanying special of Suchet on today’s Orient Express will be stunned to learn that the drama wasn’t filmed on the real train. This version of the Poirot classic—which takes a few necessary liberties to update the plot for a modern audience—will keep viewers, even those who know whodunit, enthralled to the very end. Best of all, at a time when movie theatres are full of formulaic retreads, this mystery is free and well worth 90 minutes of a Sunday evening.