The only good Christmas present

An economist explains why you shouldn’t buy gifts 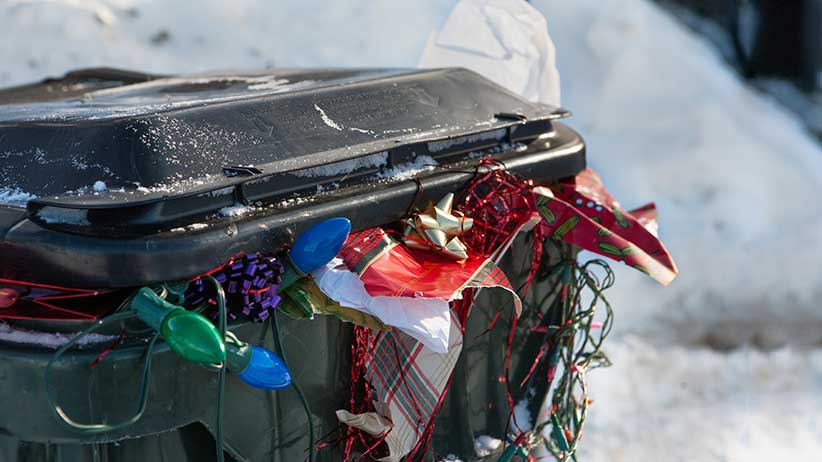 Joel Waldfogel doesn’t think we should bother buying Christmas presents. Not because the annual ritual commercializes a religious occasion or goes against the very spirit of the holidays. Rather, the economist says he’s against gift-giving because most of the time we’re just not good at it—and that results in a massive waste of money. “The problem when other folks buy stuff for us is that no matter how well-intentioned they are,” explains Waldfogel, “they buy the wrong stuff.”

The reason, according to Waldfogel’s 2009 book, Scroogenomics: Why You Shouldn’t Buy Presents for the Holidays, is because no one knows our own likes, dislikes and needs as well as we do. Givers are almost guaranteed to fail at finding that perfect present. At Christmas, this affliction is compounded by the throng of people we’re obliged to buy for—bosses, third cousins, the neighbour and the nanny, maybe her dog, too. The result is what Waldfogel calls the “red tornado,” referring to the alpha giver, Santa. “It just lifts stuff up and almost randomly drops it under our tree.” Brass golf tees? Plink. Innocuous scented candle? Plunk. Tribal walking stick? Urgh.

Waldfogel’s book isn’t just another anti-consumerist rant; it’s an economic analysis that puts hard numbers to the case against bad gifts. He suggests we’d never buy these things for ourselves because we don’t see their value. According to a concept called “consumer surplus,” notes Waldfogel, we only purchase items for ourselves that we consider to be worth more than the actual price. But givers have no way of gauging how much we would pay for a gift compared to how much they forked over for it. “So you can end up with something that you don’t value at all,” says Waldfogel, who is a business prof at the Wharton School of the University of Pennsylvania.

For more than a decade, Waldfogel has conducted surveys comparing the actual price of a gift to how much a recipient would pay for it, and how much we value gifts versus our own purchases. He’s found a stunning 18 to 20 per cent difference. In other words, no one would have guessed you paid that much for those slippers or that Skilsaw you gave them. In effect, the moment the present is opened, what’s inside loses about one-fifth of its worth. Waldfogel refers to this as the “dead-weight loss” but “it just really means a waste,” he says. In Canada, $963 million of the $5.4 billion we spend at Christmas is dead-weight loss. In the States, it’s about US$13 billion, and for all OECD countries, the loss is a huge US$25 billion.

Thing is, we’re not all equally responsible for this enormous waste. Among the worst gift-givers? Aunts and uncles, and grandparents. Waldfogel’s research has shown that their presents produced 80 and 75 cents, respectively, in recipient satisfaction per dollar spent. A European survey revealed that “in-laws were just terrible,” too, he says. That’s because of “infrequent contact and less relevant knowledge of the kinds of things the recipient would like,” says Waldfogel. Conversely, the most successful givers are the people who know us most intimately: presents from parents produce 97 cents of satisfaction per dollar spent, compared to friends (91 cents) and siblings (99 cents). Who is best? Romantic partners, who avoid waste altogether by generating $1.02 of satisfaction for every dollar doled out on a gift.

Waldfogel even discusses the time cost of finding presents. In December 2007, American women and men spent 84 minutes and 45 minutes a day shopping, respectively, compared to 55 and 38 minutes in other months. He says it’s unclear how to value this time cost: if you like the mall, then there’s none. If not, he writes, “then it is a cost and should be added to other elements of the cost of Christmas.” Waldfogel also can’t quantify the impact that recipients have on givers when they pretend to like a subpar present, but it sure doesn’t help. Being polite “helps perpetuate the wastefulness of Christmas gifts,” he writes. Waldfogel’s reaction to bad presents? “Please, you don’t have to get me anything.” Translation: no really, don’t.

By the end of his book, Waldfogel concedes that skipping presents is impossible in our society today. But he believes that there are ways to do it that “don’t destroy so much value,” he says. “If we’re going to plunder the planet in celebration of the holidays, we should at least do it efficiently.” Where etiquette allows it, give cash. That way the recipient will get the most value out of your money. Older people pull this off with young recipients, says Waldfogel. But most of us feel an “ickiness” about handouts. A good substitute is gift cards, which are among the most requested presents. But these aren’t perfect either because they’re easy to lose and users often wind up with a small balance on the card (after not quite using up all the credit) that retailers pocket. Another option: charitable donations given in the name of recipients, or charity gift cards, so they can choose a good cause. Waldfogel says most people say they’d donate if they had more money.

But what to get an economist who advocates no more presents? “The main effect of all this research over the years has been to make people reluctant to give me gifts.” Maybe that’s the best present of all.