The Oscars: Night of guilt and shame

In a year when its hypocrisy has been more evident than usual, Hollywood seemed depressed at having so little diversity to celebrate. 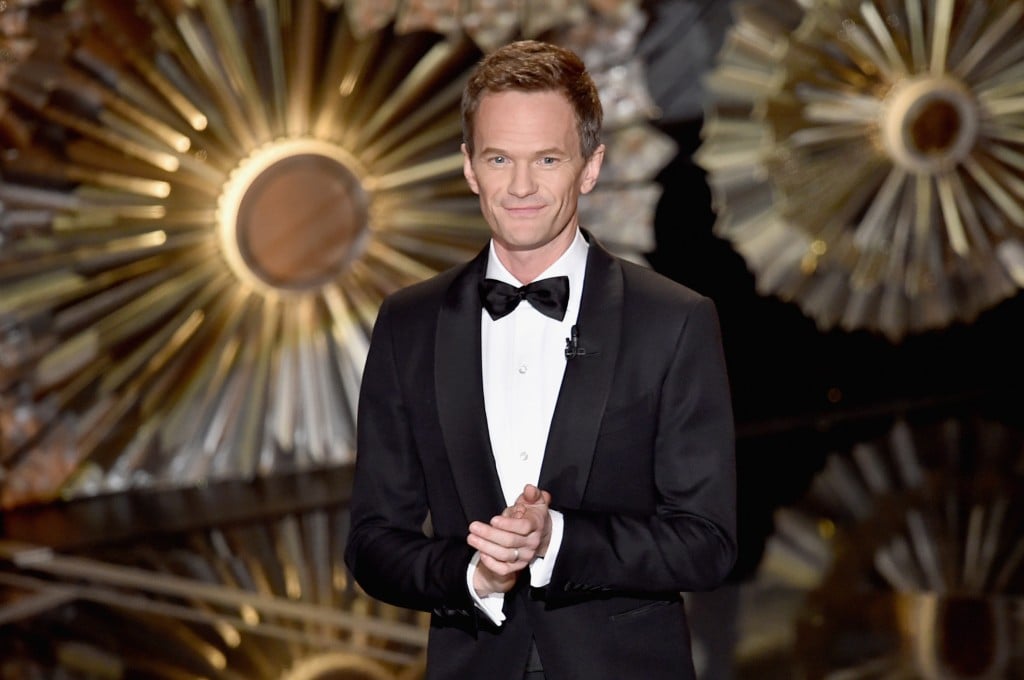 First of all, I’d like to apologize to Neil Patrick Harris. By writing about how he may become the next great variety show host, I jinxed his performance as Academy Awards host and doomed him to make one flat joke after another. Some might argue it was because he used a writing staff known more for entertaining CW dramas than comedy. But no, it was me.

Well, as you know, people like me never have anything nice to say about the Oscars. I liked the opening number — Harris gets good people to write his original songs, and they work hard tailoring their rhythms and rhymes to his skills — and especially the bit where Jack Black interrupts with a hard-driving, cynical-patter song about why movies are an industry in crisis. After that, it’s awkward jokes, misread Teleprompters, and Lego-driven musical numbers for everyone. But none of this is new, and I honestly think it’s becoming pointless to criticize an Oscar show esthetically: the real test of the show is the ratings, and that depends mostly on the world’s reaction to the choice of host and the movies nominated. In other words, Harris’s success or failure will be decided in large part by whether he got a lot of viewers, and that will be decided by factors that have nothing to do with the live performance.

In the performance itself, what you look for is the subtext or the theme, and that was announced pretty clearly in Harris’s first joke of the night, about how they’re gathered to celebrate “the best and whitest — I mean, brightest.” The theme seemed to be guilt. Guilt over Hollywood’s failure to live up to its own professed ideals, in a year when its hypocrisy has been more evident than usual.

There’s been a lot of talk lately about the issue of diversity and representation in entertainment, and you hear Hollywood executives and producers talk about it more than they used to; the network showing the Oscars, ABC, has a president who has repeatedly pointed to diverse casting as part of his conscious strategy to attract new viewers. That’s how entertainment people like to think of themselves, as leading the way and helping to make the world nicer.

But the nominations for these Oscars, and particularly the omission of Selma‘s director and star, made it clear that Hollywood isn’t in the forefront on this issue. Its taste in what movies to produce and honour is as White Guy as it’s ever been, maybe more so than it used to be. Add to that the Sony email leaks, which suggested that Hollywood studios are not the most sensitive, equal-opportunity places on earth, and this is a bad time for the movie industry’s image of itself as a thought leader. 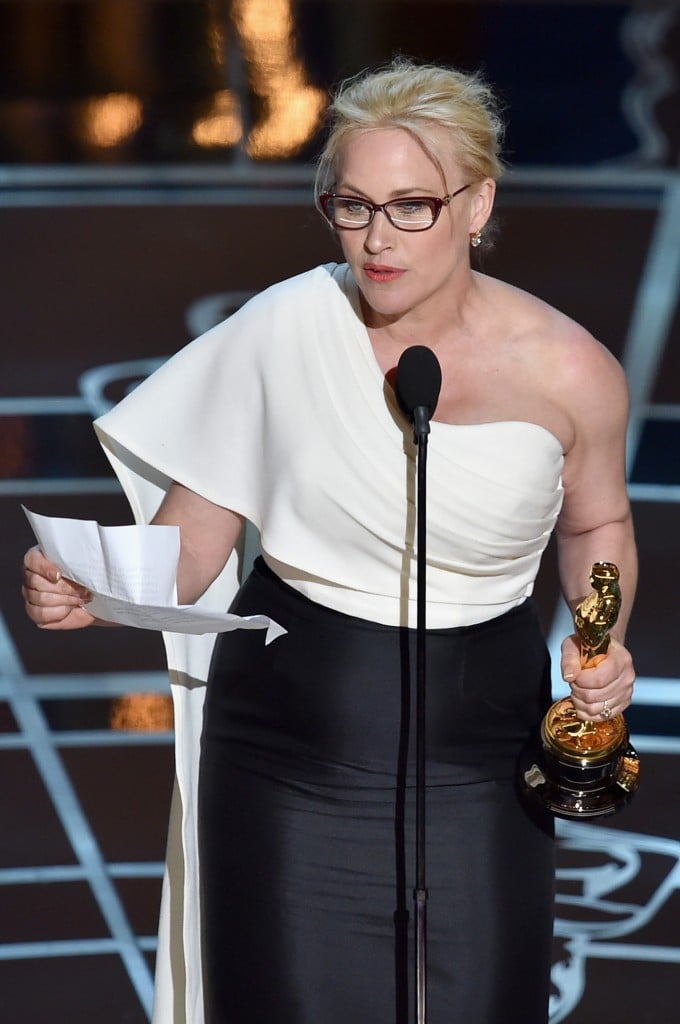 Patricia Arquette ended her speech by calling for wage equality.

Which I think helps explain the decision to start the show by basically apologizing for the slate of nominees, the subsequent joke about the failure to nominate David Oyelowo for playing Martin Luther King, and the extra-vigorous response when Patricia Arquette ended her speech by calling for wage equality. (Something that would normally be kind of a boilerplate political reference  — there’s at least one every year  — may have taken on some extra resonance because she was referring to a problem that’s been exposed within her own industry.) And I think it helps explain the generally downhearted, depressing atmosphere of the night. There have been worse times, economically and socially. But despite Common and John Legend’s stirring acceptance speeches for the song from Selma, there’s rarely been a time when Hollywood was so obviously out of step with what it wants to be.

It somehow seemed fitting that while announcing Birdman‘s victory, Sean Penn said “who gave the SOB his green card?” about director Alejandro González Iñárritu. This will lead to days of arguments over the inappropriateness of the joke, whether it’s okay because Penn and Iñárritu are friends, and so on. In the end, Penn will be just another guy who said the wrong thing at the wrong time. But he definitely stepped on what could have been a good moment for Hollywood, and there weren’t many of those. 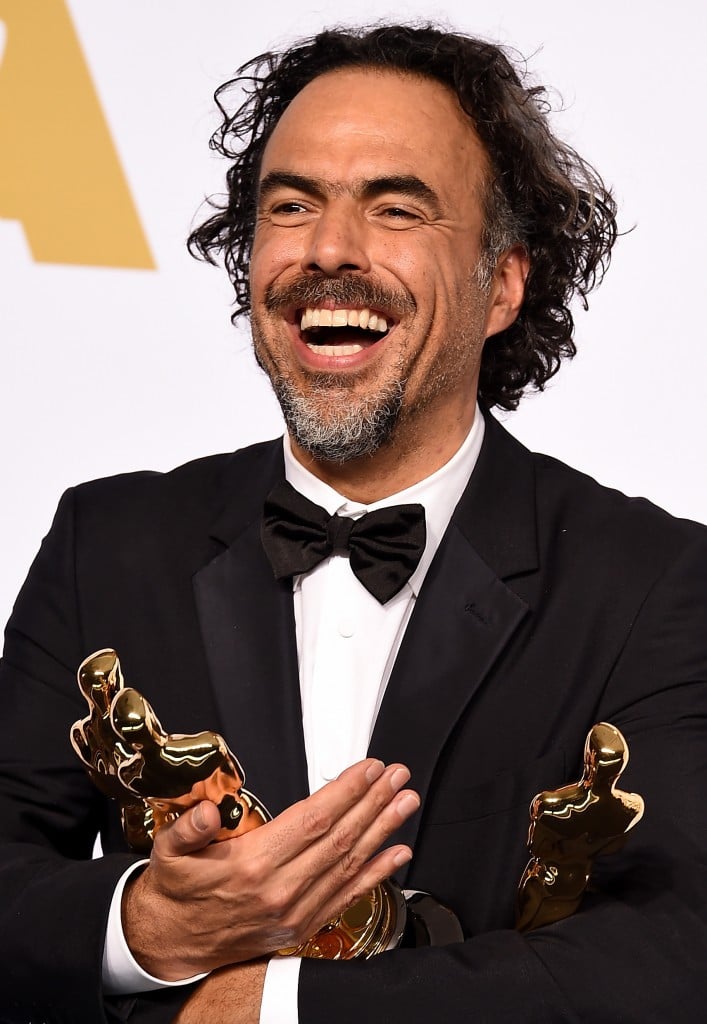 ‘Iñárritu was the big winner of the night: Best Screenplay, Best Director, Best Picture, and of course, Biggest Backlash.’

Of course, the choice of film may not be something Hollywood will be congratulating itself on anyway. It seemed at first like there might be a streak building for The Grand Budapest Hotel, but it turned out its awards were mostly for things like costume and set design and makeup — in other words, it won its awards not just because it deserved them, but because it’s a period film. The Academy still doesn’t like Wes Anderson as an actual filmmaker, so Iñárritu was the big winner of the night: Best Screenplay, Best Director, Best Picture, and of course, Biggest Backlash. The gimmicky nature of the picture, the negative portrayal of critics, and the clunkiness of some of the dialogue have all made it a perfect backlash winner, like The Artist: something that starts out as the little movie that could, and winds up being portrayed as a symbol of everything that’s wrong with the Academy’s taste by the time it wins. (I recall the backlash against Crash starting after it won, if only because its win was more of a surprise.) Where its reputation will end up, I wouldn’t begin to guess: gimmick films are hard to evaluate in the moment.

But at least Birdman has a gimmick. The Oscars just had Neil Patrick Harris’s magic box, and a vague sense of being out of step with the world. As I said, the real test will come when the ratings are in — that’s when we’ll learn if people like NPH, if they cared about this batch of movies. But for the moment, all Hollywood can really do is reassure itself that the backlash could have been worse: at least American Sniper didn’t win anything.