The real melodrama at the Bolshoi Ballet is offstage

Why one of Russia's most beloved institutions is so cutthroat

The world was shocked earlier this month when a masked assailant threw acid in the face of Sergei Filin, the artistic director of the Bolshoi Ballet in Moscow, requiring him to have operations to save his eyesight. But it was just one of many scandals at Russia’s most beloved arts institution. In the past two years, Filin has had his tires slashed by what he claimed were his artistic enemies at the company; a deputy director was forced to resign after photos of him in bed with a man were circulated online, reportedly by a rival; there were allegations of trading sex for promotions; one ballerina who sued the company told the Daily Beast, “Men with knives threatened to kill my ballet partners.” Another Bolshoi dancer fled to Canada this week after being threatened over her husband’s business.

For North Americans, the whole thing seems mystifying. Here, the world of classical ballet and dance is a low-stakes world. But Russians “take a special pride in the world of ballet and opera,” says Valery Gergiev, the celebrated conductor of the Mariinsky Theatre in St. Petersburg. “There are many national heroes and national treasures.” That’s the good side of a world where culture is taken seriously enough to have actual scandals.

When the West has noticed Russian culture in recent years, it’s often over something like the trial of Pussy Riot, the dissident punk group. But in Russia itself, classical ballet gets a lot more attention. Robert Johnson, a former director of the Centre for Russian and East European studies at the University of Toronto, recalls that when he was in Russia, dancers and musicians “were much more widely known to ordinary people than most of our ‘classical’ stars have ever been.”

Fights at the Bolshoi have always been widely covered in Russia. It was national news when the renovation of its theatre ran an alleged 16 times over budget, and when two of the company’s star dancers defected to its rival, the Mariinsky. “The ballerinas are rock stars,” says Canadian architect Jack Diamond, founder of the firm Diamond and Schmitt. “You see twentysomethings going on dates to the opera and the ballet.” Diamond saw this first-hand when he went to Russia to build a new theatre for the Mariinsky, due to open with a major gala this May. Project architect Gary McCluskie recalls that Gergiev was treated like a pop idol: “A little security detail is with him—not that it’s a crazy backstage scene, but there are always people who want to speak to him.”

What makes ordinary Russians so fascinated by the things we consider highbrow? Part of it may be, as Diamond puts it, that “Russians have a tremendous pride in their culture and their heritage.” And while the media in Western countries often ignores classical music—the New York Times recently gave a buyout to its chief classical writer—in Russia, Gergiev says, reporters “are still watchful over opera and classical music.” Russia also still has a lot of synergy between the arts and government: when Gergiev and other classical artists endorsed Vladimir Putin, it was a major story. When President Obama had his second inauguration, classical artists were almost non-existent, and the major controversy revolved around Beyoncé’s alleged lip-synching of the national anthem.

There’s a downside to the higher profile of the arts in Russia. The attack on Filin shows how dangerous it can be for classical artists to work in an atmosphere of Machiavellian plots and conspiracies—like show business, with a historically Russian twist. A dancer who was passed over for Filin’s job has been questioned in connection with the attack, and responded to the accusations by claiming he was a victim of the Stalinist “methods of 1937.”

But Johnson says it’s a mistake to say the arts have been “contaminated by being linked to a rough-and-tumble street society,” and McCluskie says one fascinating thing about Russia is that it marries “a very knowledgeable audience when it comes to ballet, music, opera and so on” with “a Wild West quality on the entrepreneurial side. They’ve got those extremes built into the culture. It’s a different mix than we are used to in North America.” Even if it can get a little dangerous sometimes. 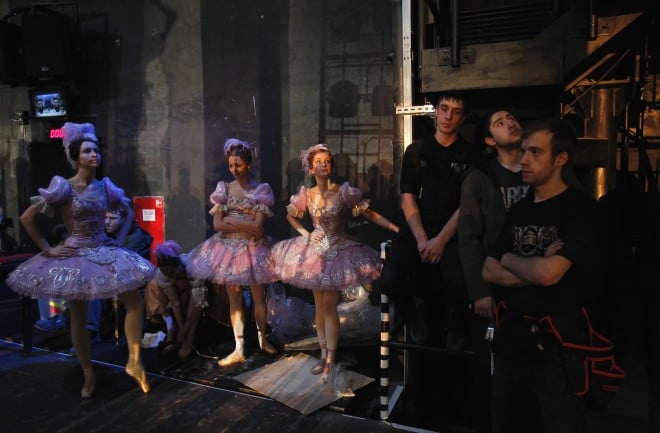 Bolshoi ballet dancers and crew are seen backstage during a rehearsal of Tchaikovsky’s ballet “The Sleeping Beauty” at the Bolshoi Theatre on Nov. 16, 2011. (Denis Sinyakov/Reuters) 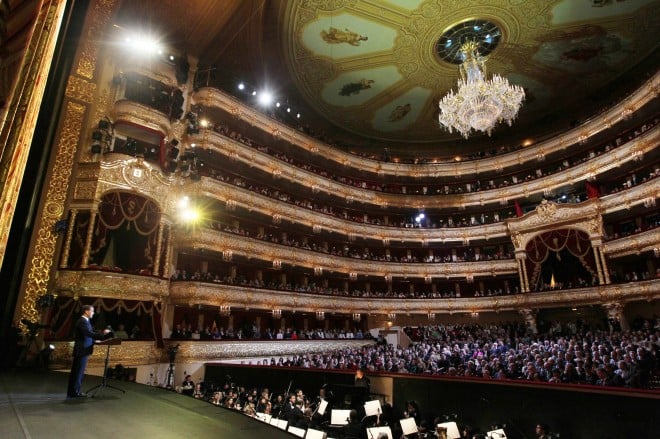 Russia’s Prime Minister Dmitry Medvedev delivers a speech during a ceremony to mark the 100th anniversary of the State Pushkin Museum of Fine Arts at the Bolshoi Theatre on May 31, 2012. (Yekaterina Shtukina/Reuters) 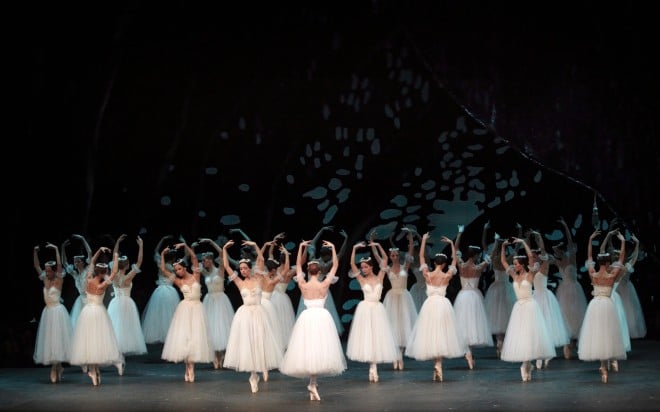 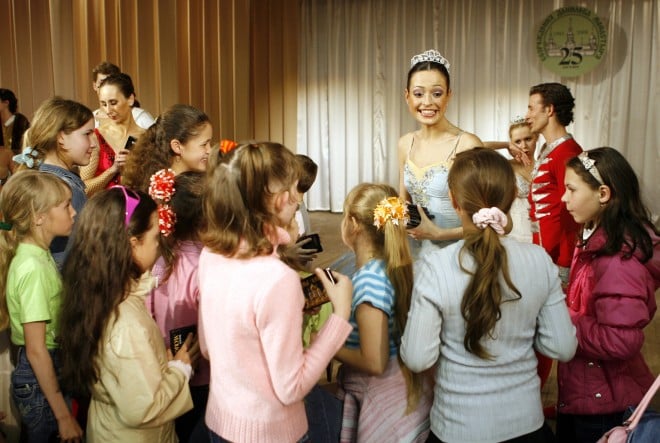 Dancers from the Bolshoi Theatre talk to children after a charity concert at an orphanage in the Russian town of Sapozhok, 300 km southeast of Moscow, on May 12, 2008. (Denis Sinyakov/Reuters) 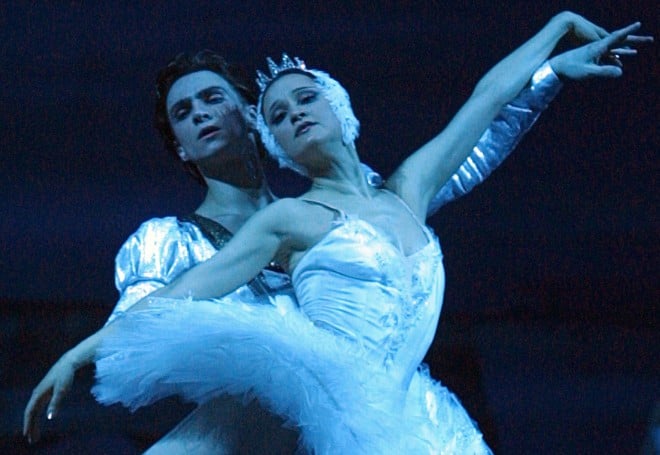 Dancers Galina Stepanenko as Odette and Sergei Filin as Siegfried, performing during the rehearsal of Pyotr Chaikovsky’s ‘Swan Lake’ in Bolshoi Theatre on Feb. 28, 2001. (Alexander Nemenov/AFP/Getty) 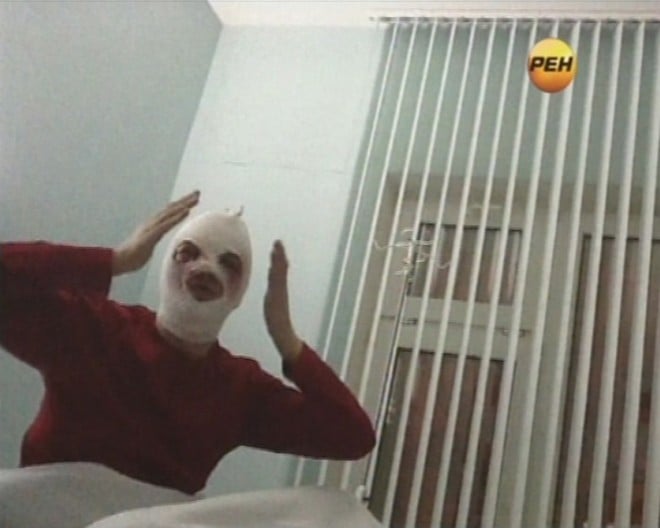 Sergei Filin, artistic director of Russia’s prestigious Bolshoi Ballet, gestures during an interview in a still image from footage shot by Ren TV in a Moscow hospital on Jan. 18, 2013, after a masked attacker threw acid in the face of the artistic director. (Reuters/Ren TV)