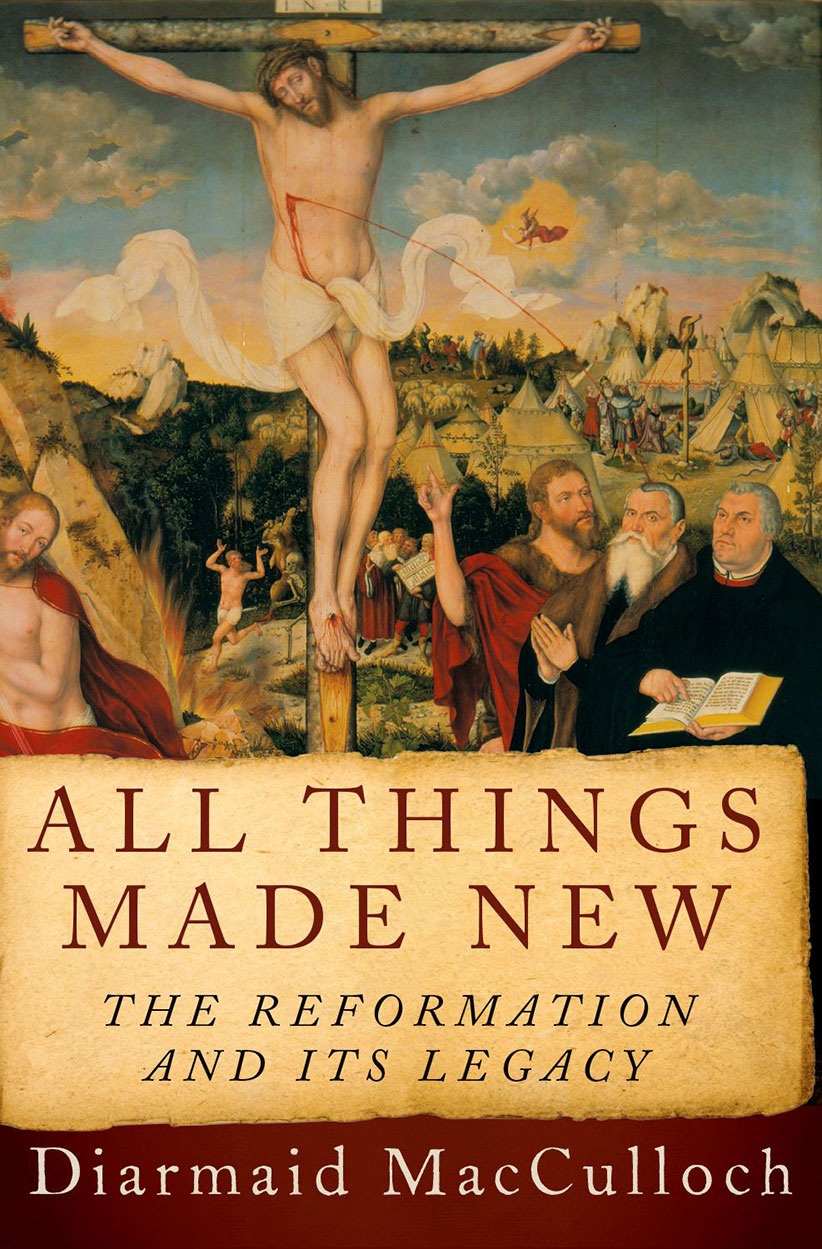 ALL THINGS MADE NEW

Martin Luther may not, in point of fact, have literally nailed 95 theses to a church door in 1517, but next year will still mark the 500th anniversary of the start of the Reformation, one of the signal events in Western history. There will be books aplenty, and publishers are already jumping the gun. All Things Made New is one of the first, and comes with serious pedigree: MacCulloch is Oxford’s professor of the history of the Church, his works (including 2003’s Reformation: Europe’s House Divided 1490–1700 and 2009’s Christianity: The First Three Thousand Years) are prize-winners and bestsellers, and he was knighted in 2012.

His latest book — a collection of essays and book reviews on bite-sized topics — is no grand narrative, and all the better for it. Like all enormous historical subjects, the Reformation is prone to myth-making among those who study it, and the only antidote is the sort of devil-in-the-details approach MacCulloch adopts.

He brings it to everything from the place of angels in early Protestant thought — which, in passing, explains why the Archangel Michael was also confusingly numbered among the saints — to a rollicking take on the chaotic Roman Catholic Council of Trent, where one bishop began yanking on another’s beard after being accused of sounding Lutheran.

Medieval Europe had a unity never seen until our own time, when it suddenly seems wobbly again. MacCulloch wants readers to grasp how wide-ranging a cataclysm the Reformation was, an especially bad train wreck that left “half-demolished structures, debris, and people figuring out how to make sense of lives suddenly transformed.” Society and its discontents exploded and reformed in endless directions—there was as much a Catholic Reformation as varieties of Protestant ones.

The destruction and the renewal arose from the only thing powerful enough to bring down a whole civilization and its structures, writes MacCulloch, “a big idea about death, salvation and the afterlife.” That won’t win him any friends among social and economic historians exploring nascent nationalism or the new Atlantic trade routes, or noting the final fault lines between Protestant and Catholic areas: the latter were within or heavily influenced by the ancient Roman Empire, the former were not. (England, in and out of Latin Christendom’s mainstream, settled on the via media of Anglicanism.)

But whether the upheaval was caused or accompanied by massive socio-economic change, the historian is convincing about the place of ideas in the Reformation, one of the foundational blocks in Western thought.