The wonder of speech, according to a top neurolinguist 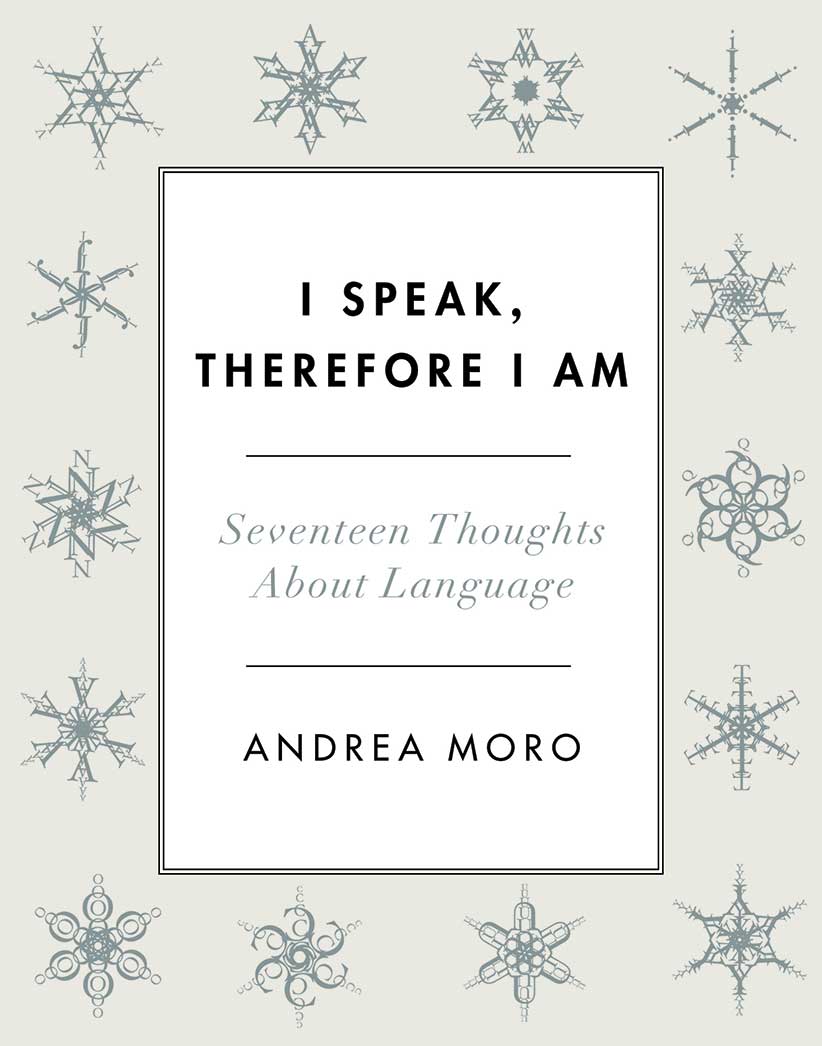 I SPEAK, THEREFORE I AM

A neuroscientist and a professor of general linguistics at the Institute for Advanced Studies in Pavia, Italy, Moro has few peers in neurolinguistics. He specializes in the relationship between the brain and syntax—the rules that govern the structure of a sentence, including word order. And, naturally, Moro can talk the talk, writing highly technical, specialist-oriented articles about the effect of negation on premotor cortex activity and the electrophysiological representation of inner speech.

But not here. There is intricate argument in I Speak, a slim volume of commentary on 17 linguistic insights from previous writers, but there’s whimsy, too, and, most appealingly, the sense of wonder at human speech that must originally have drawn Moro to his life’s work. Moro thinks language is our greatest innate power, the human equivalent of the strength, speed, claws and teeth of our evolutionary competitors—and that humans have always sensed that truth. He begins with one of the more arresting passages in the Book of Genesis: it was Adam, not God, who named the animals. In Moro’s reading, that was the ancient author’s way of showing exactly how humans were made “in the image of God.” The power to speak is the power to name is the power to create, the mortal aspect that most closely approximates what we consider divine.

With the rest of his predecessors, Moro is far more lighthearted. He mocks Bertrand Russell for fulminating about how “disgraceful” it is that the verb “to be” has so many meanings—showing, incidentally, that Bill Clinton, in his attempt to define away his affair with Monica Lewinsky, wasn’t the only man to struggle with the meaning of “is.” And Moro pokes fun at Martin Joos, a mid-20th-century linguistics heavyweight, for declaring that human grammar was capable of limitless variation, in the very year Noam Chomsky’s theory of universal grammar proved it wasn’t. Toddlers do not entirely learn language from their mothers—we are born with a linguistic template in our brains.

And that is where Moro’s meandering road was always meant to take readers: Chomsky’s insight aside, pretty much everything some of humanity’s greatest thinkers have concluded about language was wrong. Even now, linguists are at a loss to explain the arrival, in brains that are the product of millions of years of evolution, of a capacity for complicated syntax that seems to have no possible precursor. It’s conceivable, a cheerful Moro allows, that we will never come up with a theory to explain the mystery of the most human-defining quality we possess.