The author, Dan Mallory, has packed his love of classic mysteries and film noir—and his own experience of depression—into a stellar debut 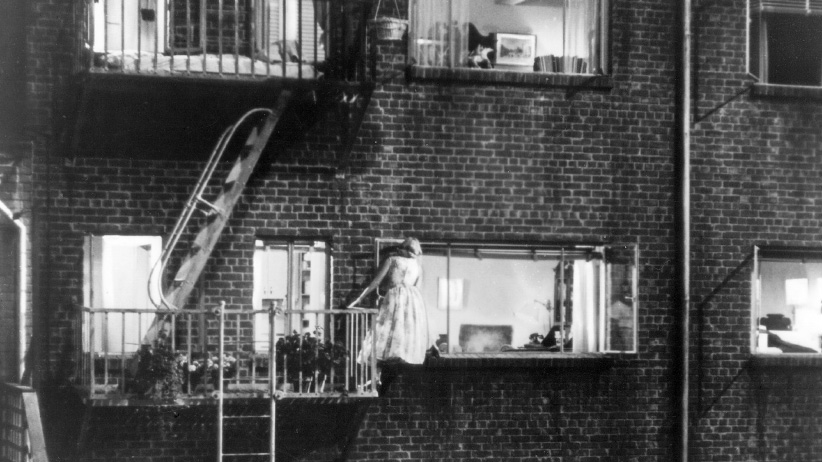 Stretching the maxim “write what you know” about as far as it can reach, Dan Mallory, 38, has instilled much of his life into his newly released debut novel, The Woman in the Window. There’s his career as a senior publisher at William Morrow and Company (a HarperCollins imprint), where he specialized in crime fiction. There’s also his lifelong fascination with classic cinema, especially film noir and Hitchcockian suspense, and his adult years bedevilled by depression. The result, published under the pseudonym A.J. Finn, is a finely written, surprise-laden thriller that has set pre-publication sales records—38 territories around the world—and features an unusual and appealing protagonist. Anna Fox, also 38, is an agoraphobic child psychologist in Manhattan. She spends much of her time drinking wine, watching old movies and keeping an eye on her neighbours, all to excess. When one night Anna sees something she shouldn’t have, her carefully constructed and fiercely defended walls start to crumble.

Q: May I congratulate you for having “Woman” in the title, rather than “Girl”?

A: Oh, I’m with you. I told my agent that I really wanted to avoid “Girl.” For one thing, it’s just bandwagoning, given all the recent titles. For another, if you are female and 18 years of age or older, you are a woman. I don’t understand why publishers continue to insist on infantilizing women, and I’m a little surprised that female readers put up with it. Not to name names, but the heroine of one very successful girl book was 34 years old.

Q: Did you have any qualms in writing about a female protagonist?

A:  I didn’t. This may sound precious, but when the Anna character strode into my brain she was female. I’ve heard authors say, “I don’t outline. I like my characters to surprise me.“ I do outline, precisely because I do not want my characters surprising me—if they are, it means my medication isn’t working. So Anna arrived fully formed as a woman, and to the extent I can analyze it, I think it’s because at the core of the story is the parent-child relationship. I don’t have kids myself, but it occurs to me that moving and powerful as the father-child bond is, that mother-child bond is uniquely special. And that’s the heart of the story.

Q: She’s intrinsically female, in the sense the lead character in the story you wrote had to be a woman. Even Anna’s salvation of herself is female.

A: You’re getting at another thing I liked about her, maybe on a subconscious level. So often in this genre the female characters are what the British call “wet”— they stake their emotional welfare on the behaviour of the guys in their lives. To me this isn’t very realistic, maybe because I have a charismatic mother and two strong-willed sisters. There are times Anna Fox annoys me, too, but I kind of enjoy her company. She’s a mess, but she’s a mess largely of her own making; she’s no damsel in distress.

Q: There’s a touch of the zeitgeist in The Woman in the Window. Like Matthew Weiner’s novel Heather, the Totality last fall, it seems to indicate high anxiety among Manhattan’s haute bourgeoisie—barricade the door and don’t let anybody in. Better yet, don’t go out.

A: I haven’t read that, but what I can say is that Amazon and other businesses have made it remarkably easy to stay indoors these days. There’s a certain appeal to Anna’s life.

Q: But mostly there’s a lot of yourself in your book. You’ve been very open about your personal story. You must have had this diagnosis of depression all your adult life.

A: I was diagnosed with depression when I was 21 and struggled with it for 15 years exactly, during which time I resorted to every treatment imaginable—medication, meditation, talk therapy—none of which provided truly lasting relief. On my 36th birthday in 2015 I saw a new psychiatrist, because for the umpteenth time I wanted to try a new medication. The psychiatrist, who is this brilliant Russian fellow, tells me he thinks I’ve been misdiagnosed with unipolar depression, when I’m actually bipolar 2—where the manic episodes are not as berserk but the depressions are deeper and longer-lasting—and puts me on a new medication. This was the summer of 2015, and in summer publishing shuts down, which was good because I know how gruelling it can be, for me at least, to go off one medication and on to another, and I was relieved to be able to do that at home away from my colleagues.

Q: So, you were as housebound as Anna. Is that when she came to mind?

A: There were already years before that when I found it difficult to leave the bedroom, let alone the house. But Anna’s story did come out of that summer. One night, four weeks into the new medication, I realize I’m starting to feel quite a bit better, so I park myself on my sofa to watch Rear Window, one of my favourite movies. At some point I notice that my neighbour, in this lovely brownstone right across the street from me in Chelsea, has switched her light on. And I’ve got a clear shot into her home because the blinds aren’t drawn, because no one in New York ever draws their blinds or closes their curtains. I’m thinking how funny this is—Jimmy Stewart is on my television spying on Raymond Burr for Alfred Hitchcock in 1954, and here I am watching my neighbour in 2015. Voyeurism dies hard, it seems; it’s perennially fascinating to us. It occurs to me then that there might be the beginning of a thriller here. I wanted to write about my experiences, but no one wants to read about depression because it’s depressing. But people do like thrillers.

Q: You certainly do. They’ve been a big part of your professional life.

A: I love them. I grew up reading Agatha Christie and the Hardy Boys. I studied Patricia Highsmith as a graduate student at Oxford, by which point I was completely in love with film noir as well. Then, as a publisher, I specialized in crime and thriller fiction so, yes, the genre was a given. My novel is a novel, not a treatise on depression, but it’s got more on its mind and in its heart than your average thriller.

Q: You often seem to equate Highsmith and Hitchcock as outlier geniuses within wider genres. Highsmith fascinates you?

A: As a teenager, I started to read her and Ruth Rendell who, like Highsmith, helped pioneer the genre we now term psychological suspense. Actually, it’s decades old—more than a century if you want to take it all the way back to The Turn of the Screw, which is ultimately a psychological thriller. Highsmith herself was very much influenced by Henry James, who’s another of my favourite authors. She patterned The Talented Mr. Ripley on James’s The Ambassadors—she took it in a very different direction, but they share DNA. I like Highsmith because I am essentially and elementally law-abiding. I am very rule-conscious. I would probably be very easy for a cult to abduct. What I love and what so many people love so much about detective fiction is that it’s morally educative. At the end of a Sherlock Holmes story, order is restored, the guilty are punished and the virtuous prosper. And that’s very gratifying for us.

Q: Particularly in a day and age when that result seems so untrue in the real world.

A: Exactly. But what Highsmith did by subverting all those norms was quite thrilling to me as a law-abiding citizen. I found myself rooting for her anti-heroes, chief among them Tom Ripley. How she managed to get her readers on the side of her depraved characters is alchemy, black magic, and I continue to find her work altogether hypnotizing. Just like Hitchcock’s films, which are distinct from classic noir.

Q: There are dozens of films, including several of Hitchcock’s, referenced one way or another.

A: Yes, and not all of them are classics, though, or even noir. I had to name-check Airplane because I love Airplane, but all told, about four dozen.

Q: Let’s talk carefully, in a spoiler-alert kind of way, about the key ones. I did not know there was a not-so-classic 1944 noir film with Edward G. Robinson and Joan Bennett called The Woman in the Window.

A: You won’t believe me, but neither did I until after we settled on that title and then Googled it, just to make sure no one had got there first. Lo and behold, [director] Fritz Lang had got there long before me. I eventually decided that it was kind of perfect to pay such direct homage to the genre, and my title stayed.

Q: Rope, a critically acclaimed but relatively obscure Hitchcock from 1948, gets a lot of attention. Of course, Rear Window, the original housebound-protagonist-spies-on-the-neighbours movie, frames the whole book. And there are a lot of echoes of Wait Until Dark, too.

A: That one is a totally fair comparison: a woman who is disabled and alone in her apartment in New York, pitted against an unseen antagonist, literally unseen in her case. Then there’s Gaslight, the George Cukor film from 1944, another of my favourites. It demonstrates what I love so much about classic cinema, the way it can induce in the viewer feelings of dread and suspense and shock and nervous anticipation without once resorting to cheap gimmicks or gore. The main thing the films contribute to the book, I hope, is the menacing, moody atmosphere. But they also serve as signposts indicating possible directions the story might take. What I’ve enjoyed hearing from readers is how I’ve misled them, sometimes unwittingly. I’ll drop a reference to film X and readers have said to me that made them sure of the route I was going down. Often it was a complete accident I didn’t end up where they expected me, but I like to feel clever, as though I were pulling strings the whole time.