A week in the life of twilight

A week in the life of twilight
Ladies and gentlemen, we have a new box-office champion. The Twilight Saga: New Moon grossed $72.7 million on its first day in theatres last Friday—the previous best was The Dark Knight’s $67.2 million. Screaming teenagers lined up for midnight screenings to find out what would happen to vampire Edward and vampire-lover Bella (though most already knew the outcome from reading and rereading the novel). Said teens then proceeded to scream throughout the movie.

Bittersweet swap
Israel and Hamas appear to be closing in on a deal that would see the Palestinian terrorist group release Israeli soldier Gilad Shalit, who was kidnapped by Palestinians in June 2006. Israel would offer 1,000 Palestinians currently being held in Israeli jails in return, including alleged murderer Marwan Barghouti, currently serving five life terms in an Israeli prison. The swap, should it happen, would be bittersweet for Israel: while Shalit’s return would be cause for celebration, Barghouti would likely assume a top leadership role in Fatah, and perhaps replace the moderate Mahmoud Abbas as Palestinian leader, a move that could bring Fatah and Hamas together. In the long run, then, this deal could actually hamper Middle East peace.

GST, American-style
Does America need a GST? Some economists are now arguing that instituting a federal value-added tax could be the answer to bringing down America’s huge deficit. This won’t sound like good news to consumers—Americans will certainly find a VAT-style tax just as annoying as Canadians find the GST—but it makes good economic sense, and deserves to be given due consideration. Let’s hope that aggressive provincial politicians from our side of the border don’t turn Washington off the idea.

Jon & Kate abate
The saga of Jon and Kate Gosselin and their eight young children is, thankfully, over—their TV show, Jon & Kate Plus 8, aired for the last time on Tuesday night after three seasons. We were never fans of the older Gosselins—though the kids are inarguably cute to watch—but the public squabbling after their marriage ended earlier this year was too much to take. The parents ended up looking like selfish brats—their kids were the real heroes. Jon and Kate’s messy divorce will surely continue, but at least not in prime time. We expect Oprah Winfrey will find a much classier way to sign off when her show ends in 2011.

Vexing vaccine
Swine flu confusion continues. While some experts have opined that the worst of the H1N1 pandemic is now behind us, others are warning against over-prescribing the vaccine. The World Health Organization also seems utterly confused: it’s recommending that doctors give out the vaccine to anyone showing symptoms of swine flu, and at the same time recommends that healthy people with mild symptoms not be given the vaccine. As if that weren’t enough, the WHO also announced on Tuesday that it has seen an unusually high number of severe allergic reactions to the vaccine in Canada.

Election problems
Iraqis were preparing to go to the polls in January, but now it looks like they will have to wait to cast their votes. Parliament has been unable to pass an election law, because of objections from Sunnis that they will be under-represented—and Sunni Vice-President Tariq al-Hashemi has threatened to veto the law. (Iraq’s Kurds have also protested the election on the same basis, though a recent amendment to the election law seems to have satisfied them.) With the United States set to begin withdrawing troops next year, a constitutional crisis is the last thing that the war-torn country can handle. If there is to be success in Iraq, this election must occur on time, and it must be free of corruption. There is no alternative.

Gore vs. Alberta
Al Gore is at it again, and this time he’s inconveniencing Albertans. In a speech on Tuesday, the former vice-president (and almost-president) opined that oil extraction from Alberta’s tar sands presents a serious environmental problem. This after he pasted the sands project in Rolling Stone magazine in 2006, saying, “They have to tear up four tons of landscape, all for one barrel of oil. It is truly nuts. But, you know, junkies find veins in their toes.” We don’t buy Gore’s doom-and-gloom scenario (odd, isn’t it, that his latest funereal pronouncements come right after he released a new climate book), and we hope Alberta’s hard-working population won’t suffer because of his reckless speechifying.

FACE OF THE WEEK 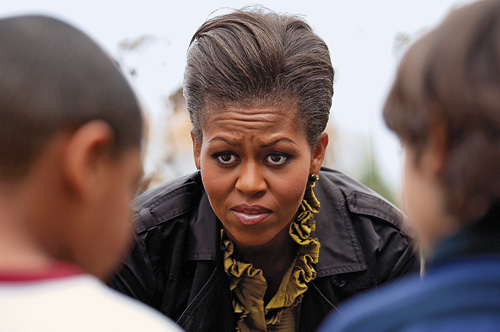