Opening the books, and Bloody streets. 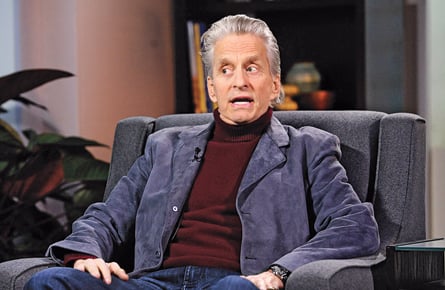 Opening books
Liberal senator and accused fraudster Raymond Lavigne claimed more than $30,000 in work-related expenses during a three-month span last year—despite the fact that he is banned from sitting in the upper chamber while his criminal trial unfolds. Sadly, his hefty tab is hardly shocking. (This is the same senator, after all, who famously sent a staffer to chop down trees at his cottage.) The good news? Finally, after years of pushback, every senator’s spending habits are now posted online. Though long overdue, such transparency is the only way to ensure the next Raymond Lavigne does his own gardening.

An injection of truth
In 1998, a British researcher published a bogus study that remains one of the biggest myths of modern medicine: that autism is somehow linked to childhood vaccines. Andrew Wakefield’s work has been repeatedly discredited, but countless parents—fearful of a side effect that doesn’t exist—still choose not to immunize their kids against measles, mumps and rubella. This week, the British Medical Journal published yet another scathing rebuke, describing the doctor’s original study as “an elaborate fraud.” Case closed.

Up in smoke
Suddenly, the air seems fresher. According to a new report released this week by Citigroup, smoking is in such rapid decline around the world that cigarettes will “virtually disappear” by 2050. The end could come even quicker in Cambridge, Mass., where city council is pondering an outdoor smoking ban in parks and other public places. And here at home, graphic new warning labels—including the photo of a dying lung cancer victim—already seem to be working. A new poll says one-third of smokers believe the packages will help them quit.

Drill chill
Fluoride levels in the U.S. water supply will be reduced after a new study that found kids are getting too much of the cavity-fighting mineral due, in part, to improved brushing habits. Better still is the news that British scientists have developed a way to eliminate the skin-crawling whine of a dentist’s drill—and replace it with relaxing music. Now if they could only do something about the sound of fingers on a blackboard. 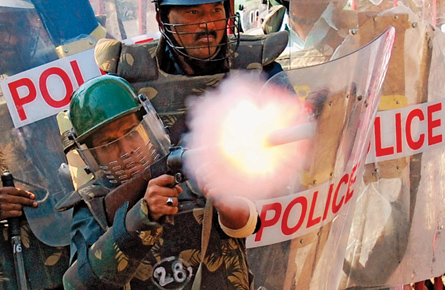 Bloody streets
Mexico’s violent drug war shows no signs of abating. In sunny Acapulco, the two-day death toll was 31, including the grisly discovery of the decapitated corpses of 15 young men. Authorities are telling tourists not to worry because the violence is “targeted.” Hardly. At least the news is better in another drug hot spot, Brazil, where police have cleared out three gang strongholds in Rio de Janeiro. The military-style operations are part of a plan to take back no-go areas of the city in advance of the 2014 World Cup and 2016 Summer Olympics. Maybe somebody should award Mexico a major international event.

Fait accompli
Memo to Environment Minister Peter Kent: don’t bother trying to promote the Alberta tar sands as “ethical oil.” We’re all doomed anyway. A new study predicts that climate change will cause a global disaster within the next 1,000 years—even if the world immediately cuts all greenhouse gas emissions. Vanishing ice floes, massive flooding and global food shortages are all inevitable, the report warns. “Even if we change behaviour and totally change society, we’re still in store for a lot of bad scenarios,” says one researcher. “I feel a bit defeatist.” A bit?

Unsafe skies
The federal government is about to slash the budget of the RCMP’s air marshal program, a post-9/11 initiative that places plainclothes Mounties on commercial flights. The undercover officers are considered the last line of defence against hijackers and terrorists, but a looming 25 per cent funding cut will mean fewer marshals in the sky come April. If the feds were really serious about airline safety, they would cut something else: the amount of coffee served in the cockpit. A United Airlines pilot was forced to make an emergency landing in Toronto this week after spilling his java all over the controls.

Second rate
It’s hard to decide which was more stomach-churning: Team Canada’s epic collapse at the World Junior Hockey Championship, or a Buffalo News column that slammed visiting Canadian fans as “arrogant,” “obnoxious” and “lousy tippers.” Clearly, the writer has never ventured to the end zone seats at a Bills game.