The top tips a true TIFFer needs for 11 days of screenings, queues and whiny journalists 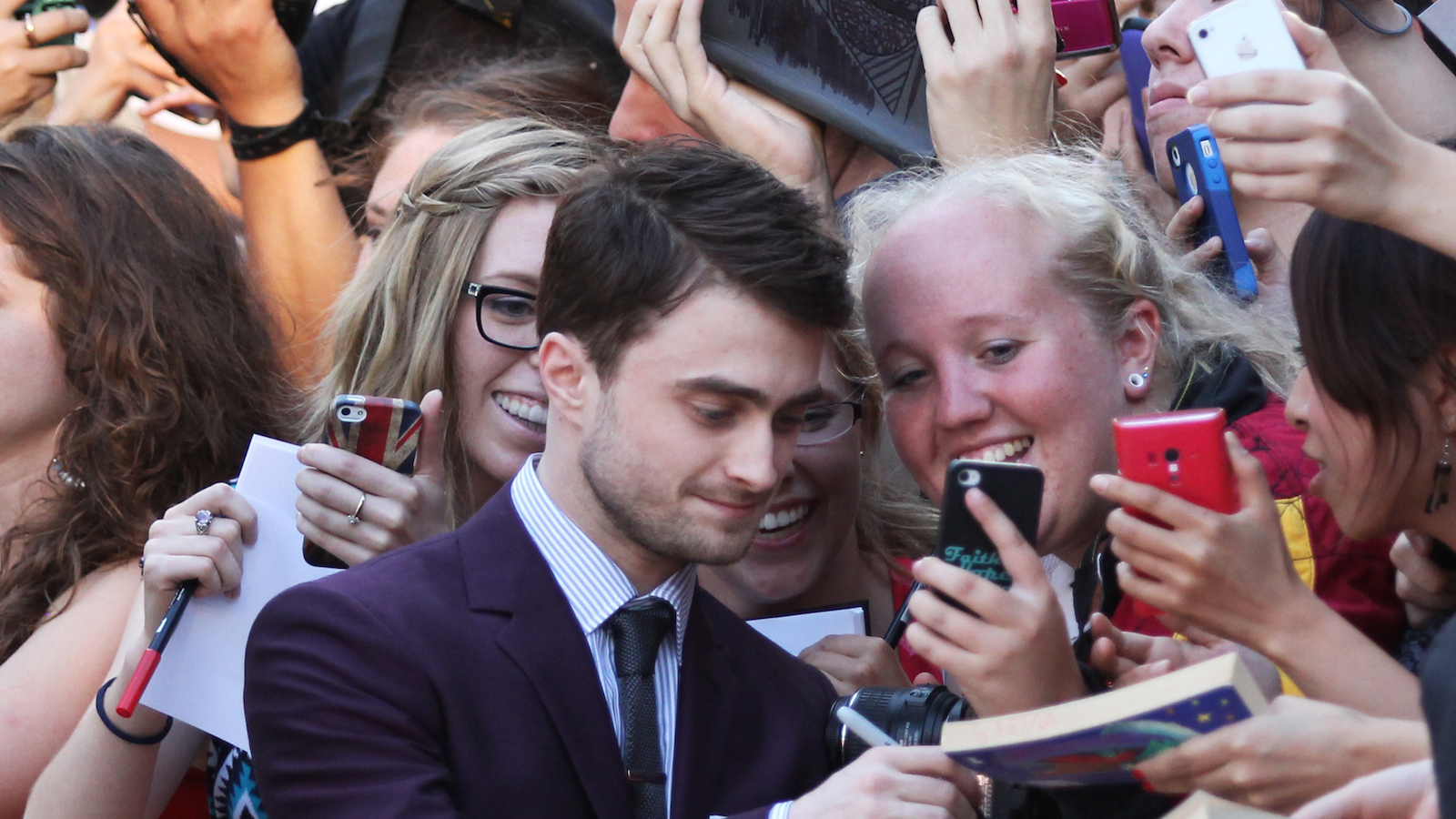 The Toronto International Film Festival is supposed to be a joyous celebration of cinema, a chance for artists, fans, the media and hangers-on aplenty to come together to bask in the power of the moving image. Yet for the truly dedicated festival-goer, TIFF is a two-week endurance test, where the difference between life and death can be a free hummus-and-cracker plate spotted in the lobby of the Intercontinental. Before this year’s festivities begin with Thursday night’s opening gala of The Judge, here are the top tips that a true TIFFer (with a fondness for alliteration) needs to survive 11 days of back-to-back screenings, endless queues and whiny journalists (myself included).

Every Labour Day Weekend, a fun little game plays itself out online in which long-time TIFF hounds sit in front of their computer and bemoan the festival’s slow and overwhelmed online sales system. This year was no different, with the added bonus of TIFF failing to remove certain premieres from its system once they became sold-out. Complaining aside, with package tickets long gone for this year, single tickets are now the only way left to get into the fest. Though, if you weren’t shedding tears in front of your MacBook this past weekend, don’t abandon hope. Many “sold-out” screenings get extra tickets added the morning of, which can be purchased at the festival box office on King Street starting at 7 a.m. For the gambling type, there’s also the not-nearly-exciting-as-it-sounds “rush” line, where potential moviegoers wait—and wait—for stand-by tickets just before a screening starts. Typically, at least the first dozen people in line get admitted. But remember to bring cash: there’s no credit or debit machine at the top of a rush line. (With tickets for non-premium rush screenings going for $20 a pop this year, it couldn’t hurt to bring a stylish money clip—or money belt; unlike Robert Downey Jr., we’re not judging.)

Trying to decide which films to see when requires time management, tenacity and more luck than life typically allows. Fortunately, there’s tiffr.com, a simple (and free) online planner that makes scheduling festival picks so foolproof it’s a wonder the fine folks at TIFF haven’t bought it up (or, would that be too easy?). After users sign up for an account, they can create an interactive calendar of all their must-see films, with unintentional conflicts becoming a thing of the past. The official tiff.net site isn’t completely useless, though—this year it’s offering trailers for 178 of the scheduled films, which might ease any scheduling woes.

A good messenger bag or tote bag is a festival-goer’s best friend—anything but monstrous and cumbersome backpacks, which are sure to poke your fellow rush-line attendees. But what to put in the precious little real estate such bags afford? First, make sure you’re carrying two copies of the free festival program at all times: one for circling your desired films, the other for when you inevitably realize all your initial choices were terrible, and your days need to be planned anew. Then, it’s all a matter of sustenance and self-preservation.

You’ll want one bottle of water (Smart Water preferred, just in case you run into Jennifer Aniston and need a conversation-starter); dried fruit that won’t rot if you forget it at the bottom of your bag (a movie-goer cannot survive on popcorn and Sour Patch Kids alone); a cellphone charger (if you can snag one of the city’s few free outlets away from on-deadline journalists); wet naps (rush lines can get disaster-zone disgusting after a few hours); an umbrella (some queues are set up outside, and the TIFF weather gods are an unforgiving sort); a fresh T-shirt (after being clustered with the masses in Toronto’s temperamental September weather, you’ll be grateful); and some deodorant (see previous point).

The queues can either be a festival-goer’s archenemy or best friend, depending on your temperament. For some, they’re what distinguish TIFF from just another night at the multiplex: a mass gathering of like-minded folk where favourite films are analyzed, tips are traded and relationships bloom. Thriving in this environment, though, takes equal parts patience, respect and hygiene (this is where deodorant comes in handy). So go ahead and talk to your neighbours about the great films you’ve seen so far (“I hear amazing things about [director X’s] first work, especially now that it’s been selected as the Oscar contender for [insert country most people never thought existed here]”) but don’t rant or rave—no one likes a know-it-all grouch (“Here’s a detailed list of everything I’ve found wrong with the festival, and why I’ve also had no time to shower thus far”).

What to do when you have an hour or two to kill before screenings and are sick of street meat, shawarma and those tiny little grilled cheese sandwiches littered throughout TIFF soirees? Fortunately, the festival is concentrated within a few square blocks (with the Bloor Hot Docs, Jackman Hall and Isabel Bader theatres being the outliers), meaning you can squeeze in some leisurely meals between losing said lunch at a Midnight Madness film.

If you’re in the mood to spot some celebrities during the daytime, there’s Toca at the Ritz-Carlton for upscale Canadiana, Drake One Fifty for casual calamari, Paese for pricey pizza and David Chang’s Momofuku empire at the Shangri-La Hotel for stylized Korean. If you’re in the mood for some Ectoplasm with your eggs, there’s also Montecito, a California-inspired eatery backed by Ghostbusters director (and TIFF BFF) Ivan Reitman—though I’m told there’s actually no paranormal cytoplasm on the menu.

The dinner hour presents a host of other options, with hot spots Weslodge (try the barrel-aged cocktails), The Chase (sky-high seafood), Patria (pricey-but-tasty tapas), Buca and its little cousin Bar Buca (the best Italian in the city), the newly renovated America spot at the Trump Hotel (luxe supper club), Hudson Kitchen (upscale farmhouse), Brassaii (bistro fare) and Blowfish (expense-account sushi). A word of warning, though: many of these spots will play host to a revolving door of invite-only parties, meaning you might be stuck on King Street’s restaurant row (avoid most of the tourist traps there, but try Dhaba’s budget-conscious Indian spread). As for the lucky few who somehow find themselves within spitting distance of a free cheese tray in some forgotten hotel ballroom—for the love of God, grab that snack and run. Roving packs of hungry journalists will make short work of it once spotted. And they’re known to bite if feeling territorial.

This is the trickiest area for the average TIFF attendee. During the first mad weekend of the festival, the entire King West strip is practically cordoned off with one giant velvet rope, and crashing after-parties for such films as Benedict Cumberbatch’s The Imitation Game or Reese Witherspoon’s Wild are about as easy as starting a meaningful relationship with the aforementioned stars. Sure, you can try to sweet talk and bribe your way past grim-faced bouncers (“I swear Alexandria put me on the list, but if not, here’s $50. By the way, have I mentioned that I’m an extremely attractive young woman?”) or, alternatively, threaten them with some false sense of power (“Don’t you know I’m Shinan Govani’s former editor?!”).

Either way, if you’re not on the list, you’re not on the list. But for those who aren’t afraid of the sweet sting of rejection, there is one possible way to sip free cocktails with Bill Murray* and the like: befriend a publicist, journalist or industry rep. They’re easy enough to spot in a crowd (look for the harried people with TIFF accreditation lanyards proudly hanging around their necks and worn-out iPhones in their palms). If drunk and lonely enough, they might just be willing to strike up a conversation that leads to a (possible) party invitation.

*Don’t be surprised if Bill Murray ends up crashing your local bar. Hell, he may end up surprising you in your own living room. He’s wily, that one.