Confessions of a recovering film addict and TIFF-oholic 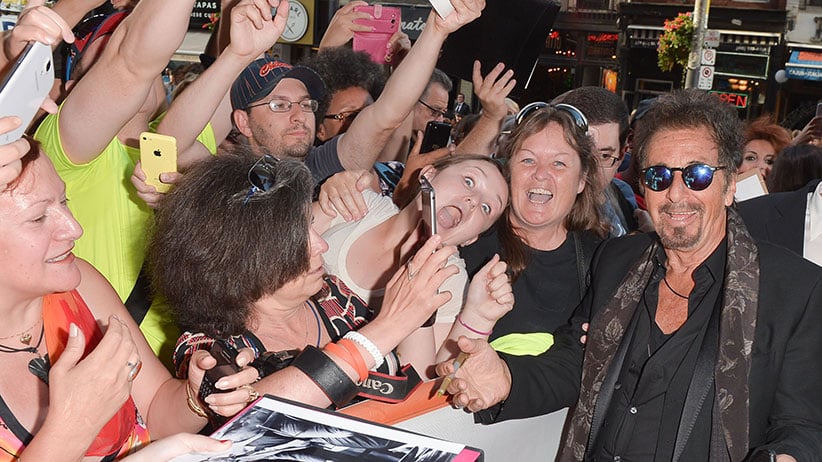 Hello, my name is Brian and I’m an alcoholic. That’s a metaphor. Well, as I write this at dawn, after a sleep bruised by margaritas inflicted at a pre-TIFF party, it feels like more than a metaphor. What I mean to say is: I’m a recovering film critic.

It’s been a while. Four months since my last binge, and blog. Four months since I last gorged on film for days on end, pouring out opinion and reportage in a cycle of ritual cleansing. That last occasion was the Cannes Film Festival. Since then, a bunch of blockbusters have come and gone, leaving the worst slump at the summer box office since 2006, and I stood idly by. That wasn’t my plan. Though no longer on staff at Maclean’s, I’d fully intended to keep mainlining film, and writing about it, at my leisure. Instead, I’ve gone over to the other side. I’m suddenly busy producing and directing a documentary feature called Al Purdy Was Here. Yes, I know. For a recovering film critic to be making a film about a dead Canadian poet sounds like an act of extreme denial. But it’s all very exciting, and leaves very little time to indulge my former habit.

After decades of mining five or six movies a week, I’m now buried deep inside my own, where I’ll remain until next spring. I saw just a handful of films over the summer. I still haven’t caught up to Guardians of the Galaxy, which I’m sure is as entertaining as everyone says it is, though I did luxuriate in the time-lapse alchemy of Boyhood. Its 12 years, spanning almost three hours, seemed daunting at first, but it became like a good book you wished would never end.

Speaking of books, I found time to read the galleys of David Cronenberg’s first novel, Consumed—a diabolical satire that features an uxorious cannibal suspected of eating his wife, a journalist couple with a fetish for digital camera gear, and a North Korean conspiracy that penetrates the jury of the Cannes Film Festival.

During a retreat in a log cabin on a lake, where I was working on my first movie, it was almost eerie to be reading a filmmaker writing his first novel, from the POV of journalists infatuated with cameras. Oh so meta. (It would be premature to reveal more about the book before its publication later this month, except to say that Cronenberg, cinema’s master extremist, shows that it’s possible for him to go even further on the page than on the screen. Compared to the novel, his latest movie, Maps to the Stars, which premiered in Cannes and will resurface at TIFF, is a walk in the park.)

All this is by way of preamble to confess that I’m about to fall off the wagon. “Just when I thought I was out, they pull me back in”—to quote that chestnut from Al Pacino, who showed up here last night as the star of a pre-TIFF fundraising gala. After three decades of “doing” TIFF, I’m back as an accredited critic, suspending production on my film to wade once more into the fray. I’m under no obligation to write, though it’s possible I may feel compelled to. I don’t even know if it’s possible to binge-watch movies without converting them to text.

This year I’m heading into the festival blissfully unprepared. Usually, by now, I’ve consumed three weeks of advance screenings. I’ve seen just a few, aside from the titles that premiered in Cannes. I did make a point of seeing Rosewater, the strangely upbeat Iranian prison drama that marks the directorial debut of Jon Stewart (another guy cheating on his day job). It was disappointing. But I’m forbidden to write about most of the TIFF movies I’ve pre-screened. This year, the policy of embargoing coverage of films before they premiere is stricter than ever. It’s driving my colleagues to distraction. And it’s just part of an escalating war on journalism by the Orwellian publicity machine of movie distribution.

At last night’s pre-TIFF party thrown by our Toronto Film Critics Association, there was more buzz about the muzzling of journalists than about the films. When a prominent newspaper writer was offered an interview with Rosamund Pike by eOne, the largest Canadian distributor, it came with a catch. The interview was meant to publicize Pike’s wifely supporting role in Hector and the Search for Happiness. As a condition of getting access to her, the writer was forbidden to ask Pike about her bigger, upcoming role in Gone Girl, a movie that eluded TIFF and will premiere at the New York Film Festival. Being asked to profile an actress without being able to talk about what may be the most important movie of her career is unthinkable. The writer, still preferring to act as a journalist rather than publicist-by-proxy, wisely declined to do the interview.

The death of journalism is a topic that obsesses film critics almost as much as the death of cinema. The summer’s box office slump revived fears that Hollywood as we know it may soon be on life support. But as a recent Guardian article pointed out, in a cyclical business that soars up and down on an adrenalin pulse, much like the stock market, rumours of Hollywood’s impending apocalypse seem grossly exaggerated. The drop in summer grosses may only show that there’s a dwindling appetite for mediocre movies.

Now, as TIFF ushers in the season of serious movies—ones that will carry their buzz all the way to the Oscars, and the unsung masterpieces that will fade like shooting stars—it’s time to enjoy a ritual resurrection of our faith in cinema. For once, it could be fun. In the calendar of a film critic, this festival usually looms as the Everest of assignments, a mountain of must-see films, must-do interviews, can’t-miss parties and brutal deadlines with no time to write. Today, on Day One, I feel an unfamiliar lack of anxiety—aside from wondering if I’ll be able to submerge myself in films, and happily binge-watch, without getting pulled into a riptide of compulsive criticism.