Highlights from the first two days of the festival, including partying with Jake Gyllenhaal and diving into the latest Cronenberg 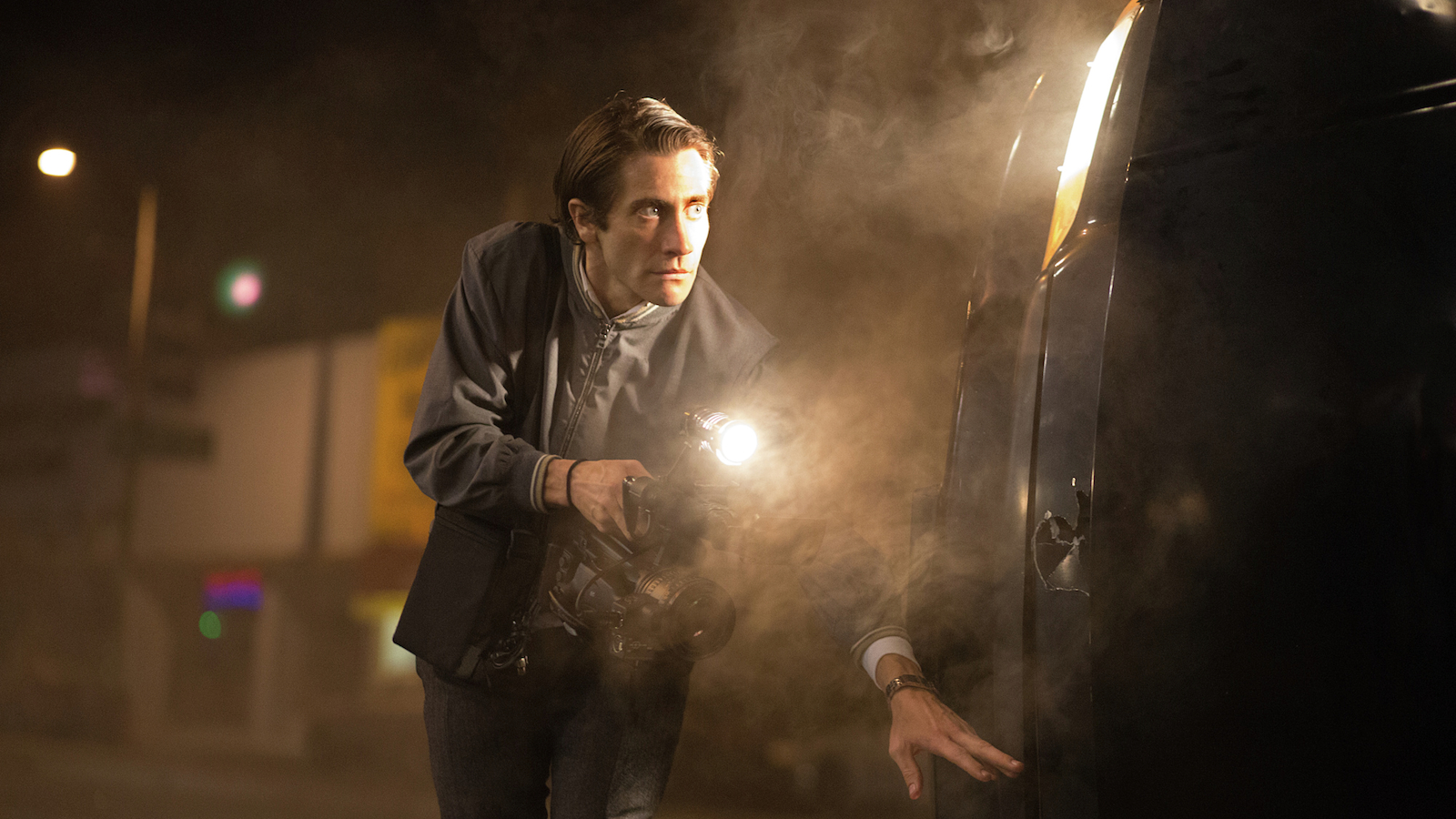 Despite a ho-hum reception for the opening-night film The Judge (did anyone at TIFF think the Robert Downey Jr. legal drama was Oscar-worthy material, or did they just cater to one of the bigger stars of the moment? Don’t fret—it’s a rhetorical question), the festival’s first two days delivered an otherwise rich bounty of screenings.

On Thursday, David Cronenberg’s Maps to the Stars played for press and industry audiences. While the psychological drama has rallied some critics into calling for Cronenberg’s head, Scanners-style, it’s actually one of his more entertaining projects in years. Not so much a satire of Hollywood as a send-up of the family unit and generational trauma, the film offers a fascinating trip through the director’s ever-warped mind, with stellar turns from Julianne Moore, John Cusack and even Robert Pattinson. Plus, it pioneers the dramatic principle I’m dubbing “Chekov’s Genie Award.” I won’t spoil the Telefilm-funded surprise, but it’s worth the price of admission.

Also screening Thursday was Xavier Dolan’s Mommy, the latest emotional blowout from the Quebec wunderkind. At just 25 years old, the filmmaker has proven himself to be a devastating force in the industry, if not an outright master. (It’s little wonder the film nearly captured the Palme d’Or in Cannes—perhaps the closest a Canadian film has ever gotten to snagging that sought-after honour. Sorry, Atom Egoyan!)

To cap the first night off with a demented bang, TIFF’s Midnight Madness program premiered Tokyo Tribe, the latest from Japanese director Sion Sono. The neon-soaked musical is a nightmarish hybrid of West Side Story, The Warriors and Takashi Miike’s Dead or Alive series (and features that franchise’s star, Riki Takeuchi, doing his best Elvis-on-speed impersonation). At just over two hours, though, the insanity can be exhausting. More exhausting than 140 minutes of Iron Man taking the stand. (OK, I’ll cool it on the Judge put-downs…unless someone has an objection. OK, really, I’ll stop.)

Friday, meanwhile, proved to be just as rewarding, though things got off to a creaky start with The Sound and The Fury, James Franco’s latest attempt to adapt William Faulkner after last year’s disastrous As I Lay Dying. Although The Sound and the Fury is a thousand steps beyond his previous work, Franco is still an overconfident and (surprise!) ostentatious filmmaker, making the period drama a chore to sit through. Not helping matters is Franco’s performance as the developmentally challenged Benji, which shares more in common with Ben Stiller’s Simple Jack schtick in Tropic Thunder than anyone might like to admit. Ditto the distracting cameos from Franco BFFs Seth Rogen and Danny McBride (though I will cop to enjoying Rogen’s Babe Ruth riff—someone get him and Evan Goldberg to adapt Intruder in the Dust).

After that early-morning misstep, the day’s itinerary was markedly improved. While most of Toronto was going mad for Bill Murray down on King Street (deservedly so), a huge contingent of critics were stretching the definition of hyperbole to praise Roy Andersson’s A Pigeon Sat on a Branch Reflecting on Existence. Yes, that title encompasses exactly what most audiences despise in art-house films, but it’s a deliberately absurd choice, and reflects Andersson’s deadpan style of dark comedy. The film is definitely not for everyone—here’s looking at you, fans of The Judge (sorry!)—but it’s hilarious, beautiful and hypnotic.

Finally, there was the hotly anticipated Eden, from French auteur Mia Hansen-Løve. Chronicling the rise of electronic music in France, the drama was riding an intense wave of buzz as it arrived in Toronto, partly due to Hansen-Løve’s growing reputation (TIFF held a mini career retrospective two years ago) and partly due to Daft Punk’s participation (the duo are minor characters in the film, while their music is all over the soundtrack). While the first two-thirds ramble, by the time Hansen-Løve wraps the story together, Eden becomes a fully lived-in document of a young man’s successes and, ultimately, failures. It’s a difficult but riveting ride. Much like TIFF itself.

Like most years, the first few days of the festival are light in terms of marquee-level interviews. Sure, Robert Downey Jr., Robert Duvall and Bill Murray were in town, but they stuck to press conferences or the odd audience Q&A, which can be dangerously inane (though Murray saved his post-Ghostbusters chit-chat by belting out Purple Rain).

Still, there was plenty rising talent ready to go on the record. First up was Canadian director Jeffrey St. Jules, who is making his feature-length debut with the startlingly confident Bang Bang Baby. The fever-dream musical—part Twin Peaks, part Hairspray—stars Jane Levy as a small-town girl yearning for escape, and the always bizarro Peter Stormare as her alcoholic father.

“The original idea was inspired by Viva Las Vegas, specifically Ann-Margaret’s performance,” said the Toronto-based St. Jules, who was editing the film up until its TIFF premiere. “She had this small-town girl character, but there was this intensity behind her that, at points, it felt like she’s going insane. I wanted to capture that tension.”

Like most first-time features—at least in Canada—St. Jules shot the film on a barely-there budget, though it’s hard to tell from the expansive set design and exhilarating musical numbers. “We were saved by the generosity of everybody in the creative community,” says St. Jules. “The only way we were able to achieve the look of it was by everyone doing us a lot of favours. I owe a lot of people, big time.”

Perhaps sensing a theme, TIFF is also screening Songs She Wrote About People She Knows, another indie Canadian musical from a rookie director, this time Vancouver’s Kris Elgstrand. The nervy drama focuses on an office drone (Arabella Bushnell) who finds self-confidence by belting our unbearably honest ballads. The uncomfortable material could have resulted in a 90-minute exercise in squirming, but Elgstrand strikes the right balance of quirk and sincerity.

“That’s always the tricky thing with this kind of part: you just have to trust that the performer will be able to deliver that human element,” he said of Bushnell’s performance, careful to note that he perhaps had it easier than most directors, as the two are married in real life. “We’ve grown as people and artists together—it’s rare to have that kind of intimate, ongoing collaboration.” Here’s hoping she only serenades him occasionally, though. 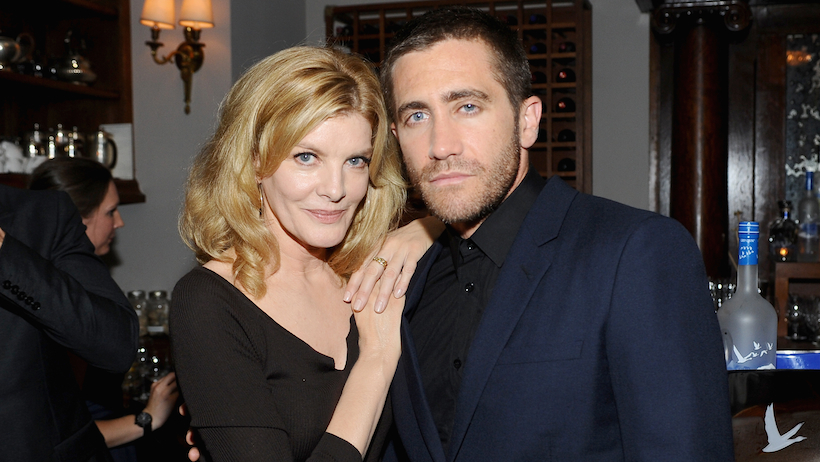 To make up for skipping TIFF’s official opening night party at the Bell Lightbox, I hit the social scene particularly hard Friday. First up was the opening-night party for Nightcrawler at the Soho House. The dark drama stars Jake Gyllenhaal and Rene Russo (remember her?), and both were working the Grey Goose-soaked crowd with ease. Fortunately, Gyllenhaal—who has taken to dark and edgy material as of late—did not look nearly as as gaunt or terrifyingly intense as he does in the film, in which he plays a crime reporter who may or may not be staging murders. His perfectly gentlemanly behaviour was a shame, though, as everyone knows a staged murder adds just that extra layer of excitement to a party. Oh well.

After a few cocktails at the Soho House—including one potent mix of vodka, cognac and Champagne—it was off to Michael’s on Simcoe, which hosted the party for the comedy-drama Ruth & Alex, starring Morgan Freeman and Diane Keaton. Both were a bit late arriving to the Moët & Chandon event, but once they were on hand it was selfie-city for Freeman, who posed for eager fans by the dozen. Keaton’s handler, however, insisted on a no-camera rule, despite her knockout outfit, a white-and-black ensemble that was like the Annie Hall of the future—sans any unsettling mentions of Woody Allen.

Finally, after braving a thunderstorm I assume was sparked by an angry god incensed by all the TIFF decadence, I arrived at The Trump Hotel’s America restaurant, where Dustin Hoffman and the cast of Boychoir were being feted by The Creative Coalition. Despite looking like a soaking-wet street orphan rescued from the gutter, I was treated to seared tuna—with burnt marshmallow ice cream for dessert—and a vaguely self-deprecating speech from Hoffman. It was only walking home that I forgot to make a Rain Man joke. Probably for the best.