Highlights from the fifth day of the festival, including swinging with Spider-Man's Andrew Garfield and talking old age with Mark Ruffalo 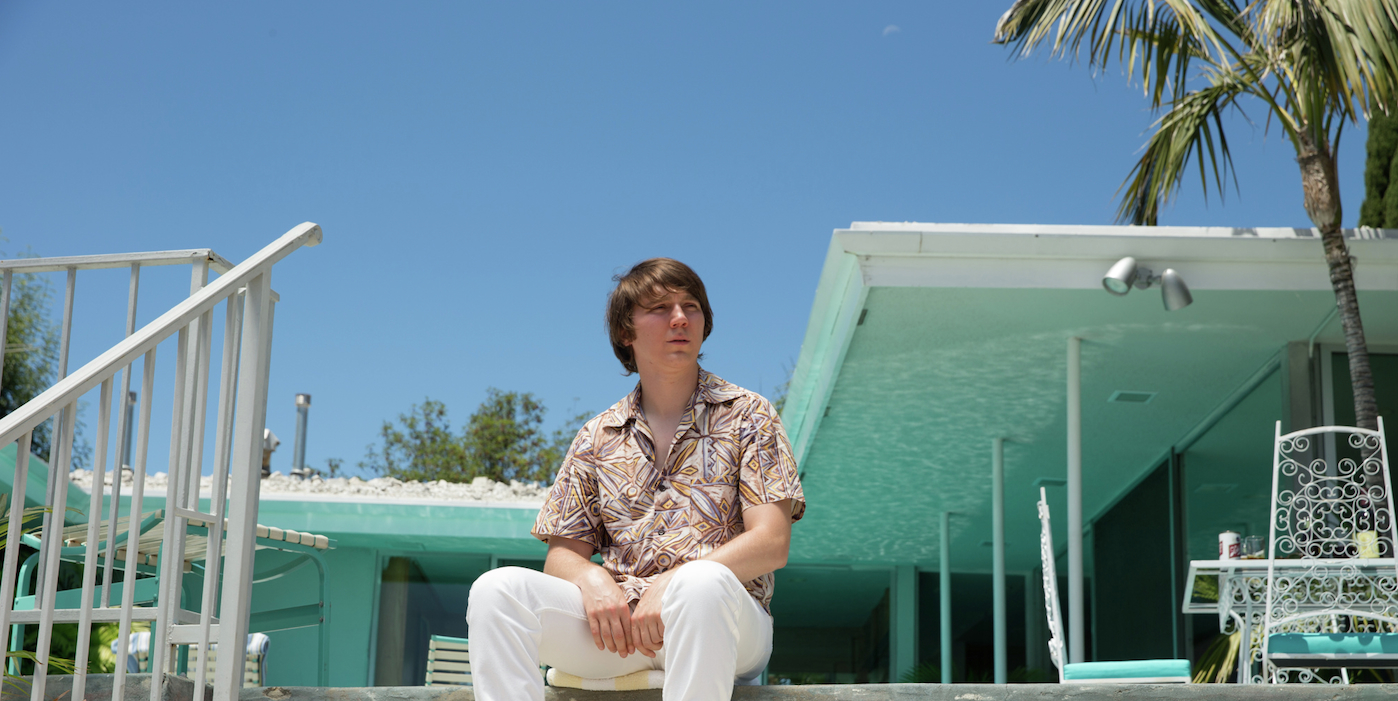 Monday was a six-interview day, which left precious little time for anything but fretting over how I would embarrass myself in front of someone famous. Yet somehow I squeezed in a screening of Love & Mercy between all the neuroses, and was mostly glad for the distraction. The drama by first-time director (and long-time producer) Bill Pohlad chronicles two halves of Brian Wilson’s life: his early days with the Beach Boys, where he’s played with twitchy glee by Paul Dano, and his mid-fifties, in the form of John Cusack. (Let’s put aside the fact that Dano and Cusack look nothing like each other.)

Naturally, the soundtrack is unimpeachable, and Pohlad offers a riveting look at how Wilson crafted such aural wonders as God Only Knows and Good Vibrations. Cusack, too, is captivating, and offers one of his best performances in years as the sheltered and lonely Wilson, stuck under the watchful eye of a shady Dr. Eugene Landy (Paul Giamatti, practically twirling an evil moustache). Still, the film goes to painful lengths to paint Wilson as a music god, turning the biography into hagiography. The closing credits, emphasizing that Wilson is “one of the greatest musical minds ever,” push the film into an insultingly didactic territory.

Today was the busiest day in terms of interviews. Up first was a sit-down with Jean-Marc Vallée, director of Wild, one of two Reese Witherspoon dramas to hit the festival (the other, The Good Lie, also directed by a Québécois filmmaker, Philippe Falardeau). Soft-spoken to the point that I was concerned my recorder wouldn’t pick him up, Vallée quietly but intensely spoke of his commitment to honouring the film’s source material, Cheryl Strayed’s bestselling memoir. “I lost a parent to cancer, too, so that touched me deeply,” says Vallée, who directed last year’s Oscar darling, Dallas Buyers Club. “I saw the opportunity to tell a story that is emotional and powerful, but to have fun with the medium and language of film. It was an appealing challenge.” Whatever Vallée is doing, it must be working—already Witherspoon is the subject of “for your consideration” chatter (and legitimately so, as her performance is so powerful that you wonder what the hell she was up to for the past five years).

With the Vallée interview running late (it’s not TIFF if you’re not at least 23 minutes behind), it was a quick sprint to a one-on-one with Mark Ruffalo, star of two TIFF selections this year: Foxcatcher and Infinitely Polar Bear. While the latter is a sweet-natured, if occasionally chaotic, look at one man’s struggle with manic depression, it’s the actor’s performance in Bennett Miller’s Foxcatcher that’s attracting most of the attention. The dark drama, which tells the real-life story of millionaire John du Pont’s obsession with wrestling brothers Dave and Mark Schultz, has been riding a steady wave of hype ever since it premiered in Cannes this past spring. Although most writers have been caught up with Steve Carell’s performance as du Pont—complete with distracting prosthetics and an oh-so-evil line delivery—it’s Ruffalo’s quiet performance as Dave Schultz that stands out.

It’s an interesting challenge for Ruffalo, who has lately been transitioning with ease from indie projects such as Foxcatcher and Infinitely Polar Bear to the big-budget behemoth of Avengers: Age of Ultron. “Last year was a very special year for me,” he said. “I wanted to do all these movies, and I’m 47 years old and I’m peaking. This might be as good as it gets from me, and I was very conscious of putting myself out in a way I’ve never done before.”

A few more strictly embargoed interviews followed—sorry everyone, but you’re going to have to wait until late November to hear Keira Knightley’s thoughts on working with her best friend Benedict Cumberbatch on The Imitation Game—but the highlight of the day undoubtedly remained a lunchtime conversation with Ruben Östlund, the Swedish director of Force Majeur, perhaps the only film that has united critics across the board in uproarious hyperbole (only thing is, they’re absolutely right).

The morality tale is a quiet, dark and darkly hilarious look at how one impulsive decision can destroy an entire family. “It’s about the struggle between the civilized and the uncivilized,” Östlund said. “And the triviality of the conflict going on in everyday life.” Granted, that may not sell anyone looking for the next Equalizer, but it’s a succinct way of describing one of the most challenging films of the year.

By this point in the festival, the party circuit has usually wound down, with waiters having to beg you to take mini grilled-cheese sandwiches and tuna ceviche off their trays (if I must, if I must). Yet an unexpected benefit of TIFF’s current fight with Telluride—in which Toronto banned all movies that weren’t North American or world premieres from its first four days—is that a larger number of high-profile films that happened to be in Telluride or other festivals are hitting TIFF during its previously sleepy second half. That means a more robust party scene—and more than enough mini grilled-cheese sandwiches for all.

First up was the Festival Music House, a TIFF-sponsored showcase for homegrown musicians looking to tap into the soundtrack or commercial market. The invite-only bash hosted BADBADNOTGOOD on Sunday night, and was all set to welcome the New Pornographers on Monday night in support of their new album. Yet for reasons unexplained—or, perhaps deeply explained while I was inhaling chicken skewers—A.C. Newman’s Vancouver band pulled out, leaving Sloan to fill their headlining slot on Monday. As crisis-management goes, it was not a bad substitution, and damn if Sloan still knows how to keep a crowd on their side.

The second—and final—stop of the evening was the Trump Hotel’s revamped America restaurant for the post-premiere party of 99 Homes, a morality tale pegged to the sub-prime mortgage crisis in the United States. The film’s theme of economic inequality may not have quite jived with the Grey Goose- and Fiji Water-sponsored party—especially considering it was held in one of the city’s more controversial properties—but once stars Andrew Garfield, Laura Dern and Michael Shannon showed up, no one seemed to be digging too deep for irony. The occasional Spider-Man, sporting a long and scraggly beard, was gracious and inviting, while Shannon, with his hair askew as if some Dick Tracy villain, was simply too intimidating to approach. If he told me to buy a house with no money down, damn right I’d do it. Wouldn’t you? Don’t lie.