TV is about to get more confusing. Here's a guide to streaming in 2020.

As new streaming services crop up, it can be a challenge to know what to watch and where. Not to mention how much it's all going to cost. 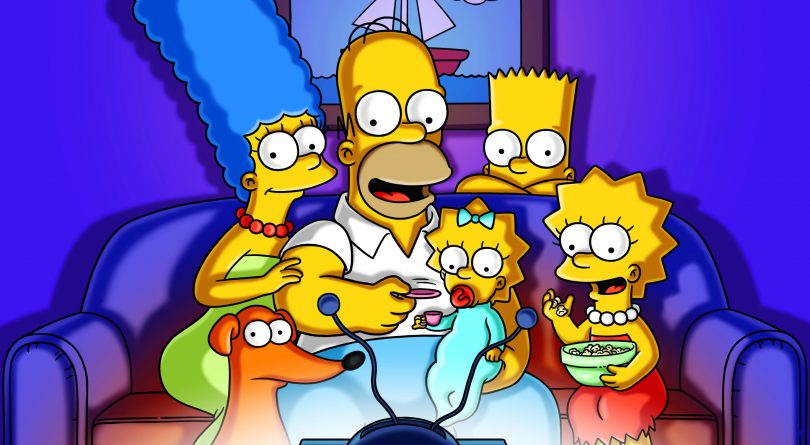 There are already too many television shows for us to keep track of. In 2020, we’re also going to be confused about where to find them and how to get them. We’re used to paying for TV channels as a bundle, and more recently paying for some channels à la carte. But the owners of the big entertainment libraries, like Disney and Warner Bros., have suddenly begun what Chuck Tryon, author of the book On-Demand Culture: Digital Delivery and the Future of Movies, describes as “walling off their content to distribute [it] directly to consumers” on exclusive streaming services. Some of these services are clearly intended to replace traditional channels and bundles. AT&T, which is launching HBO Max in 2020 (though its content will initially be diverted to a different service in Canada), has already announced that it expects HBO users to migrate there eventually. TV viewers are increasingly expected to do something they’re not used to doing: make informed choices.

This could prove extra difficult because “binge-watching” is beginning to taper off. Instead of releasing whole seasons of new shows the way Netflix mostly does, the Disney+, Apple+ and HBO Max services will usually offer new episodes weekly. For a spoiler-phobic company like Disney, this has the advantage of preventing us from leaking the ending of a season to people who haven’t started watching it. It also has the side effect of making it much more difficult for good word-of-mouth to spread about a series: we will no longer be able to hear from people who can assure us that a season is worth watching to the end.

READ MORE: Why the Liberals and Netflix don’t mix

Many of the new services will instead try to tempt us with our favourite reruns. The U.S. version of The Office, which saw a massive spike in popularity on Netflix, will be one of the centrepieces of Comcast’s Peacock service. Friends, a sitcom which just keeps getting more popular no matter how dated its 1990s references become, was yanked off Netflix so it could be an anchor on HBO Max. Cory Barker, co-editor of The Age of Netflix: Critical Essays on Streaming Media, Digital Delivery and Instant Access, sees signs that such losses might hurt Netflix: “The company announced it would stop reporting subscriber data by country and instead focus on regionality, which I think is a low-key recognition that a real drop (and not just a below-projection number) is coming in the U.S.”

Still, new services may not have as clear an identity as traditional networks. Viewers knew that CBS was mostly for old people and the CW network (Riverdale) for young people, and HBO built its following around the promise that it would have only a few shows, but most of them would feature the network’s trademark combination of high- quality, “adult” content, and anti-hero protagonists. HBO Max, on the other hand, will include all the content of HBO, but also shows from many other AT&T-owned production companies that vary wildly in style: The Sopranos will mingle with CW teen dramas and CBS shows like The Big Bang Theory. Instead of giving us a consistent brand, the aim is to load up with as much content as possible to suit as many tastes as possible. The Simpsons used to be the anti-Disney cartoon (sometimes literally), and now it’s part of Disney+ because the studio bought the 20th Century-Fox library. These services will try to use Netflix-style algorithms to select shows for our individual tastes, but that won’t help us much when we’re trying to decide which ones to sign up for.

“I think that the only way this works long-term is classic marketplace strategy: discounts,” Barker says. Gina Keating, author of Netflixed: The Epic Battle For America’s Eyeballs, says that Netflix’s founder, Reed Hastings, predicted that the studios would someday make their own streaming platforms, and that “people would aggregate these apps as an individually curated bundle of content and pay for them à la carte.” Barker adds: “It’s hard for me to see individual programs or even franchises being enough for general consumers to pay for all of these without discounts or bundles.” In other words, by the time we get used to the loss of the current television model, it might come right back again, and only the network names will have changed.

All the streaming services you’ll ever need

Still confused about all the non-Netflix streaming services that are out there, or soon to be out there? Here’s a brief guide to some of those services, which content libraries they have access to, whether you can get them in Canada, and (approximately) how much they cost.

It won’t answer the question of how to pay for all of them, but it’s a start.

Launch: Oct. 29, 2007
Owner: Formerly co-owned by Fox and Comcast; after buying Fox, Disney arranged to take sole control.
Available in Canada? No, but Disney has hinted that it might expand the service outside the U.S.
Price: Varies, ranging from $5.99 USD to $55 depending on the package.
Content library: By the time it comes to Canada, mostly Disney and Fox content.
Major titles: In flux, but Disney plans to use the service for R-rated content and other shows and movies that won’t fit on its family-friendly streaming service.

Launch: Oct. 28, 2014
Owner: Viacom
Available in Canada? Yes, but some of its original shows are on other services: Star Trek: Discovery is on Crave in Canada (see below).
Price: $5.99 per month
Content library: TV shows from the CBS television network and Paramount television studios.
Major titles: The Good Wife and its streaming-only spinoff The Good Fight; two different versions of Beverly Hills 90210.

Launch: Nov. 12, 2019
Owner: Disney
Available in Canada? Yes
Price: $8.99 per month
Content library: Most Disney animation, Marvel and Star Wars movies, as well as content Disney acquired when it bought and closed down 20th-Century Fox.
Major titles: Most classic titles from Disney mega-franchises, as well as original spin-offs: The Star Wars spinoff The Mandalorian is already there, and Marvel will soon release The Falcon & the Winter Soldier, WandaVision, and She-Hulk.

Launch: April 2020
Owner: Comcast
Available in Canada? Unknown
Price: Unknown, but Comcast is reportedly considering a free ad-supported version.
Content library: The back catalogue of Universal Pictures and the NBC television network.
Major titles: Reboots of Comcast-owned titles like Battlestar Galactica, Punky Brewster and Saved by the Bell, and familiar reruns like the U.S. version of The Office (coming in 2021).

Launch: May 2020
Owner: AT&T
Available in Canada? No. Crave (see above) will have the rights to original HBO Max programs.
Price: $19.98 per month (for a premium Crave subscription)
Content library: HBO original programming and the TV, movie and cartoon library of Warner Bros.
Major titles: The Sopranos, Friends, a reboot of Gossip Girl, and a Dune spinoff series from Canadian director Denis Villeneuve.