Crimes of nature 'People of a Feather' and 'West Wind: The Vision of Tom Thomson' 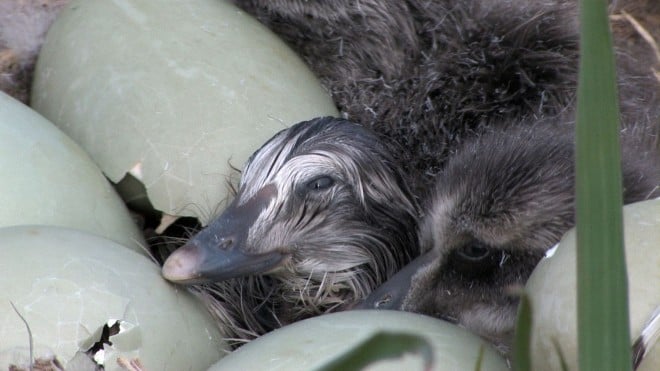 An eider duck hatching in 'People of a Feather'

For those who don’t feel like taking a chance on The Lucky One, the latest Nicholas Sparks flume ride into romantic melodrama, there are two locavore options on the cinematic menu this weekend, at least for residents of Toronto. Both are documentaries, and both use rhapsodic images of Canadian landscape to tell tales of beauty and loss. The films are People of a Feather, an award-winning doc about how Quebec’s epic hydro-electric dams have rewired the refrigeration of sea ice in Hudson Bay; and West Wind: The Vision of Tom Thomson, a rich biography of the Group of Seven painter that illuminates his art and sheds light on his mysterious death in Algonquin Park’s Canoe Lake. 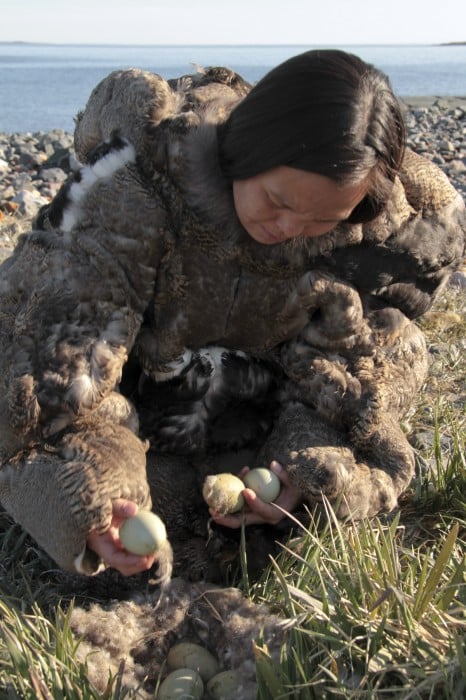 Gathering duck eggs in 'People of a Feather'

People of a Feather was named best B.C. film of 2011 by the Vancouver Critics Circle and won awards at festivals in Vancouver, Victoria and San Francisco. It’s not hard to see why. Beautifully directed by Canadian filmmaker and ecologist Joel Heath, it combines exquisite footage spanning seven winters on Hudson’s Bay. It focuses on the Inuit who hunt off the Belcher islands—those long claw marks on the map—and their fragile relationship with the eider ducks that produce the warmest down feathers in the world. It’s a quiet-but-dire drama of shifting ice and changing currents, showing how the bay’s complexion is profoundly altered by the giant dams on the rivers that flow into it.

If this were just a dry lesson in ecological havoc, there would be no reason to see People of a Feather in a theatre. But not unlike the work of Inuit director Zacharias Kunuk (Atanarjuat), the film has a beauty and tempo that takes it into that altered consciousness of Arctic Time. The rhythms of the Inuit rub off. The slow-cinema sequences of life on the Bay are intercut with dazzling time-lapse photography of the changing ice patterns. The result is at once instructive and transcendent. This is climate change that can’t be denied, or ignored. 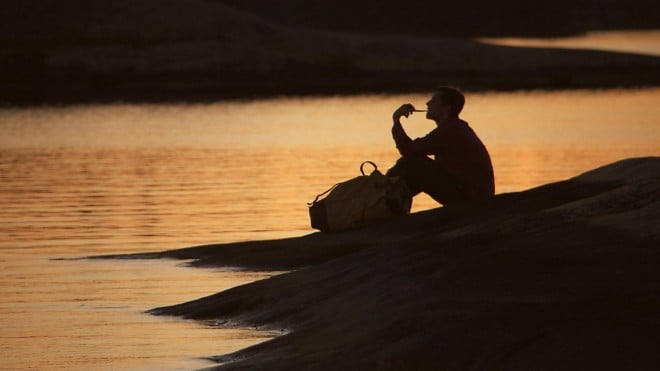 West Wind: The Vision of Tom Thompson presents a vivid and expansive portrait of the artist who has been called Canada’s van Gogh and whose death remains a fascinating enigma. Directed by Michèle Hozer & Peter Raymont, the film weaves dramatic reenactments with a wealth of archival material to bring Thomson’s to life. While it chronicles events with the conventional structure of a TV biography, what’s truly inspired is the way the camera hunts down vistas of Georgian Bay and Algonquin Park and aligns them with Thomson’s paintings, almost magically, in a series of dissolves.

Also, the reenactments of Thomson putting brush to canvas are captivating. I’m always happy to watch painters paint on camera, closing the gap  between the canvas and the screen, and those sequences in West Wind are sharply executed.

With a hand from journalist Roy McGregor, author of Northern Light: The Enduring Mystery of Tom Thomson and the Woman Who Loved Him, the filmmakers try to unravel the questions surrounding the artist’s death. They make a pretty convincing case that he was murdered and dumped in the lake, not simply drowned. It’s such an extraordinary tale, you wonder why a Canadian filmmaker, or a producer like Robert Lantos, hasn’t tried to turn Thomson’s story into a dramatic feature. But for now, West Wind serves as a satisfying portrait of the young romantic who forged his work from the pre-Cambrian shield and remains our most intriguing artist.

FILED UNDER: Nicholas Sparks People of a Feather The Lucky One Tom Thomson West Wind