What a U.S. food expert learned at Tim Hortons and Swiss Chalet 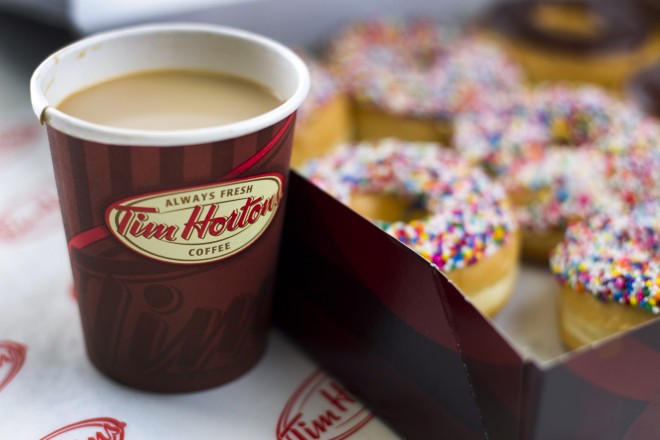 Dr. David Kessler’s The End of Overeating: Taking Control of the Insatiable North American Appetite is just one of many books on modern food, in the sense of how it’s killing us. But Kessler’s stands out for a couple of reasons. One is who he is: head of the American Food and Drug Administration from 1990 to 1997; that is to say, a public health crusader appointed by Bush the Elder, who quickly became unpopular among Republicans and was confirmed in his post by Democratic President Bill Clinton. It was under Kessler’s watch that the FDA enacted regulations requiring standardized nutrition fact labels on food. (And he wasn’t afraid to act: Kessler once had over 100,000 L of concentrate-made orange juice seized because it was labeled “fresh.”) He also launched the FDA’s most concerted effort ever to regulate the tobacco industry.

So Kessler has considerable credibility when he discusses how the food industry hijacked our brains with three substances humans find as seductive as sex—salt, sugar and fat—and how the desire for them has overthrown thousands of years of conditioning to create an unprecedented culture of overeating. The ancient question, “Is food available?” used to mean, Kessler writes, “Are we facing famine?” But in modern North America it means, “Can I get food nearby?” and, more importantly, “Can I eat it anywhere, anytime?” The decline of meal structures, the blurring of distinctions between snacks and meals, combines with unhealthy yet addictive ingredients to create the dual engine that powers overeating. We now eat everywhere: in class, in business meetings, walking down the street. Everything else, from 24-hour availability to the vast portion sizes in restaurants, comes from that development. And the so-called French Paradox—meaning the enigma of how the French maintain lesser levels of obesity and heart disease than North Americans despite eating more fat—is not a matter of red wine or the type of fat involved, says Kessler, but because the French until very recently maintained tightly structured eating times. They ate, as we did two generations ago, three meals a day, period.

Kessler’s other claim to Canadian attention is that his publishers asked him to head North for a little CanCon. So, dedicated scientist that he is, Kessler crossed the border, loosened his belt and dropped in on, among others, Tim Hortons and Swiss Chalet. (He doesn’t write that he tried any poutine, but a reader can actually feel Kessler’s eyes widen as he describes the dish, not to mention Swiss Chalet’s offer to “poutinize” a customer’s fries for a mere $1.99.) The good news on the True North: “things aren’t as bad here as they are in the United States.” Not that they’re good, but an obesity rate of one-in-four beats the American one-in-three rate. Food portions in restaurants are not as large as in America, and “there was a homemade quality to most of the food” in a Jack Astor’s or Swiss Chalet. (That comment is more than a enough to fill a Canadian reader with appalled fascination over what he might find in a U.S. chain.) Essentially, we’re heading in the same “troubling direction” as our neighbour, Kessler concludes, “as the ingredients of conditioned hypereating are assembled.” That means Canada, Kessler notes, still “has an opportunity to change course.” He doesn’t sound like he thinks we’re going to take it.