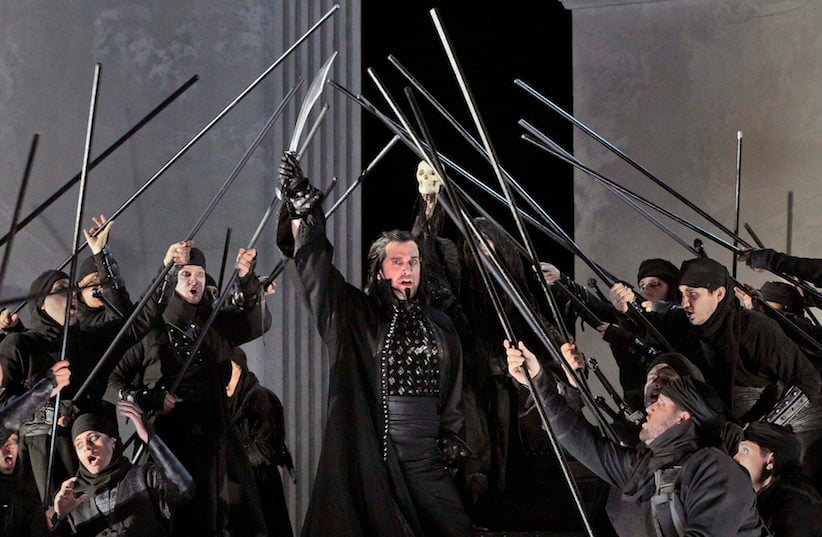 It was just supposed to be an opera review, but in some people’s eyes it has left the Canadian Opera Company looking mercilessly petty and the National Post looking worse. On May 3, Arthur Kaptainis, the well-known critic for the Montreal Gazette and the Post, filed a piece on the COC’s Maometto II, an opera by Rossini. When it ran, Jennifer Pugsley, a press representative for the COC, emailed Dustin Parkes,  executive producer of arts and culture at the National Post, officially to correct two errors, but really to complain about Kaptainis.

Rather than correct the simple errors, Parkes pulled the review and didn’t inform Kaptainis until days later, according to the Washington Post. Not knowing, presumably, what further edits might be made to appease the COC, the critic told Parkes to spike the piece.

So, no review. Just a silence, for a time. Then the online magazine Musical Toronto published the original review and announced that Kaptainis had resigned from the Post, where he had been freelancing. This instantly brought international attention to a story about art criticism in Canada—which is like a comet and a Habs win at the same time.

In an attempt to set things straight, the COC published their email exchange with Parkes on classical music’s favourite blog to hate, Norman Lebrecht’s Slipped Disc. It was the right thing to do. And it’s so much fun to read. Parkes admitted something that most critics suspect, but which we usually can’t prove.

“Oh, wow,” his email began. “I will take it down immediately, and wait until we have the time to adjust it to put it back up again. I would love to talk about coverage with you…”

His note wasn’t just about letting Pugsley know the errors would be fixed. He continued:

I really hate running reviews for performing arts. They simply get no attention online, and almost always end up as our poorest performing pieces of digital content. On the other hand, I really want to give attention to performing arts, especially for the best stuff this country is producing. I think the way to best do this, and get eyeballs on the content as well, is to emphasize the visuals being created, either through photography or video.

Anyway, we can talk about that at a later date… And like I said, I’d love to work something out.

Parkes’s email ended on a note that is as revealing as anything else in it:

I felt so badly about having to cancel my tickets to last week’s performance at the last minute, that I dare not ask for another opportunity. Honestly, it was a last minute thing for an assignment opportunity, and if I had known any sooner I would’ve let you know. But now that you’re offering, I’d love to see it. Either of the Saturday shows would work well for me. Whichever has more tickets available is absolutely fine, so I don’t put out the COC any more than necessary.

He is sweet to be so worried about how the COC feels. The entire exchange is here. “Oh wow” refers to the corrections Pugsley asked for. One of them is a captioning error that was Parkes’s (or another National Post editor’s) fault, and the other is whether a dancer in the production was a belly dancer or a ballerina.

After the emails became public, Pugsley’s and Parkes’s day got worse. “It’s me. Under the thumb of BIG OPERA,” Parkes tweeted.

But there is a bigger story here than the National Post having a bad day. Parkes admits he hates criticism because it ruins the monthly numbers, a problem for any newspaper editor today. Best to just cut it and write something about Justin Bieber and tacos. In the Age of Metrics, the poor performance of criticism has been the perfectly shaped stick to beat critics with. If it engages a passionate local community—when I freelanced for the Montreal Gazette, I regularly met readers who told me that Arthur’s and my reviews were their only reason for subscribing—then that’s just hearsay, it doesn’t matter. Besides, the quality of the readers is less important than their quantity.

Much reading about classical music still happens on paper, it is difficult to measure, and likely the readership is small. Anne Midgette at the Washington Post first made this point in her piece about the mess.

Tuesday’s circus is part of a national Postmedia trend—calling it a decision would imply there is a strategy—that has cut reviews all over the country. Kaptainis’s resignation is only the latest, and unlike the rest it was done in public. Today, Postmedia only retains freelancers Natasha Gauthier* at the Ottawa Citizen and Ken Delong at the Calgary Herald, where Stephan Bonfield also writes about opera. Outside the ecosystem of a company that exists to make cash flow for an American hedge fund we have Claude Gingras, who retired from La Presse this past December, Michael Vincent (who publishes Musical Toronto) holding up the Toronto Star, and Christophe Huss at Le Devoir. I’m not talking about speciality media and it will be clear in a moment why.

One full-timer and three freelancers isn’t enough for a country with over 40 orchestras and opera companies, a rash of indie producers and boatloads of excellent chamber groups. I can go to a different concert every night in Montreal, and frequently two or three. How many stories aren’t being told? How much quality work is missed? And how much muck unraked?

Criticism doesn’t have fewer readers than it used to. It never had them, just as classical music never sold enough tickets. Newspapers have always subsidized criticism just as patrons supported classical music; they just used to have the money to do it and it was considered part of their identity. Papers thought of themselves as places for intellectual expression and debate, not just opinions about politics and sports and Kanye.

Today, even ambitious papers are struggling in an advertiser’s market with high legacy costs, outdated production systems, and management mostly too dim to understand why readers are paying for investigations or funny and critical writing elsewhere.

On the other side there are the institutions putting on music and opera, the arts admin quants, who can’t appreciate the role critics play in the ecosystem. Who would want to admit we are useful? We’re monsters, paid to mouth off, misunderstand things and call belly dancers “ballerinas” when they are obviously trained ISIS sex witches.

Critics are hypersensitive, opinionated, (mostly) educated audience barometers. None of us would have careers if we didn’t speak to a significant readership, many of whom are the kind of people who buy tickets. The best critics can even transcend their genre through the quality of their writing, or their ability to link ideas in music with other ideas in contemporary culture. Those are the best kinds of critics to reach people who do not buy tickets, yet.

These potential audiences aren’t subscribing to the proliferating number of speciality magazines for classical music and opera. They’ve never heard of these magazines. But they are exposed to mainstream media.

The end of mainstream criticism is also the end of a kind of public enthusiasm about art. The best critics, my heroes, have an almost magical ability to reveal ideas and clarify experiences. They can move people, welcome them to the conversation and create opportunities for new experiences with art. And they can be a lot of fun, puncturing the sanctimonious balloon of art-as-spiritual experience that turns so many people off.

I don’t think anyone will notice the difference soon, but it will be arts organisations like the COC who will lose most from the absence of critics in the mainstream press. When something is good, or even when it is bad but still worthwhile, we are their most energetic and earnest supporters. Readers can trust us because we don’t owe anybody praise, and if we chose to write about an absurd, niche art it’s because we love it. There’s just no way to fake it. Criticism isn’t just some “content.” However little you pay an arts critic, you’re never buying their passion.

* A previous version of this story included the incorrect first name for Natasha Gauthier. Maclean’s regrets the error.