What Little Mosque on the Prairie Would Be Like Today

With hate crimes against Muslims rising, Zarqa Nawaz talks about how her show would play now 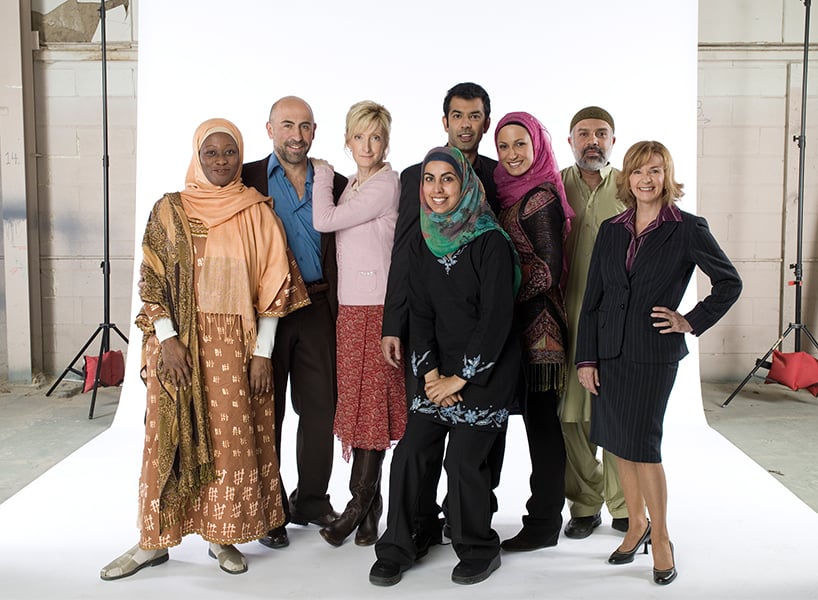 In 2007, with Muslim-Canadians still coming to terms with the changing cultural landscape after 9/11, writer Zarqa Nawaz invited audiences to visit a little mosque on the prairie—and a decade later, the messages in the famed CBC show still ring true.

“The content of Little Mosque on the Prairie is just as relevant as it was 10 years ago,” says Nawaz. “It’s just if I was going to make a show today I would have to take into consideration everything that’s happened since then and I would definitely have a show with a different tone and sense of comedy.”

That change is directly connected to the shift in how Muslims are being treated in Canada. Statistics Canada recently released a study showing a dramatic rise in hate crimes, particularly those against Muslims. Between 2014 and 2015, police reported a 61-percent increase in crimes specifically targeting Muslims.

Nawaz’s CBC sitcom was set in a small, fictional Saskatchewan town called Mercy, where a mosque, led by a young, new imam, operated within the parish hall of the local community church. In the show’s six seasons, Nawaz aimed to use the comedy of Little Mosque on the Prairie to explore some of the serious subjects—such as feminism, culture and faith—that she encountered as a Muslim woman growing up in Canada and she noticed as issues within her community.

These topics have recently gained new momentum and complexity in the Trump era. According to the recent Canada Project survey, six in 10 Canadians agree to some degree that Islamophobia is a problem in this country. That means four in 10 somewhat or strongly disagree that it’s an issue—a stark contrast, especially when you consider those Stats Can results.

“Do we have a problem with Islamophobia in this country? Yes we do,” Prime Minister Justin Trudeau said at an International Women’s Day event in March, referencing the rise in hate speech that Canada has seen recently.

Nawaz says that the anti-immigrant, anti-refugee and anti-Muslim sentiments were happening when Little Mosque on the Prairie was in production and became part of the show. For instance, in reaction to sports leagues banning hijabs from the soccer pitch, the show created an episode where one of the main characters is not allowed to participate in a curling match because of her headscarf.

“We were sort of mimicking what was happening around us at the time, like the fear of ‘The Other,’ and trying to break it down through story,” says Nawaz.

If Little Mosque aired today, she says the same approach would apply, but the overall feel would need to be different, largely because of the way social media has changed how people talk about and react to the news.

“Things are moving fast, people react faster, people get angrier faster and you would have to have sort of that pace and that tone and the energy in that show,” she says, adding that thanks to how connected the world has become, Little Mosque is still being discovered by new communities around the world and particularly by those in Muslim-majority countries.

One scene that Nawaz would’ve wanted to dig into if Little Mosque was still on the air would be, of course, the U.S. election. When Stephen Harper was campaigning for prime minister, Nawaz says she remembers seeing her community become far more politically active “because they realized that their survival was at stake and they couldn’t just sit back on the sidelines and be spectators, they had to become involved.” What that meant was engaging with other minority groups who had a stake in the election, such as First Nations communities. If she was to create an episode that dealt with the recent U.S. election of president Donald Trump, she says she would show a similar sense of different minority communities coming together. She would also add in new characters.

“I mean the show would be more about people who are politically engaged,” she says. “I think that those stories would probably dominate and the stories about the rise of these fascist, racist groups in Canada and the United States would have to be part of it, and maybe even a character who’s part of that.”

Nawaz says that she would also include scenes where in reaction to the growing Islamophobia, the mosque community would participate in more civic engagement. In her local community in Regina, Sask., she’s seen this in action and calls it the “silver lining” to a very dark cloud. For instance, in Ontario, Mississauga’s Muslim community recently invited the public to join them for Ramadan Iftar, the breaking of the sacred fast. This level of engagement in the local community and outreach is a new drive, according to Nawaz, in an effort to counter people’s misperceptions and fear of Muslims.

“I feel that there’s much more, we have to go out, we have to participate and we have to be seen as people who care,” she says.

If Little Mosque aired today, it would also require a shift from what Nawaz describes as a “gentle” comedy with no swearing or racy scenes to something a bit grittier because of the recent shooting at Centre Culturel Islamique de Quebec, a tragedy she says shows that Canada is not immune to the repercussions of President Donald Trump and anti-Islam sentiments.

“If I was to do it again, it would have to be much more cutting, much more deliberate,” she says, adding that she would create episodes that deal with the anger on both sides of the divide. “I would have to deal with overt racism in a much more direct fashion because that’s what’s happened.”

However—though times have certainly changed—at its core, Nawaz says Little Mosque would remain a show less about religion and more about people. “I remember kind of realizing that after a while because I was struggling to find Muslim-related topics and it was getting harder and harder with every season cause you kind of exhaust all that and then you realize, it’s just a story about relationships between human beings who happen to be Muslim.”