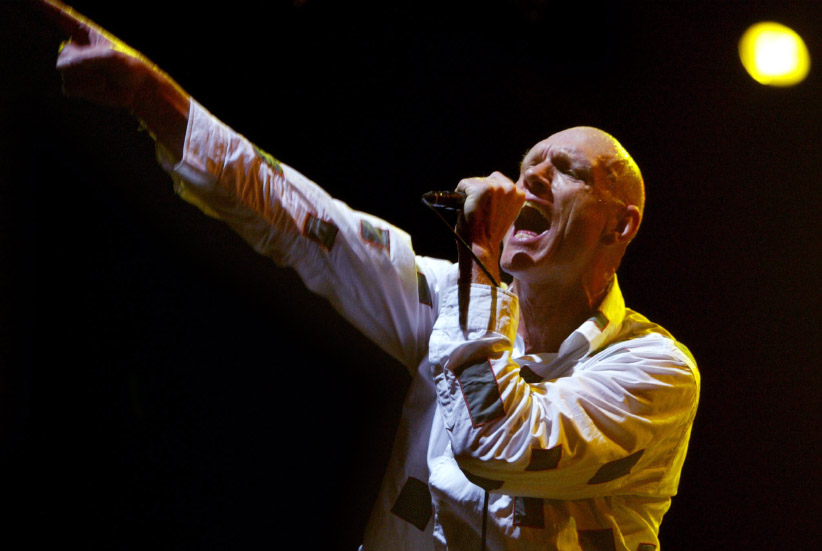 Peter Garrett was the lead singer of Midnight Oil, one of Australia’s biggest musical exports of the ’80s and ’90s, remembered for their powerful live shows—Garrett was one of the most intense performers of his day—and for setting lyrics about environmentalism and Indigenous rights to rock songs that somehow became international pop hits. In 1993, Midnight Oil could fill arenas in most of the Western world, but that summer they instead accepted an offer from the Tragically Hip to co-headline Another Roadside Attraction, a cross-Canada travelling festival that also featured Daniel Lanois, Crash Vegas and more. It was a coup for the Canadian band, proving that they had truly ascended from glorified bar-band status to being worthy of international respect.

Midnight Oil went on indefinite hiatus in 2002 when Garrett ran for public office. In 2004, he was elected as a member of the Labour Party, and in 2007 became Australia’s minister of the environment; in 2010 he was shuffled to the education portfolio. He did not seek re-election in 2013. Last year he published a memoir, Big Blue Sky, and last month he put out his first solo record, A Version of Now. Midnight Oil have since announced plans to reunite. Maclean’s reached him on tour in Australia to talk about the friends he made in Canada 23 years ago.

I’m sorry to be calling you on such an occasion. But as I’m sure you’ve heard, the Tragically Hip is playing one final tour, and needless to say, the gigs have been very emotional.

Oh yeah, he’s singing on stage for 2½ hours every night.

A. Standing or sitting?

Many years ago I interviewed the band for a book I co-wrote, and they told me that the time they spent with Midnight Oil on the road in 1993 was quite formative for them.

A. Our bands are quite similar in some ways, and obviously very popular in their own countries by doing something non-derivative. The bands were very much creatures of their own instinct for music without too much mind paid to what was going on around them, in terms of the fashionable music of the day or on the charts. We discovered when we first came to Canada—and did that big summer tour and got to know them better that—there was something refreshing to find another outfit that approached the game a little bit like we did. It’s devastating news, obviously, that he’s terminally ill, but what a glorious vindication of a life’s calling to go out in this fashion.

When did you first hear of them? Was it before you came to Canada or after you got here?

A. It was when we first came to Canada. It was fascinating to discover a band that was spoken of so much and came to dominate the music scene there who really weren’t known anywhere else—certainly not in Australia. They’re a rock band and so are we, and yet in that frame they were producing their own music and Gord had quite a distinctive lyrical approach, which added another dimension to what they were doing. Then of course when we got to meet them and found out they were good people to have around, it added to the bloom. 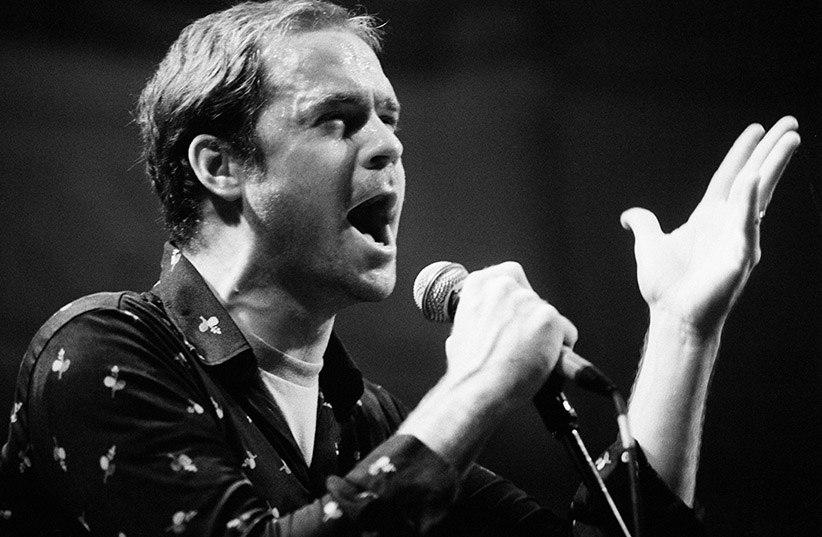 What did you think of the offer to join them on that tour? You were doing very well in North America at that point; I saw you play arenas here in Toronto prior to that. [Tragically Hip bassist] Gord Sinclair told me your credo was that Midnight Oil never opened for anybody.

A.No, that’s true, we didn’t. We might have opened for the Ramones once early in our career, and that’s it. Well, look, we felt like we were joining them on tour. It was an opportunity to broaden out and play with a band with whom we felt some kind of weird cross-hemisphere affinity. That doesn’t always happen. We also could see that they were socially and politically aware and connected people. It was also around the time the Clayoquot Sound of clear-felling on the West Coast was becoming very controversial. The Hip had spoken out about that. We ended up doing a song together [about it] with Daniel Lanois in a studio in Calgary. Those experiences are special and rare. That [anti-clearcut] campaign was ultimately successful, which is another good thing. It’s one of those chapters in your touring life that you don’t expect to happen. When it does, you come away feeling the world’s a better place. [Clayoquot Sound is now a UNESCO biosphere reserve.]

Sinclair told me how nervous they were having you on that tour because the Hip considered Midnight Oil one of the best live bands on the planet. He said that for all the camaraderie on the tour, that, “We knew they were out to steal our audience every night.”

Their manager said that on the first night of the tour they were all watching your set, and it was amazing, but the second your last chord rang out, the crowd started chanting for the Hip. That’s something that happened to every one of their opening bands for years, and Hip fans got a bad rap for years because of that. Do you remember experiencing that?

A. Yeah, but as long as they didn’t do it during our show, you know? In some ways, they’re a mirror image band, because our audience was very similar in Australia.

A. Yeah, unfortunately. It was an amazing time, because they had clearly had broken really big. When a band reaches a point where communication with an audience is like a charge of electricity and it fires up a generation—that’s no small achievement in any country. Watching that elevation happen was terrific, and they deserved all the success they had at that point in time. I have no doubt that their legacy will be deeply felt in Canada.

You had that level of success at home in Australia, but my impression of the Tragically Hip at that time was that they were still learning how to deal with that size of a crowd and the responsibilities that come with that, commanding an audience who had such a fervour. Sinclair told me how they would watch you deal with ignorant behaviour—pushing, mauling, whatever—and not be afraid to single people out and wait for security to remove them. Did you have any conversations with Downie about the responsibility of a frontman?

A. I can’t say. What I took away from it was that most other artists don’t really give a s–t: They want to get out there and they care about their music, but they’re not really thinking about the implications of playing in a certain place or the safety of their fans or the effect they’re having more broadly. The Hip are very thoughtful people. I remember having conversations with Gord that were not lightweight.

After that period, the mood of the band changed, both the material and eventually the fact that Downie started playing guitar on stage, which changed the dynamic entirely. He also talked to me about his concern for the women in the audience getting jostled by testosterone-heads.

A. It’s a hard thing. You make sure you take all the precautions. Managing mass popularity is never easy. You don’t entirely manage it; it manages you. There are some things you can do. Both [our] bands were on the side of ensuring that all women at a Tragically Hip performance should be accorded the same rights and respect as anyone else. Of course, at 9 o’clock at night in a crowd of 15,000 people who’ve had a few beers, it’s easier said than done.

Did the Tragically Hip have any resonance in Australia?

A.I’d love to say that they were a highly esteemed cult band in Australia, but for reasons I’m not sure of, they’re not. We brought their CDs back and spread them as far and wide as we could. I had some friends at radio down here and I’d bring them stuff from our travels; that’s what musicians do. People sort of got it, but it didn’t catch for whatever reason. I’m pretty sure they never played Australia. Whereas we played a lot in North America, starting out at colleges, then clubs and so on. You don’t make sense of the musical vision and the fabric of the lyrics until you see the band. I feel like unless you saw them, you weren’t going to get the full picture. They were Canada’s best-kept secret.

Michael Barclay is the co-author of Have Not Been the Same: The CanRock Renaissance 1985-95